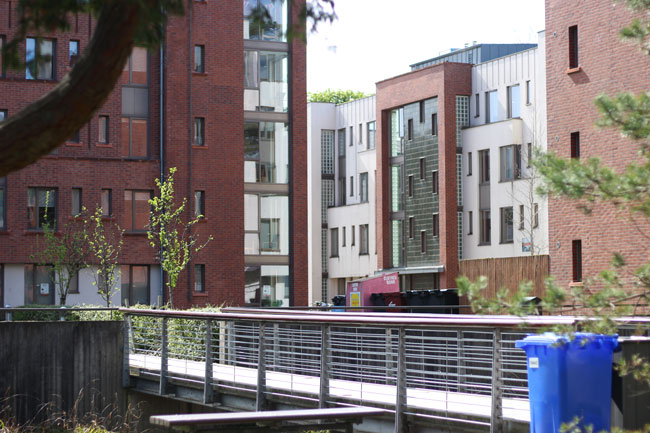 The Journal today reported that residents living around Halls had said “no” to the extension which would increase the number of beds in Halls to 1,283.

Two residents of Temple Rd, Martin and Mary Thornton, told the Journal that they had witnessed Halls residents “singing and screaming at the top of their voices, drinking and urinating in public, smashing glass bottles and walking in the centre of the road with total disregard for their own or others’ safety”, adding that increasing the number of students living in Halls was “totally unacceptable”.

In an email statement today, Hand said that “in the midst of a National Housing Crisis, the objection from Temple Road residents to the development of further, vital bed spaces for students, along with the threat of legal recourse against Trinity College Dublin is deeply concerning”.

“The reported issues of anti-social behaviour and the proposed redevelopment at Trinity Hall are separate matters”, he said. “The conflation of these issues comes at an opportune time in the planning approval process and are intended to halt this crucial redevelopment.”

“Trinity College has demonstrated a commitment to addressing the reported anti-social behaviour experienced by the residents of Temple Road.”

Trinity has in recent years introduced a shuttle bus to bring students from Halls to the LUAS stop, and full-time wardens and security are stationed on the grounds also.

Hand added that the union was “extremely concerned” over the residents’ allegations, saying that they “represent the broader population of students in Trinity Halls and misrepresents the efforts made to tackle these reported issues”.

Hand also said that he had never seen “anything like the scenes depicted” during his time in Halls and that it is “important to note that we cannot be certain that the behaviour they allege came from Trinity students”.

Speaking to The University Times last September, former Dean of Students, Kevin O’Kelly, said that rooms in the development, which will see students sharing bathrooms rather than having ensuites, will be almost 20 per cent cheaper than the rooms currently in Halls.

A decision was made at College Board to make the accommodation as cheap as possible, O’Kelly said. “The mandate from Board was to see how low we could go with the rent.”