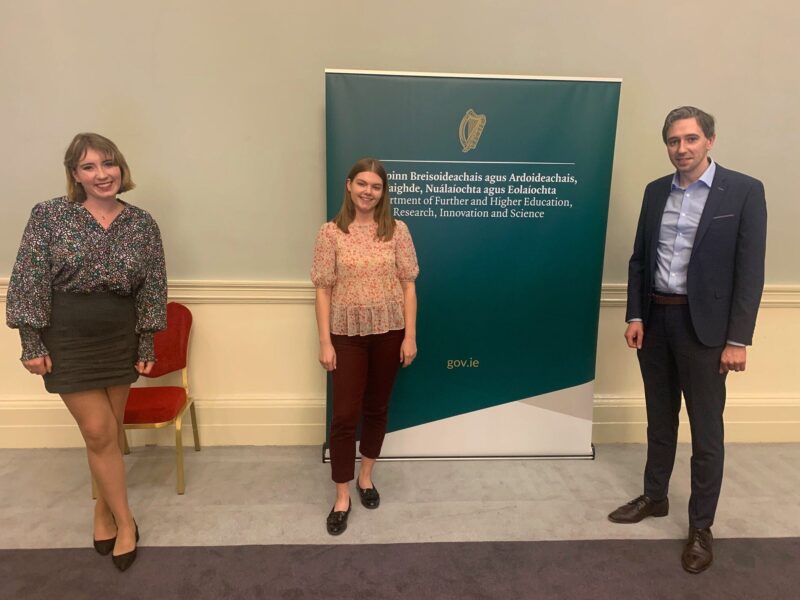 The meeting – which included a number key stakeholders in higher education – revolved around tackling sexual violence and harrassment on Irish campuses, something that Harris has pointed to as a priority for the government.

Keogh told The University Times that “funding was a huge priority of mine”.

“What I pointed out was that the more proactive we are now, the less reactive we have to be”, she said. “So proactivity looks like focusing on consent education, hiring consent interns.”

“The point that I raised was that we need consistency, and to get consistency we need money”, she added.

In the meeting, Harris described sexual violence on campuses as an “epidemic”, adding that he wants “the third level sector not to be a problem area but a leader”.

Last year, the government published the Framework for Consent in Higher Education Institutions, which set out guidelines for higher education stakeholders to follow in tackling sexual violence. The guidelines emerged from a working group in Dublin Castle in October 2018 and were put together by an expert advisory group.

At the meeting, Keogh questioned how universities could be incentivised to adopt the framework.

“Essentially we want institutions to be striving to not only deliver the best academic service but more than that we want them to strive to create the best student experience, and that’s one of zero harassment, zero sexual misconduct and zero sexual violence”, Keogh said. “It’s a big task but the minister said he was committed to delivering that this year and that he wanted to be proactive.”

Standardisation was also an “overarching topic”, Keogh said, adding: “Right now in Trinity we have first responder training that strives to equip the people that would be receiving disclosures to deal with them appropriately but that’s not a national thing.”