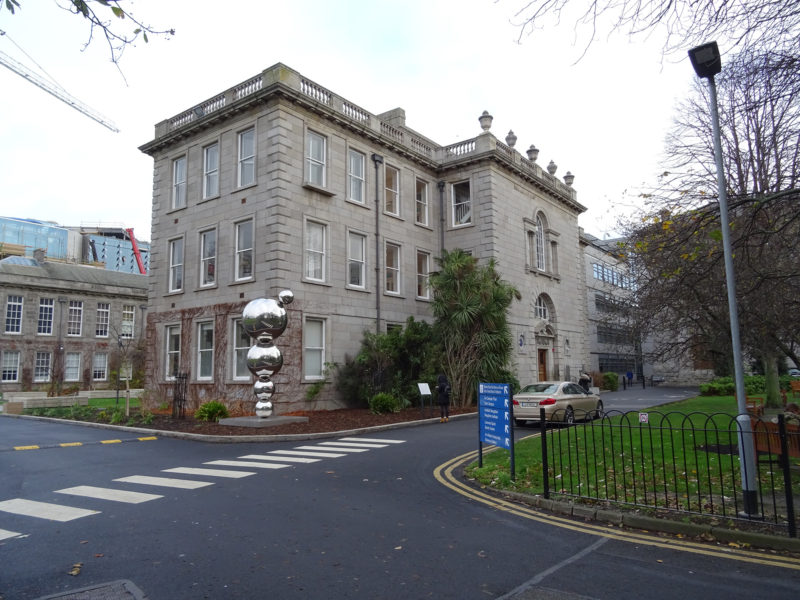 Researchers at Centre for Research on Adaptive Nanostructures and Nanodevices (CRANN) and Trinity’s School of Physics have created a new device which emits single light particles from quantum dots, which are vital for quantum computers and communications.

The team has improved on prior designs for similar devices which allows for a controlled emission of single light particles, known as photons. This emission produces entangled states of pairs of quantum dots, a type of nanoscale material.

Quantum computers will be more powerful than classical computers, as current systems process and store information in bits of either 0s or 1s whereas quantum bits – or “qubits” – can be 0 and 1 simultaneously.

One Trinity team is currently trying to make a system which uses single photons of light emitted in a controlled way in time and space from quantum emitters, as a possible way of making quantum computing a reality.

Prof John Donegan, CRANN and Trinity’s School of Physics, said in a press statement: “The device works by placing a metal tip within a few nanometers of a surface containing the quantum dots.”

“The tip is excited by light and produces an electric field of such enormous intensity that it can greatly increase the number of single photons emitted by the dots. This strong field can also couple emission from pairs of quantum dots, entangling their states in a way that is unique to quantum emitters of light”, he said.

In a press statement, Prof Ortwin Hess, professor of quantum nanophotonics in Trinity’s School of Physics and CRANN, said: “By scanning the metal tip over the surface containing the quantum dots, we can generate the single photon emission as required.”

“Such a device is much simpler than current systems that attempt to fix a metal tip, or a cavity, in close proximity to a quantum dot”, he added. “We now expect that this device and its operation will have a striking effect on research in quantum emitters for quantum technologies.”