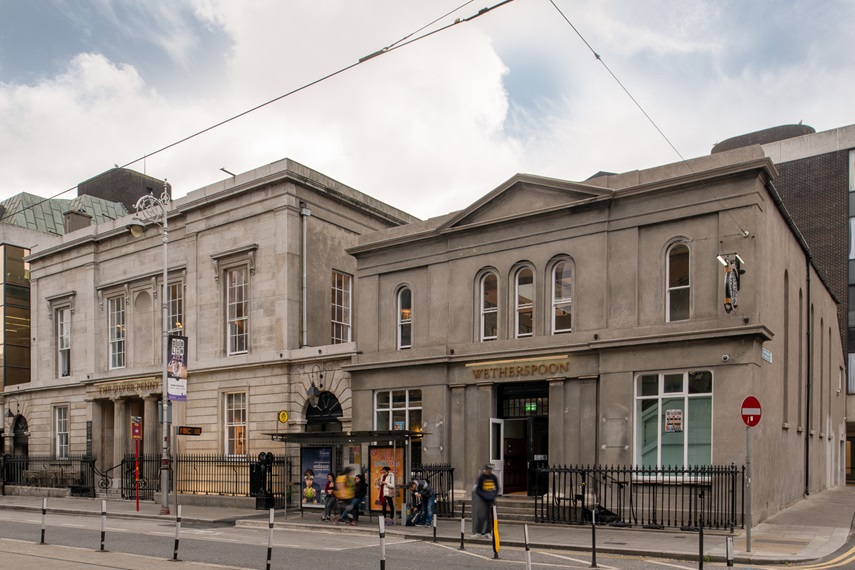 The pub chain Wetherspoon is set to open its new pub and hotel on Camden St on October 20th, the Irish Times has reported.

The company is investing over €21 million in the project that is set to create 200 jobs.

John Hutson, Wetherspoon chief executive said that the pub and hotel is the company’s
“biggest single investment on a site” and its largest hotel, the Irish Times reported.

“We believe the pub and hotel will be a great asset to Dublin and hopefully it will act as a catalyst for other businesses to invest in the city”, Hutson said.

“The project has gone back a few months as building work was put on hold due to Covid-19, however, we are delighted that building work is once again underway”, Hutson added.

The group is looking to hire as many as 200 staff to run the property which features two bars and two enclosed courtyards.

The firm operates over 875 pubs and 50 hotels, with seven pubs and one hotel in Ireland. One of its pubs, the Silver Penny, is located on Abbey St in the city centre and the firm is developing another on Grand Canal Dock.

Most of the chain’s pubs and hotels have reopened in England, and there are plans to reopen its Irish sites on July 20th.

Last December, Wetherspoon’s confirmed a €30 million investment into the expansion of the brand in Ireland, with additional developments Galway and Waterford also underway.

“We are looking forward to opening many more new pubs as well as investing in existing pubs over the next four years”, Wetherspoon’s founder and chairman Tim Martin said at the time, the Irish Times reported.

“We are confident that the new pubs and hotel will prove popular with a wide variety of people”, he added.