When it comes to systemic racism in third-level institutions, it’s safe to say that toppled statues, extended reading lists and tokenistic faculty positions fail to address structural issues in any long-lasting way.

In the wake of anti-racism protests across the world in response to the murder of George Floyd, colleges and universities need to go far beyond surface-level changes if they wish to make any meaningful impact. This much, at least, was clear to Trinity students Jennifer Waters and Claire Stalhuth, who set up a petition to introduce a Black Studies module to Trinity. Within 24 hours of its launch, the petition had received over 1,000 signatures. Within two weeks, Provost Patrick Prendergast had given it the go-ahead.

Dr Clodagh Brook, the coordinator for the new module – which is set to launch during Hilary term – describes the elective as “a really important step as it will expose students to the lives and history of African-descended people”.

“Trinity students are expected to become keen critical thinkers during their time with us”, Brook says, “and this module aims to create the intellectual tools for disrupting how we normally see things, as well as countering miseducation about Black lives”.

For Brook, scholarship and social change are intimately connected and the importance of an elective such as this is its capacity to galvanise young people by engaging them with racially-linked issues. “It will help forge students who understand the Black experience better, have the tools they need to push back against racism and to play a strong part in a fairer and more inclusive global world”, she says.

According to Dr Ebun Joseph, coordinator of the first Black Studies module in Ireland at UCD, this fact that there is “little or no link” between society and the academic sphere is a “major problem” – and Black Studies, as a discipline, is bent on redressing it.

It will help forge students who understand the Black experience better, have the tools they need to push back against racism and to play a strong part in a fairer and more inclusive global world

“Our knowledge is inside books or inside journal articles that are hidden behind paywalls that you have to be within the academy to read it so people in the community cannot access it”, she says.

For her, “one of the biggest traits of Black studies” is its intent to make the connection between research and lived experience. “Black studies is not just within the four walls of the university” she says.

“What you learn, you have to take it and practice it in the community”.

Cynthia Young, head of African-American studies at The Pennsylvania State University, echoes Joseph’s thoughts. “What I think is very exciting about the Black freedom struggle and Black studies generally is that it is insistently connected to the local”, she explains. “It is always trying to think about: ‘What are the local conditions? How do we address those local conditions? How do we draw strength or information or advice from other struggles of Black communities and other communities around the world?’”.

From historical revisionism to the celebration of culture and heritage, Black academics have worked to integrate a range of issues into other disciplines for decades. In the United States, Black Studies developed as a third-level discipline in response to the civil rights movement of the 1960s and to students’ demonstrations on college campuses.

Joseph says that the discipline “liberates people from the one-sided, white-washed education that we present to people”. For her, equipping students with critical-thinking skills in order to understand racial inequality and stratification is of critical importance. When introducing the module, she grappled with various questions: “What does a person need to know about being Black? How is the history of Black people portrayed? What is the counter-story? What is the history of Black people before their enslavement?” She says these are “key things” she wanted to look at. 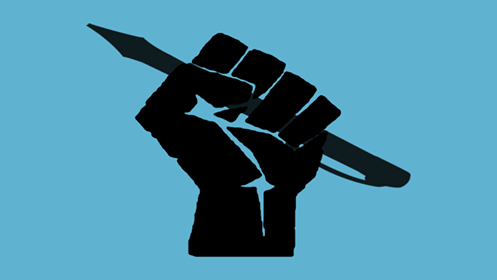 Joseph says that the launch of the module would not have been possible without support. “It was impossible to get any college, any university in Ireland to incorporate Black studies or African studies. The only reason I got it going in UCD was because I had a sponsor and an ally in Professor Kathleen Lynch.”

In Ireland, racist institutions have a troubling history of disavowing responsibility. The direct provision system and the anti-immigration stance that has shaped policy-making in the last two decades are obvious examples – but the Irish education system has also played a role in preserving more abstract, but equally pernicious, problems, including the erasure of experience, and Eurocentric curricula. Joseph insists that “the education system has the responsibility to make sure that Black studies and African studies run through our education from primary to secondary school to university”.

Associate Professor of History and African American Studies at The University of Illinois and Executive Council member of the Association for the Study of African American Life and History (ASAALH) Dr Sundiata Cha-Jua warns that the universities acceding to recent demands “continue to have the same worldview but they’ve been forced by the circumstances to make concessions”. A total reconstruction of the education system will be necessary if universities genuinely wish to incorporate Black content into curricula, according to Cha-Jua.

Cha-Jua says that the introduction of a Black Studies module has to be “the first step in an undertaking that’s going to become much more broad and comprehensive and lead to the construction of a unit that specialises in research and teaching and community-engagement around Black studies in Ireland”.

“Much of what we do is hindered because we get students who come in who have no prior or simultaneous instruction in the Black experience”, he says. “We find that we have to put in a lot of work to help students first unlearn mythology before we can even get them in the intellectual space they can take in and see much of the scholarship as reasonable”.

“So the question”, he says, “is how do you structure the concession so that it becomes something much more powerful and profound and enduring?”. Providing resources and making systemic alterations to increase the numbers of black and marginalised students at university, he explains, is the first step.

“One of the things young people have to accept is that social movements have a lifecycle. There will come a time soon when the demonstrations will begin to trickle and ultimately fade and they won’t return at a mass level until another historical moment”, he says. “You have to take advantage of what you can extract from power in that historical moment”.

Opportunities for transformative concessions, therefore, must be seized.

For any course with the goal of addressing issues of systemic racism, meaningful representation is a necessary component. “Ideally, you would have courses where there would be a range of Black writers so that nobody sees one text as representative”.

With renewed pressure on universities to re-examine the content of their courses, concern arises over disingenuous teaching. It is a question both of training and engagement. “I don’t believe that you have to be of a community to teach that literature, to teach that curriculum”, says Young. “I think that that’s antithetical to what it means to be an intellectual, which is to say that one can read and think about and teach whatever one wants but I think there is a question about how one teaches a given text with integrity”.

Attitudes that are endemic in academic circles today are informed by tradition, limited exposure and erasure. To confront these attitudes, changes in training and hiring practices will need to precede changes in course content.

College commitment to providing a well-resourced and enduring Black Studies module is a political responsibility, as well as an intellectual one. But it’s only the first step in a process of recognition – and reckoning.