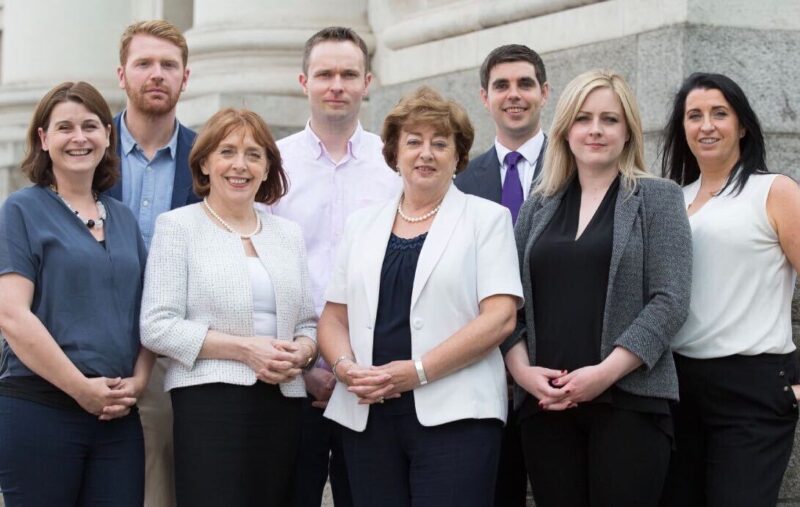 Last week, hundreds of people joined the Social Democrats in the space of just 48 hours. Many took to Twitter to announce their membership, causing the hashtag #SocDemsSurge to begin trending.

In an email to The University Times, Ryan Kelly, colleges engagement officer for the Social Democrats, said that the surge happened because the party did not “facilitate a Fianna Fáil/Fine Gael-led government”, adding: “We believe that we can offer a sensible, social-democratic alternative to the conservative politics which has held a grip on Ireland for far too long.”

A promise of change was a sentiment echoed by many left-wing parties in the general election earlier this year. However, after months of uncertainty, the Green Party entered a coalition with centrist parties Fianna Fáil and Fine Gael. This caused considerable concern among progressives and a number of young people have subsequently left the Green Party.

Ben Graham, a Trinity PPES student and former Green Party supporter says that if the Greens had different leadership which pursued less “Dublincentric” policies, he would have been more likely to stay. Now, Graham is Public Relations Officer (PRO) for the Social Democrats’ Trinity branch.

“I’ve never seen myself as a leader nor have I ever wanted to lead but, above everything else, I’ve always wanted to work to make the world a better place for everyone and I thought the Social Democrats were the party who would do that”, he tells The University Times.

Daniel Kelly, a Trinity student who joined the party last week during the surge, says that he “firmly believe[s] in increased taxation to fund our public services, and this aligns well with the ethos of the Social Democrats”, and is tired of “the repeated alternation of Fianna Fáil and Fine Gael governments”.

“It’s time for a shift in Irish politics towards newer, fresher parties”, he tells The University Times. On why he decided to take the plunge now, the BESS student said: “I think the coronavirus pandemic has exposed serious flaws in the system here. Combining this with the ever-mounting backlog of non-Covid medical procedures and tests that have been postponed or cancelled … I believe that a crisis is on the horizon.”

He adds: “The Soc Dems’ Sláintecare policy really appeals to me”, invoking the controversy over Ireland being the only remaining country in Western Europe without universal coverage for primary care.

Understandably, the Social Democrats will be looking to capitalise on this new membership base. “Our party has always been a members-driven organisation. This surge in membership means we are likely to have new branches and new candidates popping up all over Ireland” Ryan Kelly says.

“We’ve already got new branches formed in Kilkenny, Tipperary and Waterford, and it looks like more branches are on the way”. Despite the growing scale of the party, Kelly makes it clear that they will not be abandoning their principles and will “continue to champion evidence-based, fresh policy ideas”.

Although their membership may be increasing, the Social Democrats still hold only six out of 120 Dáil seats. When asked about how they will then manage to make an impact, Kelly says: “The Soc Dems are a real testament to how a small party can make a massive impact in opposition. Even with two TDs we managed to secure cross-party agreement on a universal healthcare system, increase parental leave and secure longer notice periods for tenants facing eviction.”

Trinity Social Democrats also have big plans for the future, coronavirus permitting. Graham hopes to have interviews with Social Democrat TDs as well as panel discussions with guest speakers on issues that affect third-level students such as education and housing. For now, the intention is to have these events on Zoom, which the Trinity branch sees as a positive opportunity to reach a wider pool of people and look “further afield for some of [their] speakers”.

“Our plans may be a bit ambitious based on our current membership base but it’s better to aim high than sell yourself short”, Graham says. Aiming high is something the Social Democrats have been excelling at of late and, if the current trend continues, we can expect to see the party garnering more support during the coming year.