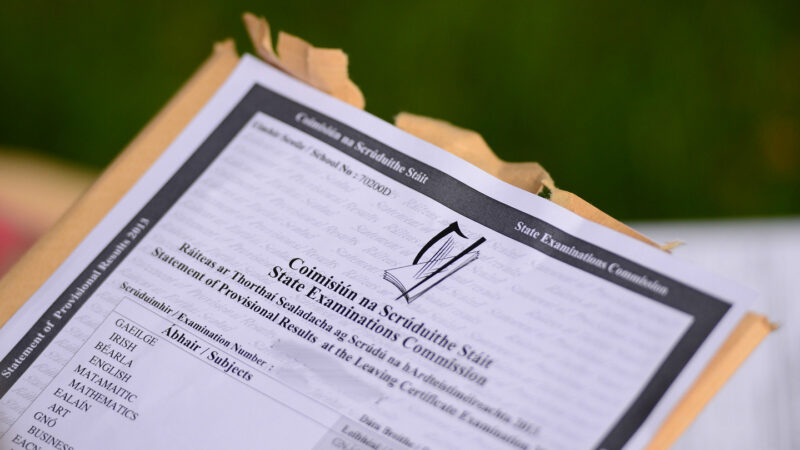 Like a check-up at the dentist or the unloading of a dishwasher, leaving certificate results day is a necessary evil in the lives of all Irish students who have managed to trudge their way through 14 years in the Irish academic system.

While for most, this day may have been marred by missed alarms or frustrating traffic queues to collect the all-consuming brown envelope, this year’s graduating class have experienced the leaving certificate in an entirely unprecedented, mid-pandemic way – by not sitting the exams at all.

Achieving a leaving certificate without actually sitting any exams may be the average student’s wildest dreams, but yesterday’s results day was filled with just as much anxiety and dread as its predecessors. With no concrete way to predict which way a teacher may have been swayed when grading, students were left psychoanalysing every class test and teacher interaction that they had in the lead up to the closure of schools.

Yet, despite such great anxiety, national results yesterday reached a record high number. In previous years, students complained that their grades were rocked by a particularly hard standard deviation question or unclear aural recordings – but it seems that the average student across the country achieved higher grades yesterday than ever before.

It’s a puzzling moment for the ever-vocal leaving certificate commentariat. While forgotten celebrities crawled from the Twitter woodwork to congratulate students on their record-breaking grades, it seems too that there are a certain number of students who are entirely perturbed by the fallout of yesterday’s national delight.

In the most simple sense – if the average points achieved by most students have increased, the requirements needed for each course are sure to soar too. This, paired with a record number of applicants to high-points courses, means that students may have to gear themselves up for a major mood change when Friday’s course offers are released.

For deferral students especially, yesterday’s results may have dissipated hopes entirely. While many may have taken a gap year for financial or personal reasons, these applicants now have the daunting task of going up against a group of students who have achieved the highest leaving certificate results ever recorded. While it may have been obvious in previous years that the leaving certificate was not quite the great equaliser it claims to be, this year may prove especially cruel.

Hope is not entirely lost for students, however. A preemptive decision by Minister for Higher Education Simon Harris to expand many university class sizes may have curtailed the disastrous potential of the not-tried-and-tested calculated grades system. While 360 of the places will be made in the health and education sectors, the remaining will be spread out across other high demand courses. Although this may allow for a greater proportion of incoming fresher students to secure their place in higher education, students should perhaps hold back on celebrations until the reality of this surge of interest plays out on Friday.

In the midst of such worldwide trauma and disarray, students being overjoyed by their grades is certainly a reason to celebrate. Yet, like many factors of this complicated and unrelenting virus, the effect of this one-year-only calculated grades system will be felt across the higher education sector for many, many years to come. And if the past is any indication of the future, this major increase in points requirements may take years to come back from.