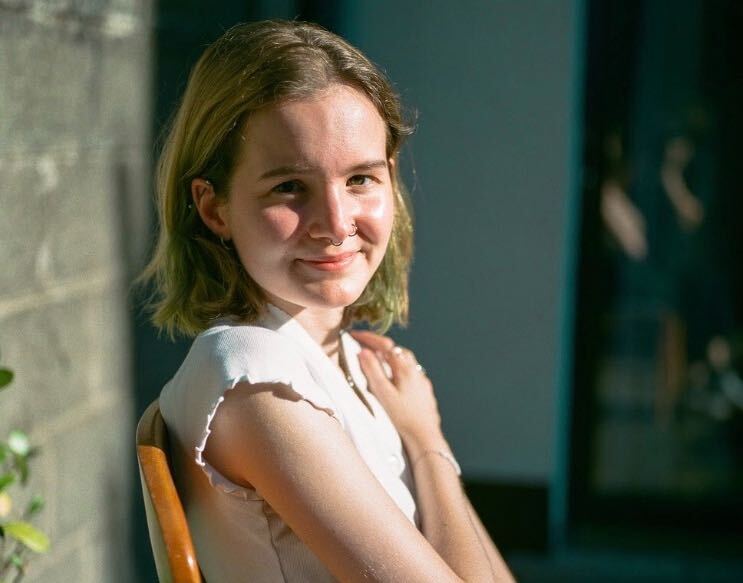 The word “queerness” will always evade absolute copybook definition. It’s a word charged with as many meanings, emotions and historical perspectives as there are shades of LGBTQ+ identities. To come closer to understanding its meaning, we must come closer to understanding what queer means to specific individuals – and through her film photography based project, Trinity student Niamh Barry has done just that.

According to Barry, the project relates “to LGBT+ people’s experience specifically within Dublin”. Through intimate portraits and their respective conversational excerpts, Barry explains that the Queer Hearts of Dublin series “explores one’s comfort within their queerness and how this queerness intersects with other areas of life, whether it be positive, negative or somewhere in-between”.

Barry utilized her Twitter and Instagram photography page to publicize that she “was looking for people in the queer community in Dublin for a project”. She tells me that at that point in the process, she had no title: “There are lots of very stringent and binary ways of thinking about queerness – I knew that I wanted diversity and not just a body of white cis male identities who are usually associated with the queer community in Ireland.”

Barry’s portraits are beautiful because they celebrate the human spirit and the will to be oneself. The disjuncture between portrait and statement is what makes Queer Hearts of Dublin so evocative. Barry wanted to give her “subjects the opportunity to say something, to make it more personal”. The series becomes poised at the intersection of the intimate and the political, the public and the private, the individual and the collective – with its success embodied in its mode of production. 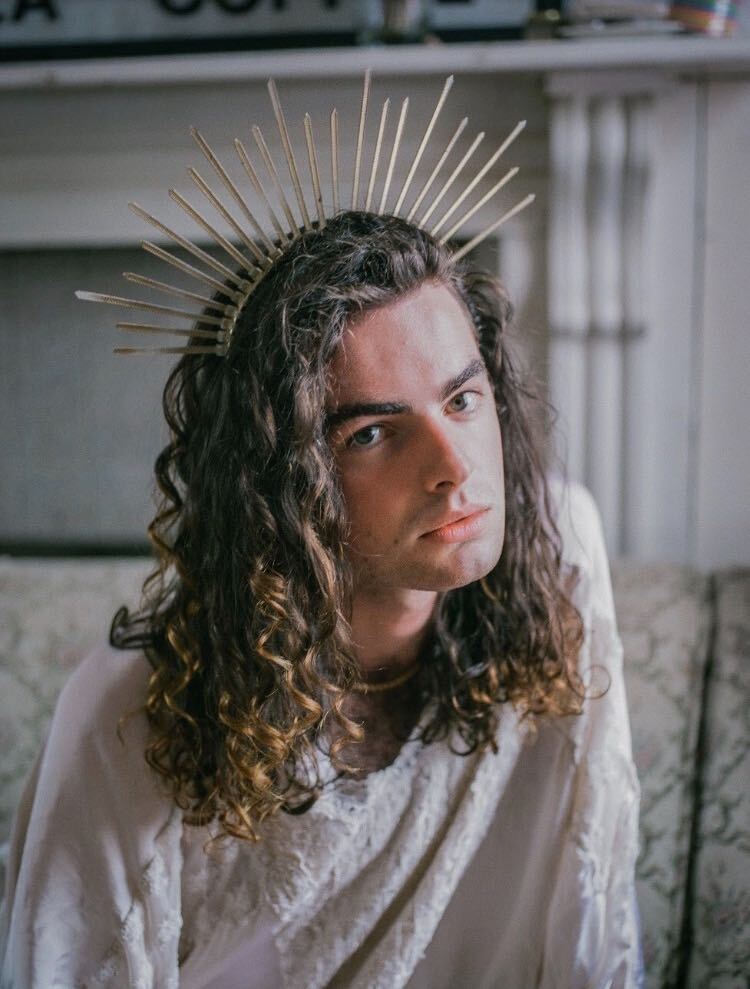 Pádraig Nolan, one of the exhibition’s subjects, said that “like any perceptible element of myself, my queerness didn’t belong to me; it was something identified in me by others”.

The pandemic has forced creatives to innovate and Barry’s series is an example of how photographers can continue to make work even in constricted times. She tells me that she “had a short time to shoot the series” as she was “only in Dublin for ten days in July”. “I also had to be sure that I was maintaining social distancing”, she says.

Barry discusses the pressures involved in creating such intimate portrayals of her subjects: “In terms of taking photos, people trusted me, which was nice. There was a mutual appreciation of what both of us were doing. There was a worry about how the portraits were going to come out and if they were going to be happy with them and of course, whether I was going to be content with the project from a professional point of view. Luckily, all of the shots came out better than anticipated.”

In terms of taking photos, people trusted me, which was nice. There was a mutual appreciation of what both of us were doing

The self-abnegation that many of the participants of the project had experienced in their lives is particularly striking. Inclusivity can offer a false promise of equality that does not always translate to the lived reality of many queer people, especially in Irish culture. Barry’s project allows its subjects to take ownership of and celebrate their queerness.

Within his contribution to the series, one of Barry’s subjects and fellow Trinity student Pàdraig Nolan, shared that “like any perceptible element of myself, my queerness didn’t belong to me; it was something identified in me by others. Queerness made me an object rather than a subject, something inert, gazed at, studied, fixed, maybe punished.” 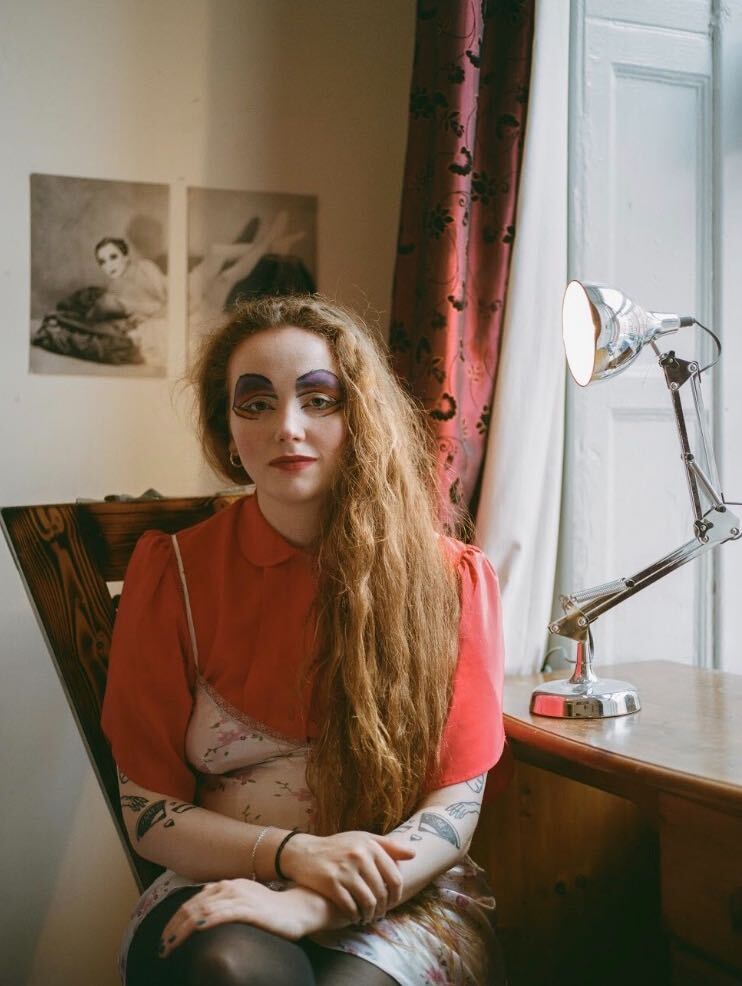 One of the subjects of the exhibition, Ren O’Hare poses here for her portrait.

Barry used her own participation in the series as an act of coming out to her family. She discloses that she “knew something was missing” from the project, and soon realised that this was it: “Coming back from one of my shoots, I was on the dart with my friends and we were talking about coming out. I told them that I’d never done it and realized that this was such a privileged way of looking at the experience, as many people remain in the closet as a way of protecting themselves. Everyone was being so vulnerable with me, I wanted to be vulnerable too. If I was going to do that, I was going to have to tell my family. Thankfully it went well.”

Since creating the portrait series, Barry has realised a number of things. “I have acknowledged my privilege and have used the series as an opportunity to let people speak. I came to realize how natural queerness really is. I always thought: queer, yes it makes sense, but with social constructions, that’s not always the case.”

Every individual, regardless of the identity they hold closest, regardless of their outward appearance or manner, has been shaped by different factors, beliefs and circumstances. What Barry’s project demonstrates is that there is no such thing as an absolute inward experience which unifies a particular group, minority or otherwise. As Barry affirms, “being queer is such an empowering thing. It is a special part of me and the most difficult aspect was not so much accepting it, but learning to be comfortable with it”.

In a matter of days, Barry raised enough funds to host a physical exhibition of Queer Hearts of Dublin in Hen’s Teeth in October. The exhibition will be in aid of Movement of Asylum Seekers in Ireland and there will be an open donation bowl at the exhibition which will run for 3-4 days. The dates of the exhibition have yet to be finalised.