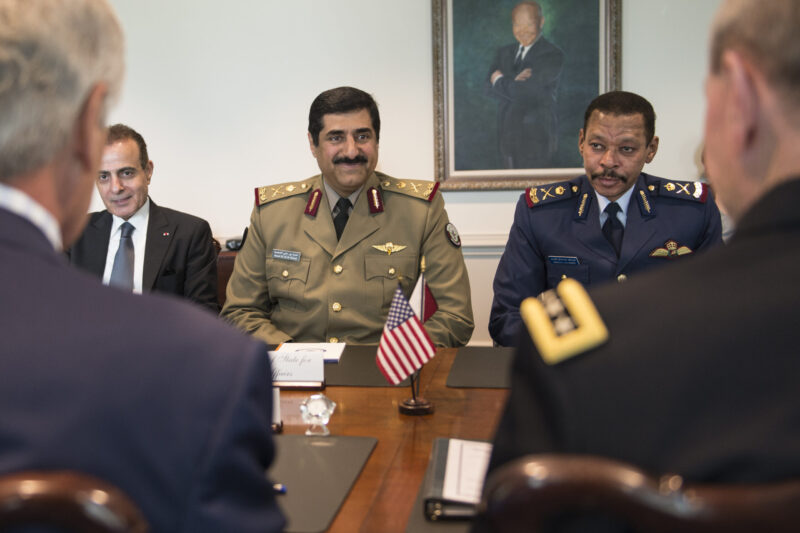 In a time of such severe social and economic instability, sufficient funding for college societies is in limited supply.

This summer saw the termination of the years-long Bank of Ireland partnership with Trinity, while the University Philosophical Society bid adieu to PricewaterhouseCooper’s sponsorship in recent weeks. Now, more than ever, societies must be resourceful to ensure the longevity of their reputation and stature.

Limiting spending is no easy task and sourcing reliable funding contracts is certainly an onerous job for members. In these uncertain times, societies have become increasingly more driven to ensure cash flow is steady and significant.

This is where the question of ethics comes into play. Yesterday’s announcement that the former Qatari Defence Minister Hamad Bin Ali Al Attiyah is to sponsor the TCD Horse Racing Society put the very notion of mind over matter into question.

As Defence Minister, Al Attiyah served under the Al Thani dynasty. The government still avails of brutal punishments such as stoning and flogging, and also allows the death penalty for a number of crimes. Qatar also cites homosexuality as a criminal offence, which could lead to imprisonment or even death.

While Al Attiyah himself may have little influence over the Horse Racing Society, the source of this funding does not sit quite right. In a university that prides itself on its diversity of gender, sexuality, nationality and credence, the beliefs that Al Attiyah represents exclude, if not discriminate entirely against, many members of this community itself.

Just as funding is essential for the growth and maintenance of societies, membership is the backbone of any group on campus. While the notion of better funding may be alluring to many potential members, the harsh reality behind the source of it will certainly act as a deterrent too.

For Trinity, however, this is not a singular event, but a pattern of neglect of ethics and morals in the name of better funding and resources. Their infamous partnership with Aramark – a company known for their involvement in Direct Provision centres – was only terminated in December 2019, following years of student opposition.

In 2016, the formation of the Centre for Middle Eastern Studies the College too raised eyebrows across campus, when the Al Maktoum Foundation donated a hefty €5.5 million for the centre. Sheikh Hamdan bin Rashid Al Maktoum, the deputy ruler of Dubai and the Minister of Finance of the United Arab Emirates (UAE), set up the foundation in Dublin in 1997.

In the case of the Sheikh Hamdan, his family rose to international notoriety when Sheikha Latifa, the daughter of Dubai ruler Sheikh Mohammed, accused her father of torture and imprisonment amid a failed escape attempt.

When TCD Horse Racing Society accepted a donation from a politician such as Al Attiyah, they too are accepting to look past the brutality and cruelty of the regime he represents. As a member, one must weigh up whether a new saddle and bridle are quite worth the reality that this funding is coming from a man who does not uphold all members of this college community to the same level.

In defence of the decision, chairman Robert Riley Dargan stated: “We judge organizations by their actions and not by their race, religion or ethnicity.” Concern over the sponsorship is not, however, an attack on the race, religion or ethnicity of Al Attiyah but in fact a question entirely of his actions. To reach such heights in a regime like the Al Thani dynasty, one must be in complete compliance with the beliefs it represents, and for many students, this is an entirely fair judgement to base their opinions on.

Funding may be in short supply, but on a campus as diverse and vocal as this one, a belief that all students should be treated equally and fairly is most certainly a widely held one.

Every society is going to struggle this year, that’s a given. But what one must remember is that the point of these societies is to bring together members of the entire college community, regardless of whether or not they fit in with a certain creed or sexuality. While TCD Horse Racing Society may not uphold the same beliefs as Al Attiyah, their dismissal of his actions in favour of his financial support is not in line with Trinity’s spirit of inclusivity.