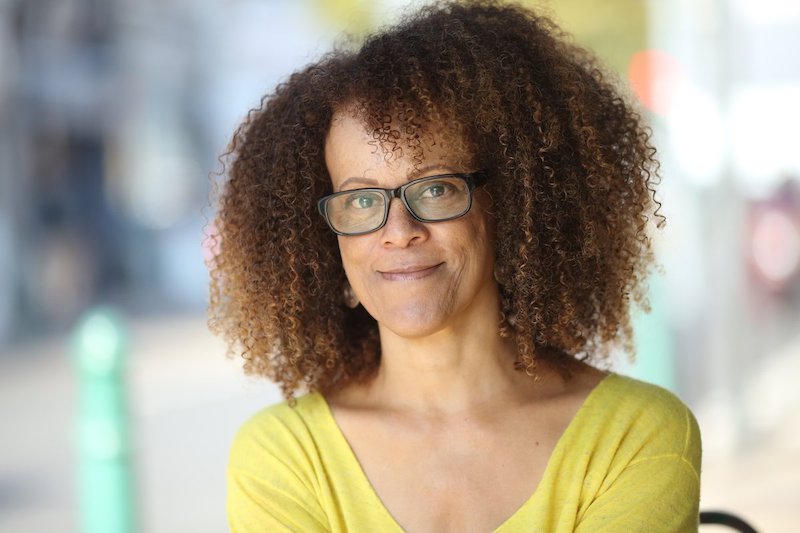 After another monotonous day of reading academic texts and discussing them in Blackboard Collaborate tutorials, I had the pleasure of attending a talk by one of the academic world’s most captivating fiction writers, Bernardine Evaristo. The award-winning novelist addressed the Dublin University Philosophical Society (the Phil) this week over Zoom, accepting the Gold Medal of Honorary Patronage from the society.

Bernardine Evaristo won the Booker Prize in 2019 for her most recent novel Girl, Woman, Other. The novel explores issues of race and feminism, among others, through the perspective of twelve different characters. Over the course of four decades, Evaristo has written short fiction, literary criticism, drama and poetry. She is currently on sabbatical leave from Brunel University London where she teaches creative writing.

Kate Maher, President of the Phil, began by asking Evaristo how she finds the voices of her characters and manages to bring them to life so brilliantly in her books. “As an actor, you step inside the skin of your character and you try to become them”, Everisto explained. “That’s the same thing that I do with my writing.” She confessed that to “bring [the characters] to life from the inside” she often drew inspiration from people she has met over the course of her life.

However, Evaristo has never shied away from in-depth historical research in order to seek out underrepresented perspectives and bring those experiences to the fore. For example, in her novel The Emperor’s Babe, set in Roman Britain, a huge amount of research was required to depict the unique experience of a black, Nubian teenage girl in London, roughly 1,800 years ago.

With issues regarding feminism, sexuality and race being a cornerstone of Evaristo’s work, Maher asked about her thoughts on the lack of representation of minority and oppressed groups in the British education system. For Evaristo, this must begin in history class. History in British schools is examined “through a certain filter”, she remarked. The “white male version of history” is taught in schools, and this narrow view of history excludes many other perspectives and experiences. She stressed that history is “something fluid and nebulous” and is “about national identity”, and so, believes that studying other angles of history is important for fostering a more empathetic understanding of the past and the present.

Evaristo, who earned her PhD in creative writing from Goldsmiths, London in 2013, urged universities to diversify their reading lists in terms of both gender and race in order to increase diversity in representation. When putting together reading lists for her own students, she spent a lot of time thinking: “How do I make this a fair representation of society?” Evaristo, who gives her students recommended reading written by as many different races, genders and perspectives as possible, believes that they benefit strongly from it.

Referencing the traditional expectation of getting a nine-to-five job and earning a steady living, Evaristo expressed admiration for her students who “automatically rebel” against this societal norm in order to “follow their passion”. “People who study creative writing tend to be passionate about it”, she affirmed.

The discussion wrapped up with Bernardine Evaristo giving her book recommendations. Three books that she would have loved to have seen on the shortlist for the Booker Prize were The Vanishing Half by Brit Bennet, Rainbow Milk by Paul Mendez and Black Rain Falling by Jacob Ross. Two books that she recommended everybody to read are The Joys of Motherhood by Buchi Emecheta and Their Eyes Were Watching God by Zora Neale Hurston. All of these books are written by people of colour – voices which Evaristo has championed throughout her career. With that, we were left with a call to “decolonise our bookshelves”.