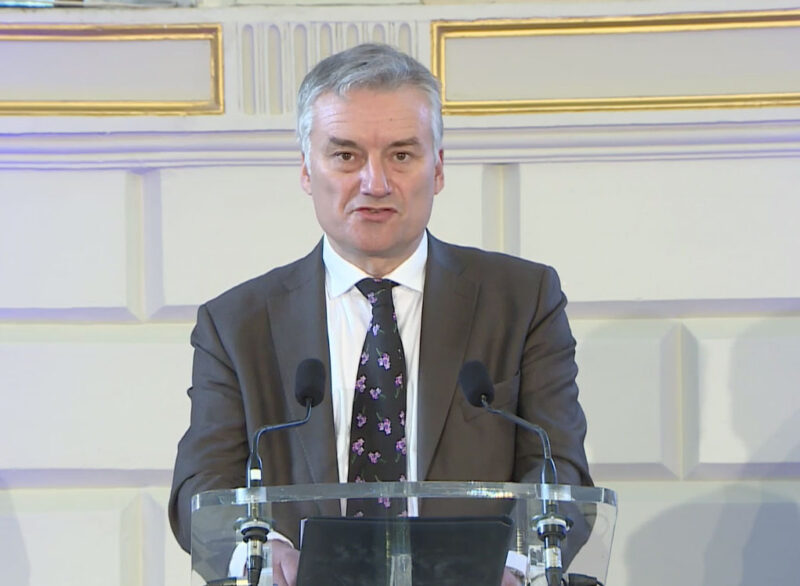 The Trinity Education Project (TEP) has concluded, becoming simply Trinity Education. Over the course of its seven-year development and implementation, the phrase “TEP” became synonymous – for students, at least – with College at its worst.

Poor communication, endless administrative problems and an apparent ignorance of students’ problems characterised much of its implementation in the 2018/19 academic year and beyond. After this initial period, the dust settled, and the benefits of the project became clearer. Broadly speaking, Trinity Education will be a good thing for students. Trinity’s undergraduate programmes have, for a long time, been overly theoretical and lacking in real-world knowledge and skills that are so crucial for graduates in a rapidly changing job market. Very few students have protested the abolition of a single exam period at the end of the year in favour of two assessment sessions.

In a largely self-congratulatory launch last week held in the Exam Hall – to a virtual audience, of course – it seemed as though TEP was a roaring success, and that Trinity students had been cemented as the leaders of tomorrow, the revolutionaries who would go forth and conquer.

But amid all the clichés – talk of “life-long learning”, “jobs that don’t exist yet” and the painfully worn-out “critical thinking” – problems remain with the implementation of Trinity Education. College must not simply brush them aside and act as though they were confined to the teething-problems phase of the project.

Over the course of its seven-year development and implementation, the phrase “TEP” became synonymous – for students, at least – with College at its worst

College must not let the end of TEP signal the end of solving TEP-induced problems. For example, there is still a sizable cohort of TSM students who were resigned to the cutting-room floor without much afterthought as College ploughed ahead with its new Joint Honors programme. These students still have final-year exams and dissertations ahead of them – will persisting teething problems affect that? Is College simply prepared to treat the current intake of students as collateral damage?

Certainly when I was assessing my options for third level I wasn’t told that, should I choose Trinity, I would be acting essentially as a guinea pig for this new-fangled approach to education. I and my course-mates would be the testing pool for the new way of doing things – which could result in us earning lower degrees than we would have otherwise – and College would learn from us to improve the experience for students down the line. Few students will want to sacrifice their own degree for Trinity’s greater good.

And yes, students’ reaction to the implementation of the Trinity Education Project (TEP) carried tones that sounded suspiciously like the “not in my back yard” cliché. In theory, everyone is in favour of new methods of assessment and the introduction of Christmas exams. But when the time came to actually implement these changes, students baulked: this newspaper reported the “massive stress” being felt by those trying to reach “silly” deadlines, while simultaneously adjusting to semesterisation and the changes that came with that.

When the coronavirus pandemic hit, College scrupulously developed a system to ensure that no student would be unfairly penalised as a result of having to do exams from home. Why wasn’t a similar system developed for TEP? Now that the P has been dropped, and Trinity Education is just the way things are, so to speak, what happens to the students who didn’t have loose ends tied up? The students whose schools are stubbornly attempting to maintain the old system,

Then there was society life. Trinity is famous for its students’ involvement in extracurricular activities, but for a time, it seemed like society life would be another victim of the TEP machine. Committees reported major drops in signup numbers as students adapted to more continual assessment instead of cramming at the end of term. Gone was the old adage of “work 12 hours a day, seven days a week, three weeks a year”.

At the launch on Wednesday, speakers referred to the importance of extracurriculars for a student’s education but failed to give a clear picture of how societies and Trinity Education would co-exist. Between this and the pandemic, societies may severely suffer in the coming years. Again, this cannot be resigned to the list of TEP bugbears: it’s still a problem, and must be dealt with.

Trinity Education has many benefits, and no doubt students will feel its benefits in the near future. Any project that was seven years making has to have its good points. But breaking tradition – 400 years’ worth, in the case of exams – was never going to be easy, and certainly cannot be put in place and put to bed overnight. Dropping the word “project” does not mean the work is done.