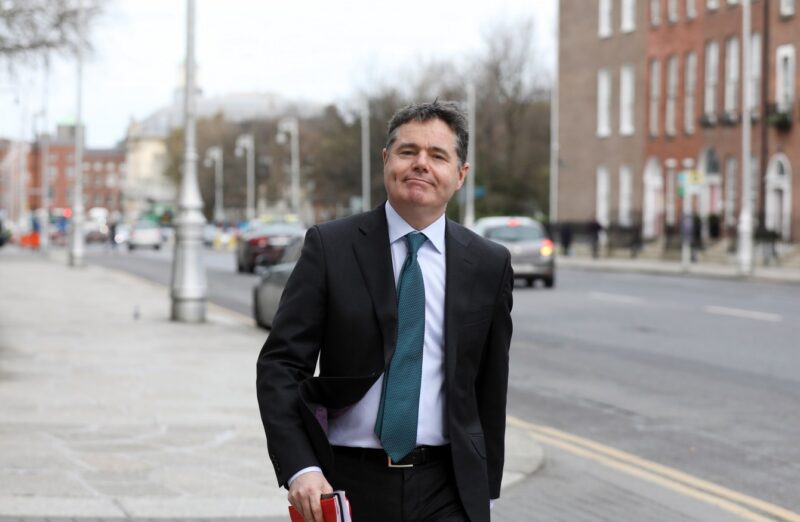 Budget 2021 will be announced in the Dáil on Tuesday. Following on from a tumultuous year in the higher education sector, organisations have been lobbying intensively for the supports they think the sector needs.

In their pre-budget submission the Irish Universities’ Association (IUA) estimated that Ireland’s seven universities will have a combined deficit of €200 million in the 2020/21 academic year.

With European Fiscal Compact rules suspended, the International Monetary Fund (IMF) encouraging countries to increase public investment by one per cent of their GDP, and the availability of low-interest loans, the government has the ability and scope to spend an unprecedented amount in this Budget.

The IUA submission is calling for a €538 million funding package for higher education, while Technological Higher Education Association (THEA) is requesting €138.5 million for technological institutions across the country. The Union of Students in Ireland (USI), meanwhile, is calling once again for the introduction of a publicly funded higher education system, starting with a €500 reduction in the student contribution fee.

It remains to be seen whether such drastic spending will happen, and if it does if it will reach the higher education sector.

Minister for Higher Education Simon Harris has not shied away from increasing public expenditure on further and higher education – for example the €168 million package announced in July.

His cabinet colleagues, however, have so far dismissed calls from opposition members to increase borrowing, so it is unclear whether Harris’ commitment to investment will be shared across government.

Pre-Budget submissions and statements give us a firm grasp of what a sector wants. Here are the top five takeaways from three of the largest representative bodies within the third-level sector, the IUA, USI and THEA, and what they want in Budget 2021.

As mentioned above, the prediction of a €200 million deficit for Ireland’s universities has sent shockwaves through the sector. The IUA has called specifically for €102 million to address costs associated with the impact of coronavirus on the sector, such as €20 million for support of public health measures and €35 million for additional places.

THEA has estimated that technological universities will need €108 million this year alone to deal with issues arising from the coronavirus including areas such as facilities management, IT security and support for Emergency Remote Teaching, e-publications, research and innovation and student support.

USI has called for a €500 reduction in the student contribution fee – totaling a €39.3 million investment – with an eye to incrementally abolishing the fee. USI also called on the government to ensure that students working over summer receive the Pandemic Unemployment Payment, and to increase the SUSI grant by 10 per cent, at a cost of €16.4 million.

In April, Peter Clinch, Chair of Science Foundation Ireland (SFI) warned that the “centralised” approach to administrative and technical support of Ireland’s universities means it will be difficult for them to implement “blended learning” – a combination of online and in-person learning – in the coming months and years. Out of the €102 million the IUA has requested for coronavirus-related supports, €15 million is being requested specifically for the deliverance of online learning.

USI has called for the creation of a fund to purchase equipment needed for students to engage with blended learning, the rollout of the National Broadband Plan and the provision of “practical support” for institutions in “planning for the return to learning in the new academic term”.

Long-identified as a sector which will be key to the response to the climate and biodiversity crises, the higher education sector has made a number of key demands to build the sector’s capacity to respond to the dual crisis.

The IUA are asking for a €160 million euro investment for a green campus infrastructure, which would be used for projects such as retrofitting older campus buildings. In terms of research, the IUA wants €25 million for projects specifically concerning climate action and sustainable development.

THEA’s key requests are much more extensive than the IUA’s and are framed in the context of helping Ireland achieve its national climate targets. Key amongst the demands are a multi-year investment plan of €71.8 million over three years for enhancing green infrastructure on campus and a campus Green Flag fund of €43.9 million to promote technological institutions role as leaders of sustainable development in local and regional communities.

The USI has taken a more student-focused approach to sustainability, calling for the introduction of free public transport for students and the expansion of the bus and rail services to lighten the sector’s reliance on private transport. It also wants colleges to introduce a Deposit and Return Scheme, in which students can return plastic bottles in return for a deposit.

Simon Harris has certainly been accessible to student unions and advocacy groups so far in his tenure. His introduction of initiatives such as the Consent Toolkit, 17,000 laptops for students and his proclamation that fees are too high show Harris has his finger on the pulse.

It is unclear whether, when it comes to student welfare, Harris will take the lead more strongly from representative associations or students’ unions. Past behaviour would indicate the latter.

The IUA has called for an additional €35 million for student welfare supports, while THEA wants an additional €5 million for the same purpose. The IUA in particular described the need for increases in the amount allocated for “student hardship funding, SUSI grant increases, access supports, student health and well-being services and IT equipment for disadvantaged students in the 2021/22 cohort”.

A recurring theme throughout the sector’s outputs in advance of the budget is the key role that research plays in the wider context of the societal challenges the world faces. The IUA has asked for a total of €140 million in additional funding for research in this year’s budget.

The flagship proposals within this figure are €25 million for coronavirus-related research, an additional €25 million per year for discovery research and the commencement of a five-year research investment programme of €300 million beginning with €60 million in 2021.

USI has called for an increase in postgraduate stipends, in line with the living wage or “at the very least” the national minimum wage. It has also asked for a review of postgraduate work across higher education institutions to figure out how much money they will need on top of their stipend.