Residents say that Trinity Hall feels like a prison – in stark contrast to the reputation it has built up for decades.
Alex Connolly for The University Times

Trinity Hall – billed by College as “an ideal place to make friends and get acquainted” – has become like a “prison” during the coronavirus pandemic, in which students face threats of severe punishments, evictions and fines worth hundreds of euro for breaking the complex’s strict rules.

In interviews with The University Times, eight students painted a picture of Halls unlike any other year, in which students feel trapped and fear harsh repercussions for minor infractions.

Many of the students – who spoke on the condition of anonymity because they were fearful of the repercussions of speaking out – described feeling isolated in their new homes.

While acknowledging the need for strict rules during a pandemic, the students complained that College was relying on “extreme” disciplinary measures to keep residents in check.

At the same time, many students said that little had been done to alleviate the loneliness of being forced to sequester in their own flat in a complex that Trinity, in normal times, describes as having “a vibrant sense of community”.

The most severe punishment that students face in Trinity Hall is eviction. One student, who spoke to this newspaper on the condition of anonymity, had been told to leave Halls by the Junior Dean after breaking coronavirus rules on two occasions when friends entered their flat. Residents are at present barred from entering any flat that is not their own.

The student said that they were called in for “hearings” with Junior Dean Philip Coleman and Halls Warden Dr Roja Fazaeli. After the first hearing, the student was told that they would be fined €100 for the first infraction – although this fine never came through – and recalled feeling that the Junior Dean and the Warden had been trying to scare the students and had implied that they might be “expelled” from College.

(A number of students confirmed to this newspaper that there is a persistent rumour in Halls that disciplinary action can extend beyond eviction from Halls to expulsion from Trinity, though College has said this is incorrect.)

The student was invited to a second hearing after their second infraction and was subsequently given a week to pack their bags and leave Trinity Hall. The student was instead relocated to another accommodation complex, a move organised by the College. Trinity also confirmed that students who are evicted will be refunded.

One of the student’s friends was also punished as a result of one of the infractions. They were given a €100 fine and an essay assignment following an incident in which they were caught in another resident’s flat. The essay had to be 1,000 words in length and was about the relationship between alcohol and coronavirus.

Another student, who also spoke on the condition of anonymity, said that they had been called in for a hearing after being found in their friend’s flat. In the hearing, they were also told that they would be evicted and given seven days to leave.

“They kind of caught me unawares and evicted me over Zoom. It’s inhumane”, the student said. “It’s hard. It’s not really the right way of going about it.”

The Junior Dean and Warden stopped short of evicting them, however, and gave them the option to plead to the Junior Dean for an appeal to remain in Halls.

In the case of an eviction, students can appeal the decision to revoke the license to reside at Halls, and that appeal is processed through the Senior Tutor alongside the Junior Dean.

“They made it sound like prison. They were like: ‘You can have a plea of leniency to the Dean to not get evicted’”, the student told this newspaper. 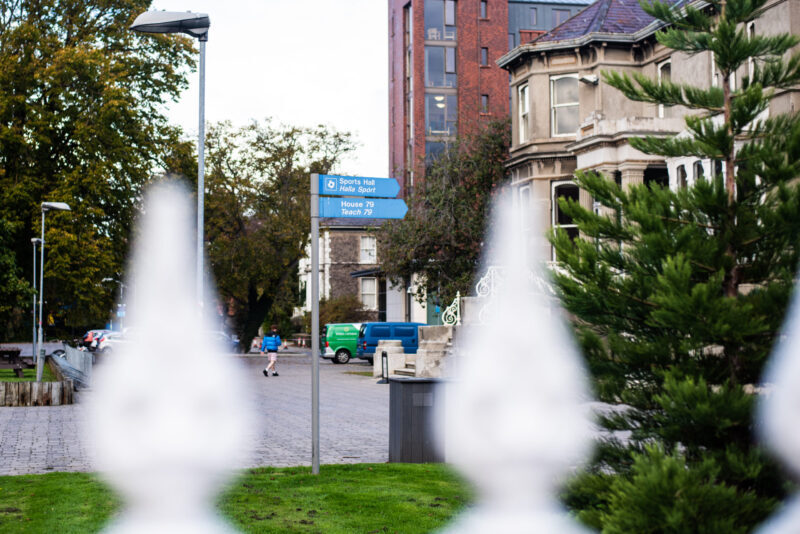 The harshest punishment for breaking coronavirus rules is eviction, which involves a convoluted process of hearings with the Warden and Junior Dean.

The plea worked and the student was allowed to stay in Halls on the condition that any other infraction for the rest of the year would be met with immediate eviction from Trinity Hall.

“I know I broke the rules”, they told The University Times, “but you genuinely would have thought I did something really evil – they were so horrible to me”.

The student’s friend, who spoke on the condition of anonymity, was also called into a hearing, in which she was charged a €100 fine and told to write a letter of apology, expressing their regret and saying that they understood they would be evicted if they broke the rules again.

In an email statement to The University Times, Tom Molloy, Trinity’s director of public affairs and communications, said that students can be told to write essays following breaches of rules, but that “College does not regard this as ‘punishment’”.

“Students are often asked to write letters of apology to staff or other students if their actions have compromised their safety and well-being.”

“More often they are asked to confirm their understanding of the relevant rules and regulations via a short written statement, primarily to help avert a subsequent offence”, he added.

Fines are the common form of punishment for breaking coronavirus regulations. These fines go towards the Student Hardship fund, but have recently also been donated to support frontline workers such as the St James’s Trust.

This newspaper learned that, at times, students are threatened with fines for trivial breaches.

Sofia O’Kelly, a first-year student, said that her cousin had come onto the Halls premises – in breach of the rules in Halls – to lock his bike. A security guard noticed him returning to get his bike and told the pair off, saying that if the cousin was seen again in Trinity Hall, O’Kelly would be fined €500.

“I thought that was a little extreme”, O’Kelly said. She said that her family are now “paranoid” about visiting her in Dublin.

In an email statement to this newspaper, Molloy said: “We know this is an exceptionally difficult time to be a student, particularly a first year. The university thanks our students for all the efforts they have made to keep the community safe. Most students are working with us to try and adjust to the new reality in which we all find ourselves.”

“Students’ well being is of special concern to Trinity College this year”, he said. “We recognise that some students are, at present, having a very unusual experience of College and some are experiencing feelings of isolation. We wish to reassure students that we are fully aware of how difficult this must be. It is normal and they should in no way blame themselves.”

He also said that the College wished to emphasise that the Sports Centre is “making a particular effort to encourage sport in Trinity Hall”, and encourage students to avail of the “College counselling services, should they be needed”.

“We would like to reassure students that, where there are concerns over breaches of discipline, College will take the time to meet with students to hear their side of the story, as it has always done. It is important to avoid a blame culture where possible. We are all in this together”, he added.

Isolation and loneliness was a common theme among the interviewees – all of whom had only recently moved up to Dublin. They felt that the College was not taking the mental health of students into account in its policing of Halls.

One of the interviewees who had broken coronavirus rules by visiting a friend told this newspaper that their only flatmate frequently travels home on the weekends, leaving the student alone for much of their time in Halls.

“I’m by myself, is there anything we can do about that?” they asked during a disciplinary meeting with the Warden and the Junior Dean. “That’s what made me act in the way that broke your rules because I was by myself. I was really lonely. I was really sad.”

“They want to be careful of health but I think they’ve completely forgotten about people’s mental health, like completely”, the student’s friend told this newspaper. “I would say they don’t even know what’s happening up in there. Because there could be someone literally stuck in their room in absolute horror, like they are so unhappy. And they don’t know.”

Residents feel that College has not done enough to alleviate the loneliness caused by rules prohibiting mixing among students living in different flats.

Multiple students likened their experience in Halls to that of being in a prison. “They’re being brutal”, said one student. “It was like I’m a criminal. I was like look, I basically killed somebody and this is my trial to court”, they said of their impression of a disciplinary meeting with the Warden and the Junior Dean.

“Honestly it feels like prison”, remarked another student. “They’re just abusing their power.”

Gillian Owsley, a first-year resident who has not broken any regulations, also described Halls as “like a prison”. “There’s security walking around everywhere”, she said. “And people are getting in legitimate legal trouble, which to me is, I don’t know what they expected.”

“It feels very extreme. And I paid a lot of money to be here, and I went really far. And it’s like, I’ve just been in the same room the whole time, because I don’t want to get kicked out.”

On Tuesday, the Warden sent an email to residents saying that if they continued to breach regulations in nearby Palmerston Park, the Gardaí ”will begin to make arrests”.

One third-year student living in Halls, speaking on the condition of anonymity, described the email as “plain-as-day intimidation”, adding that there have been “clear attempts to intimidate”.

“It’s the heavy handedness I have an issue with”, the student remarked. “It’s not actually solving anything. It’s just more kind of a looming threat as opposed to an actual solution. People are still going to have parties. They’re just being more sneaky about it, because there’s a threat of the fine.”

A number of interviewees also spoke about a culture of intimidation in Halls, which stops students from complaining about disciplinary measures that they deem unfair.

O’Kelly said that there was “barrier” stopping from people speaking out, “where people think that there are definitely going to be some repercussions about speaking out about how they think things are unfair and stuff”.

Some students felt that they were not fully aware of the coronavirus rules in Halls. One third-year student living in Trinity Hall, for example, said that they were only made aware of the rule stating that students could not enter each other’s flats two days before moving in.

The Warden informed most students of the rules and regulations around coronavirus on September 18th, 10 days before freshers’ week began.

The email communication to residents said that students who allow guests into their flat – during the day or overnight – in the first semester may be evicted from Halls. Similarly residents may be evicted if they host a party.

Residents are not allowed to visit any other apartment in Halls other than their own. Any large congregations outdoors are also banned, and students in breach of this regulation will face disciplinary action and a fine.

Social distancing and face coverings are required in all “communal areas of Halls such as Reception, Oldham House, the laundrette, the Smiles Convenience Store, and lifts”. Students must also regularly clean and disinfect shared spaces in apartments.