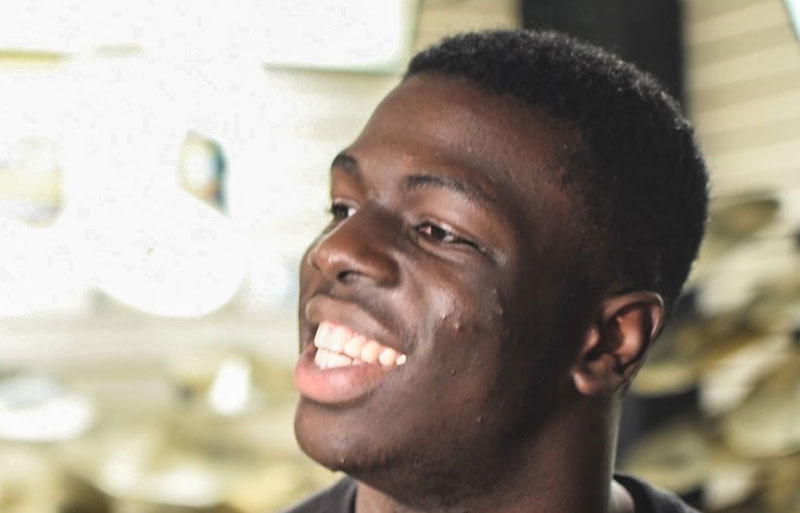 Trinity musicians have spoken out about sexist comments made by Dublin drummer and musician Emmanuel “Smiley” Osungboun, on an Irish music podcast, which sparked a lively Twitter discourse on Saturday.

In a conversation about his musicianship on the A Drummer in Dublin podcast last week, Osungboun spoke about his experiences of working with Irish female musicians, namely electronic pop artist Soulé.

“But like, you need to understand with females – we don’t get periods – do you get what I mean?”, he began. “I’m not being sexist or anything, but if I [give out] to a female [I] have to be more careful because they might just feel like you’re shouting at them or whatever.”

“These are top female musicians but if you compare them to top male musicians in Ireland, it’s like – do you get what I’m saying?”, he continued, explaining how he would simplify arrangements for female musicians. “Because I knew I was arranging for them, and they probably haven’t played with arrangements before like syncopations and little chord substitutions […] So, I was just like: let me simplify these arrangements. Let me make it more A-B-C.”

“In part, I was almost glad that that was recorded because we all know that perception is prevalent within the scene so they all just ratted on themselves”, Ní Haicéid said.

She added, however, that the instance left her “really disheartened”. “It’s a pretty spooky thought to think that anyone you could’ve worked with thinks and talks about you like that and you’d never know.”

Ní Haicéid also said that “the main thing is for people’s peers to call someone out. What was said could’ve very easily have been turned into a learning opportunity if they had just challenged his view in the moment”.

“Even if they didn’t change his mind immediately, hearing a different opinion may take a while to sink in and that’s still learning.”

“It’s important to note that elements of misogyny trickle down into everyone, women included. So, it’s something that requires a general attitude change.”

The University Times made multiple attempts to contact Osungboun for comment, but was unable to reach him by time of publication.

Trinity graduate and musician Maija Sofia’s “initial reaction to Smiley’s statement, and to the podcaster boys who let him speak unchallenged, was to laugh”.

“I just had to laugh at how stupid they are”, she said. “The problem, of course, is that the world of music is overflowing with hordes of unchallenged, ignorant, silly boys.”

Contemplating the intent behind such statements, Sofia thought that “probably what they are trying to achieve is validation. No matter what men in bands tell you, they are terrified of women who play instruments”.

“They either sexualise us or patronise us to try and make themselves feel in control. It’s very transparent”, she added.

She also reinforced Ní Haicéid’s stance, saying that “the comments made by Smiley were gross and deeply uncool and offensive but also not unusual”. In Sofia’s eyes, “the only difference between him and half [of] the male musicians in Dublin is that he was stupid enough to say it out loud in a podcast and not just to a woman at a party”.

Recorded on the eve of lockdown, the episode was hosted by Fiachra Kinder and Adam Byrne, and was released on October 23rd.

Kinder and Byrne have removed the episode from all streaming platforms. They also posted an apology on the podcast’s Instagram page stating that neither of the pair “agree with or condone those opinions in any way” and that the opinions aired are “not welcome in any industry at any time”.

Kinder and Byrne did not respond to a request for comment.