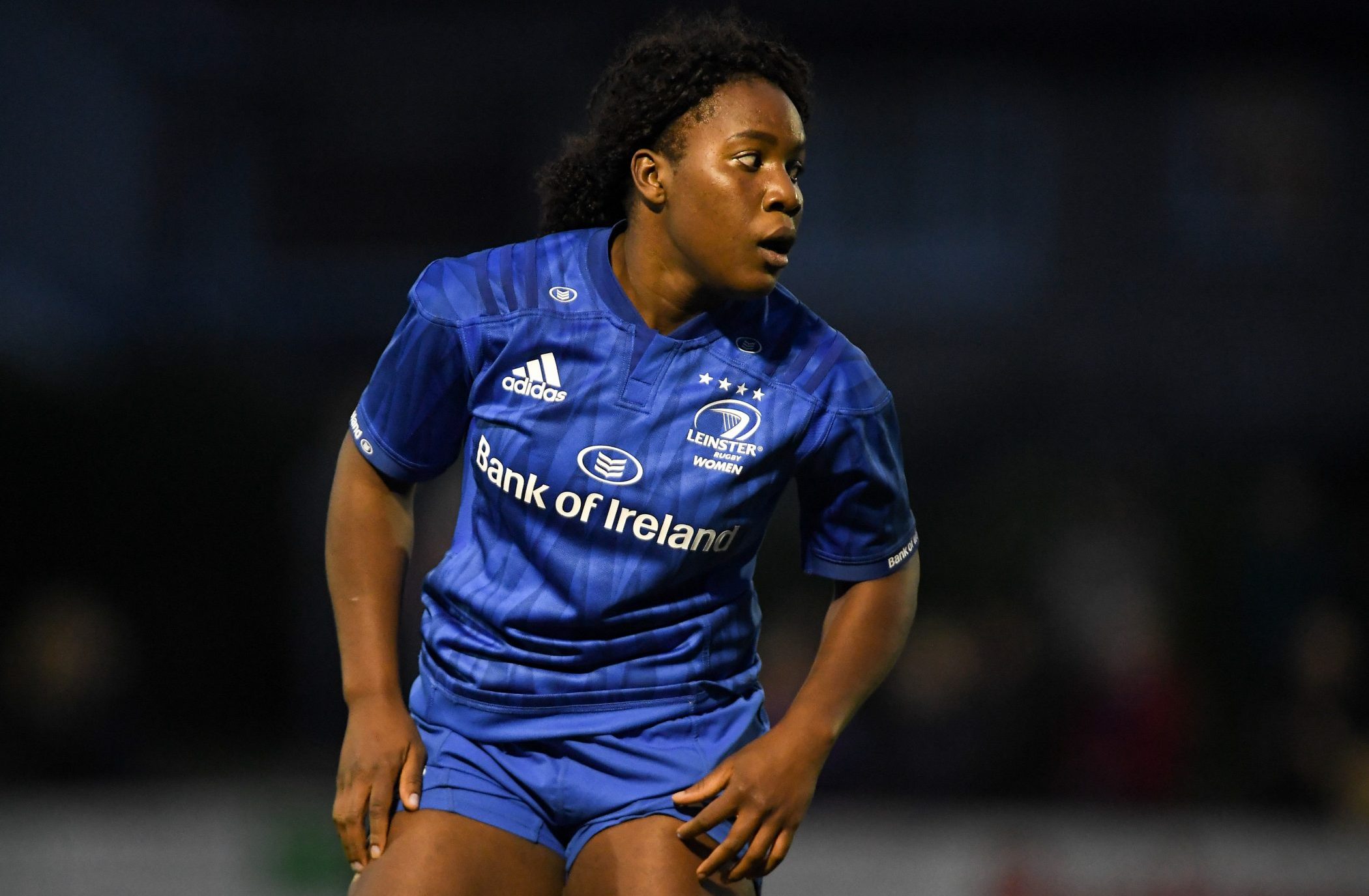 Trinity’s Linda Djougang and Ryan Baird are among six Leinster Rugby players who have been shortlisted at this year’s Irish Rugby Players Awards.

For Djougang, a general nursing student, this marks another step in her meteoric rise in the sport since making her debut for Ireland in the 2019 Six Nations. She faces competition from Edel McMahon and Cliodhna Maloney who have made nine and 22 international appearances respectively.

Baird has been shortlisted along with provincial teammate Caelan Dorris and Munster’s centre Shane Daly. The three most recent recipients of the award are James Ryan, Jacob Stockdale, and Garry Ringrose – all three of whom have emerged as regulars for the Ireland squad.

Djougang, who only began playing rugby when she was 17 years old, scored her first try for Ireland last February, contributing to a 31-12 victory over Wales in the women’s 2020 Six Nations tournament.

After being postponed due to the coronavirus pandemic, the tournament is set to restart on October 25th when Ireland will take on Italy in round four at Energia Park. Djougang, along with fellow Trinity student Kathryn Dane, have both been selected for the squad.

Baird has made nine caps for Leinster so far in his career, scoring three tries in the process. Last March he was selected in Andy Farrell’s 35-man panel for Ireland’s Six Nations clash against France – the match was subsequently postponed due to the coronavirus pandemic.

The 21-year-old lock was one of five Leinster academy players to be promoted to a senior contract last June.

Baird only had one appearance for Dublin University Football Club (DUFC) Men’s last season due to his commitments with Leinster Rugby. DUFC meanwhile have gotten off to a fast start so far this season having won their first four matches including a semi-final in the Leinster Senior Cup.