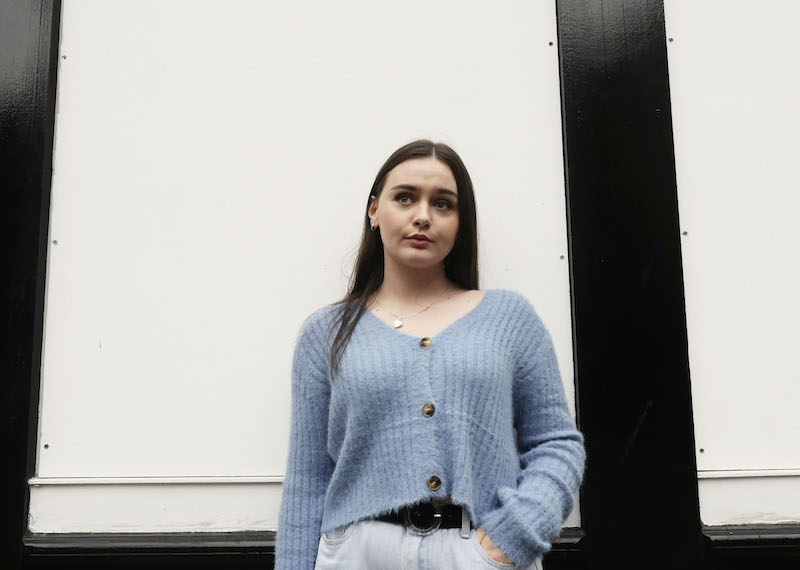 The cosy enchantment of the Irish spoken word poetry scene would usually occupy dimly lit city centre pubs and intimate stages at the likes of Electric Picnic. However, this industry, which thrives off the energy of close collaboration and intimate performance, is now struggling to find its space among the restrictions placed on gatherings and cultural events.

For two of the most prominent names in the Irish spoken word scene, Dublin-based Natalya O’Flaherty and Waterford’s Sasha Terfous, the pandemic has dramatically impacted their creative lives and forced them to confront difficult questions regarding the spoken word scene in the coming winter months.

With tinges of regret and dismay, both poets contemplate the summer that might have been – one that should have been filled with energy-driven events and copious opportunities to perform in front of engaged audiences. “The main thing I missed out on this year was all the festivals”, says O’Flaherty, who had to take on other work this summer due to the financial hit. The majority of Terfous’ work pre-pandemic similarly revolved around performance, I’m told. Both artists have had to adapt by turning their focus towards smaller and more feasible projects, such as workshops and sharing new pieces on social media.

“People have the expectation that you’re sat at home just writing, writing, writing. The nature of our work doesn’t take away from the fact that things can affect us mentally.”

Despite the excessive free time the pandemic has granted, it hasn’t necessarily gone hand-in-hand with productivity, Terfous explains. Performance and collaboration with other artists kept her grounded, she tells me – the sudden change in routine made it difficult to write. “People have the expectation that you’re sat at home just writing, writing, writing. The nature of our work doesn’t take away from the fact that things can affect us mentally.”

Not being able to perform has also left O’Flaherty’s work hanging in the early stages of the creative process, as she would usually use live performance as an editing tool. “My work relies heavily on rhythm and flow and where the emphasis goes. So now all I have is really raw versions of poems that I have no idea when or if I’ll actually get to use. I really miss that audience interaction that immediately feeds back how people felt about it.”

Both Terfous and O’Flaherty feel that pressure has been placed on artists to focus their creativity on current events. “Personally, a lot of what I do with poetry is I try to make sense of things and I try to help other people make sense of things”, says O’Flaherty. “I think people view the arts as just something in the background until something life-changing comes up and they need a translation of it. People look to artists and poets to reflect the times.” Despite this, O’Flaherty admits that her head was often too full of anxiety about the future of her career recently to allow her to put pen to paper. Terfous struggled with the very same adversity: “You can’t expect every artist to write about the pandemic. Over the last couple of months, I’ve come to accept that I don’t have to.”

”People view the arts as just something in the background until something life-changing comes up and they need a translation of it. People look to artists and poets to reflect the times.”

While typically recognised as a more niche area of artistic performance, the spoken word scene was “breaking into the beginnings of something major” prior to the pandemic, O’Flaherty affirms. However, both artists seem to agree that this progress has been paused, as the essence of spoken word poetry can only be fully realised when people gather together. “That has really affected the arts community – that we don’t have that intimacy anymore”, Terfous outlines. “Even though poetry itself is quite a lonely art form, it connects with other people’s loneliness. So even at that, it’s still quite social.” For the moment however, the loneliness of poetry is only left to exacerbate.

What can be expected for the spoken word community in the uncertain times ahead? With a ban on indoor gatherings in the capital implemented for the foreseeable future, and cold weather creeping in to deter outdoor events, no one is quite sure. “I’m not going to say ‘just move things online’ because online gigs are not the same”, says O’Flaherty. Terfous believes that “the next few months are going to be just as tumultuous as the last few months”. So, for now it seems, the two can only stand strong and work on their craft however they can. As Terfous romantically puts it, “that’s the beauty of a storm”.

The essence of spoken word poetry can only be fully realised when people gather together.

The attitude held by the Irish public towards artists and arts workers, however, is a deeply ingrained issue. O’Flaherty describes this as “a weird phenomenon that we have here. The general Irish public don’t hold artists in high esteem. If you get recognition from any other country, only then are you worthy of respect from the Irish. We just can’t seem to uplift artists until they’ve gone off and impressed someone else.”

“And it’s funny”, Terfous elaborates, “because we’re a country known for its poets, artists, writers, musicians, but yet we don’t acknowledge them until somebody else grants them the spotlight”.

It seems that in strange and uprooting times, it’s artists we turn to for comfort, yet we fall short time and time again to recognise and support them in tangible ways. Terfous believes that there may be an artistic revolution on the horizon because, “if anything, [the pandemic] will light a fire underneath us to fight for our art”.

The coming winter months may not bring charming open-mic nights, and poetic pub scenes of tightly packed audiences, but they may bring about a new-found appreciation for the arts as a basic human necessity in both usual and unusual times.

In the meantime, both Terfous and O’Flaherty plan to take the uncertainty in their stride. Terfous is working on a poetry book that she hopes to release in the next year or two, while O’Flaherty is looking forward to facilitating poetry workshops and creating in small ways. They are certainly not done yet.