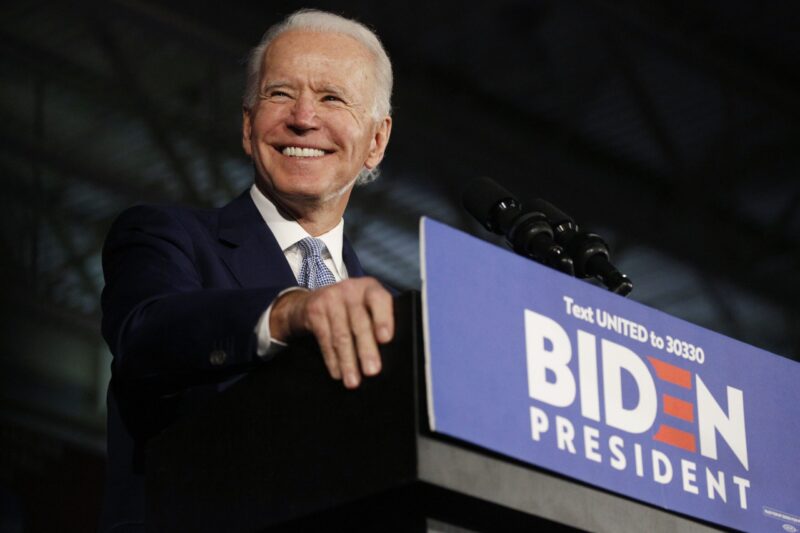 I ​used​ to think that waiting for feedback on my masters’ dissertation was stressful. Then, I watched the 2020 US Presidential Election unfold.

Watching the election coverage over the course of four excruciatingly long days and four equally excruciatingly long nights truly felt like the perfect culmination of Trump’s time in office. For the past four years, Americans, and to a degree, the rest of the world, witnessed a Presidential era marked by uncertainty. We were often uncertain if Trump could actually do what he was proposing and equally uncertain of what consequences and chaos would ensue if the answer was yes.

First, we were uncertain Trump would be able to deliver on his promise to build a wall on the United States’ southern border. Throughout the height of the trade war, we remained uncertain how many jobs would be lost by the time the dust settled. Since the start of 2020, the coronavirus pandemic has led to more uncertainty and fear than most of Trump’s harshest critics thought possible.

Throughout the entire presidency, Capitol Hill pundits and analysts remained uncertain about the answer to what was most likely the most important question they would face – did the Democratic party have a candidate that could defeat Trump? It took a complicated election cycle and three days of ballot counting before we would learn the answer.

I ​used​ to think that waiting for feedback on my masters’ dissertation was stressful. Then I watched the 2020 US Presidential Election unfold

Even now as the dust finally begins to settle, Trump refuses to concede the election and continues to have his legal team mount lawsuits to contest the results. Many election law experts, though, such as​ ​Richard Hansen​ and​ ​Edward B. Foley​, have made it clear that Trump’s legal campaigns against the election results are highly unlikely to change the outcome.

Even though the Democratic party did not achieve the results it was seeking regarding the Senatorial races that occurred during the same election period, Biden and Vice-President Kamala Harris’ victory should be seen as a historic victory for the institutions of liberal and progressive politics as well as ​truth​. And the Senate is still yet to be determined, pending the results of a special election in January.

The accomplishment of unseating Donald Trump and his scandal-marred administration should by no means be considered a victory for solely the United States. Many of Trump’s problematic policies spawned negative consequences that were felt far outside US borders. The trade war that began as a tit-for-tat dispute between Trump and Chinese President Xi Ping has left the global economy severely​ ​weakened​. His failure to contain the spread of coronavirus was so severe that the EU and many other European nations deemed it prudent to close their borders to US travellers. Just as these negative effects of Trump’s policies have been felt across both the Atlantic and Pacific oceans, the positive effects that will ensue from the changes made by the Biden administration to combat them will also be felt around the globe.

A Biden presidency will likely make a steady albeit slow return to normality for most Americans – both at home and abroad. This will be a welcome change for most, and students are no exception. The coronavirus crisis displaced many students, sending American students studying abroad, myself included, back to their family homes. It also allowed Trump to​ ​exercise his anti-immigration agenda.

Biden has already​ ​indicated​ that steep immigration reform will be an early priority for him, and he’s already assembled a​ ​task force​ to work on combating the spread of the virus, comprised of medical professionals and public health experts. Quick action on both fronts should allow students to return to their universities, regardless of their country of origin. A further shift will come from the fact that Biden will be replacing deeply conservative Trump appointee Betsy DeVoss as Secretary of Education with a public school teacher, a promise​ he made to the nation’s largest teachers union. DeVoss’s anti-public education​ ​agenda was well documented before Trump took office.

During his campaign, Biden unveiled a​ ​plan​ for higher education that included eliminating public university tuition, severely reducing student loan debt and reinvesting in communities to allow low-income students to more easily finance their education. While at this stage it is unclear how much of this plan would be implemented, any measures of it would be a significant improvement over the current state of higher education in the US.

Record-high student loan debt nears roughly $1.7 trillion, tuition prices continue to increase steadily, and there are few options for low-income students that do not include taking on excessive debt. Biden’s plan has drawn from the less moderate policy proposals of former Democratic candidates Bernie Sanders and Elizabeth Warren, both of whom Biden will likely be working with as he works to undo the damage done to the nation’s higher education system by the Trump administration.

Even with the potential for partisan gridlock that may lead to complications regarding any major policy shifts, for students everywhere, things are looking up.