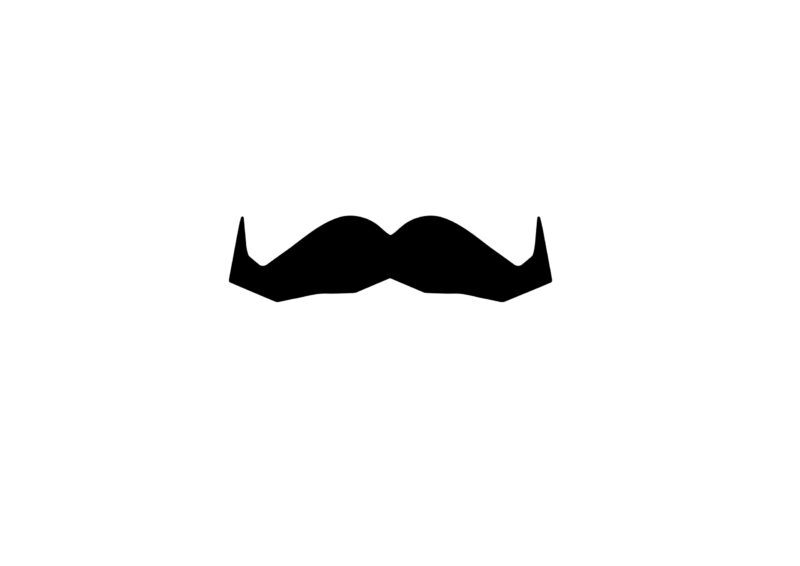 “We can’t play anything at the moment because they’ve stuck a big white tent on our lawn”, laments DU Croquet Club captain Oscar Byrne, referring to the unfortunate sacrifice of the New Square lawn for additional study space. A more liberal interpretation of the club’s woes, however, does help depict the latest challenges imposed by the pandemic to Trinity’s sporting community (not least because the tent itself is a byproduct of said pandemic).

Lockdown uncompromisingly dominates the playing fields, suffocating the fixtures and communities attempting to exist under its tyranny in a state of affairs that would appear to paint a rather bleak overview of morale at these clubs. However, such a view underestimates the resilience of these clubs in maintaining the very unity the pandemic has threatened to destroy.

It is in this indomitable spirit that the Movember movement has really taken off this year. The lockdown-induced absence of organised sport has left the onus on the clubs themselves to conjure their own stimulation – and conjure they have. Along with the male-dominated component of moustache growth, this year clubs have expanded their portfolio of challenges to encompass the female demographic of their populations – and those hapless males whose density of facial vegetation is more Saharan than Amazonian.

Not that these clubs were afraid to call out such males: Dublin University Football Club’s (DUFC) organiser Reuben Pim, when asked whether he’d disclose any men whose epidermis was thus far more akin to the outer layer of a snooker ball than that of its furrier tennis counterpart, responded “Harry Sheridan… I mean, he’s made an effort, but he’d tell you himself it’s not quite what he was hoping for.”

The lack of hesitation from DU Croquet Club in proffering their own victim confirmed that the brutality of the sport was as inherent off-the-lawn as it was on it. “We’ve one fella really struggling. Oscar Malin is his name”, said an audibly delighted Byrne, before proceeding to joyfully spell – without any prompting – the luckless individual’s name. “God bless him, it just hasn’t really worked out for him yet.”

Preserving this sense of humour will be key as DU Croquet Club undertakes their target of running 200km during the month, a template also adopted (albeit in less herculean fashion) by Dublin University Association Football Club (DUAFC) and DUFC. The latter are “trying to do some running and a bit of cycling” without neglecting “the old moustache approach”, says Pim in what is an ethos that has appeared to have obtained subscription from the TCD Horse Racing Society too.

Along with this breadth of participation, there has been a notable depth of innovation as clubs look to imprint their own stamp on the movement and include as many of their ranks as possible. With moustaches largely off the table for Dublin University Ladies Boat Club (DULBC), secretary Eimear Fahy describes how they have opted for “a virtual visit to our homes”.

“We added the total distance to each athlete’s hometown, and the challenge is rowing, running and cycling these 1470 km in November.” Fahy was quick to assure that it wasn’t a case of the Donegal contingent drawing the short straw: “It’s not a case of having some girls trekking the distance of their home in Letterkenny and others merely doing the distance to their place in Booterstown. Everyone contributes what they can to the mileage and we’ll see how far we get”.

DU Sailing Club has been similarly alternative: “A group of us go swimming everyday near Seapoint”, says Secretary Hannah Collins. Though not so much a physical challenge, the mental component is not to be sniffed at, with most swimmers “getting up early to go at sunrise” only to be greeted by the cool November air temperatures, and the even cooler embrace of the Irish Sea.

It’s not a case of having some girls trekking the distance of their home in Letterkenny and others merely doing the distance to their place in Booterstown. Everyone contributes what they can to the mileage and we’ll see how far we get

Whatever discrepancy exists in their methods is entirely absent in the prolificacy of their harvest. Even with a third of the month still to go, imposing totals reign across the board. Slightly inevitably (though none less impressively), the bigger clubs are leading the charge on the funding front – DUFC having so far raised a sum of €10,115, while DUAFC have raised €4,325.

These numbers in no way diminish the efforts of the smaller clubs, who are punching well above their weight. DU Sailing Club have recruited €2,122, DU Surf Club €2,150 and DU GAA €1,522. Meanwhile, DU Croquet Club continue their assault on the upper echelons of the leaderboard with a strapping €4,435.

As well as raising awareness and money for the causes listed under the umbrella of the Movember movement, a number of the clubs are using it as an opportunity to retain and build on fitness in the absence of training. “The boys are setting each other challenges and raising money – why not use it to stay fit and stay involved for a good cause”, explains Pim.

“We wouldn’t want to lose the fitness we gained over the summer anyway, but this allowed us to set smaller, more certain goals to aim for, especially with the uncertainty surrounding races like the Colours and Henley next term”, observes Fahy.

“It’s one of those things where now we’re doing it, it’s such a good thing that you sort of wonder why we weren’t doing it before”, summarises DUAFC captain James Woods. “We’d be running anyway to keep fit for when the season resumes, so this was an easy way to use that for doing something good.”

What also became clear upon speaking to these clubs was the role of lockdown in facilitating such a seismic effort with Movember this year. The way in which it provided breathing space for clubs to organise themselves and participate was crucial for numbers.

“We’d usually have the red and black ball at the end of November so not too many men are keen to have their moustache for that – as a result I think a lot more have got involved, even some of the coaches”, Pim points out.

“It gave us a good chance to get a bit of publicity, and grow the [croquet] club too”, remarks Byrne – “while raising some money and awareness too of course”, Peter Stephenson rescues, in an exhibition of the sort of diplomacy that likely elevated him to the role of DU Croquet Club’s Public Relations Officer.

Yet it is the sheer number of clubs making their Movember debut this year that is perhaps the best indicator of lockdown’s contribution to Movember. For the TCD Horse Racing Society, DU Croquet, Sailing, Football, and Ladies Boat Clubs, this is the first time they’ve embraced the challenge as a club, which is surely no coincidence given the circumstances.

We’d usually have the red and black ball at the end of November so not too many men are keen to have their moustache for that – as a result I think a lot more have got involved, even some of the coaches

“It’s a nice, social thing to do during lockdown that would include the whole club”, says Collins, whose emphasis on the attraction of the social aspect of the challenge was something echoed by Woods: “It was a good way for freshers to get engaged with the club, as otherwise they wouldn’t really have got the chance to get involved with the club this season.”

Lockdown has undoubtedly been a blow for these clubs, socially as much as athletically. Despite this, it has also facilitated the biggest college-wide Movember effort to date – an effort which has gone some way to preserving the sense of togetherness and mental well-being that were jeopardised with the cancellation of the various social activities, be it training or pav nights.

It is fitting, in a way, that on top of collectively raising money and awareness for mental health, through these various active and inclusive challenges Trinity’s sporting community are helping safeguard the very thing which it aims to support. 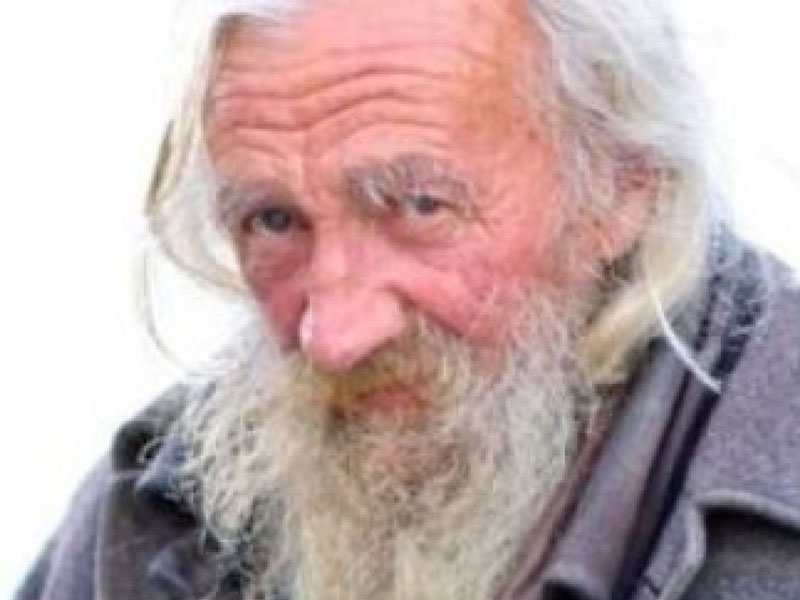 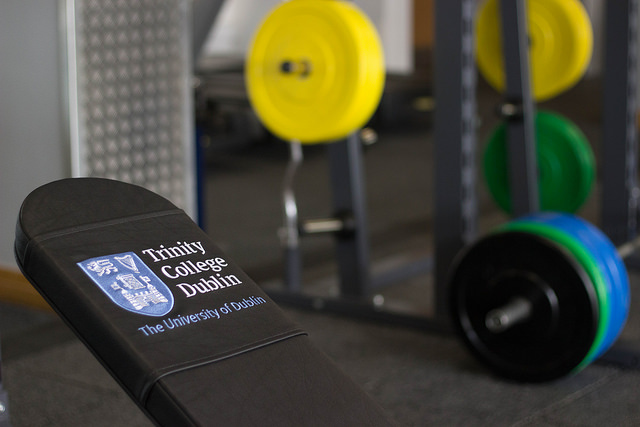