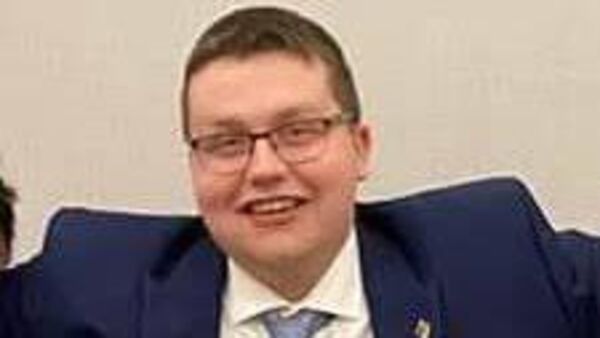 Leaving Ógra Fianna Fáil was one of the hardest decisions I’ve ever faced, but I don’t regret it.

On December 28th last year, I published a letter on Twitter which I previously sent to Áras de Valera (Fianna Fáil HQ). Since that fateful day, I have had my name tarnished, been ostracised by a certain number of – admittedly former – friends and faced the wrath of a number of very angry people who believe I have betrayed the party.

Judging from people’s reactions to it internally, one may assume I must have committed some sort of heinous offence. But instead, I had the sheer gall to resign as secretary of the Monaghan branch of Ógra Fianna Fáil which I co-founded some months ago.

Nobody will be surprised when I say that I don’t come from a Fianna Fáil or Fine Gael family. I wasn’t necessarily attracted to the party as a result of any sort of family connection, but rather out of a passion for the work that Fianna Fáil was doing at the local level.

I wanted to do my part, and give back to the same community which has done so much for me personally. At the time, I believed that the best way to do that was through Fianna Fáil, a party that built this republic based on the values of entrepreneurship and equality. These are values that we could all get behind and, being idealistic at the time, I jumped onboard. After becoming a member, I canvassed for many different candidates, during many of the different campaigns that have occurred in the past few years.

Judging from people’s reactions to it internally, one may assume I must have committed some sort of heinous offence. But instead, I had the sheer gall to resign as Secretary of the Monaghan branch of Ógra Fianna Fáil which I co-founded some months ago.

Now, I don’t necessarily want to dwell on the particular incidents which have served as a catalyst for my resignation, as they have already been extensively covered and involve very sensitive matters for a lot of people. But in general terms, I witnessed the harassment of several members, including everything from childish schoolyard insults to sickening personal attacks. As well as that, there were a few incidents where the behaviour turned into a very vile sort of carry on, which began with describing female politicians in a derogatory manner before deteriorating into ranking female members of the organisation.

Regardless of where you stand politically, I think we can all agree that this repulsive behaviour within the youth wing of the Taoiseach’s party is unacceptable.

This was all brought to the attention of headquarters on multiple occasions and yet no firm and conclusive action was taken. Looking back now, I was very disappointed. I contacted a member of HQ a few weeks before Christmas stating quite honestly: “Listen, if this isn’t resolved by Christmas, I will be reconsidering my position. I cannot in good faith continue being a member of Ógra if this isn’t addressed.”

I believe I was fair in giving headquarters a few weeks along with advanced notice of my intention to resign if nothing was done. The last thing I wanted to do was to make my resignation public, as I knew that certain groups would try and score political points on it.

However I stand by my decision as there is now an intention within the membership to call this sort of behaviour out. This was really a question of morality for me. I could not tolerate good friends of mine being treated in such a vile and inhumane way, and having exhausted all internal methods of dealing with it, I had no choice but to resign.

I stand by my decision as there is now an intention within the membership to call this sort of behaviour out.

When I released the letter of resignation publicly, I was expecting pushback and anger from a select group of people within the party, but I wasn’t expecting the sort of vitriolic denigration that I did in fact receive. I’ve been called a liar, received abuse on account of my ethnic background, been told that I’m only resigning for political gain and I have even been called a Nazi collaborator. Don’t get me wrong – I’m well used to receiving abuse on social media. Usually I’m not too concerned about it, as it’s part of the price of being actively and publicly involved in any political party. But this attack was directed at me from former friends. I would be lying if I said it didn’t sting. It really did.

To add insult to injury, members within the party have reported to me that they have been told to dissociate themselves from me, delete tweets in support of me and refuse to talk to me. This is extremely strange behaviour, and very disappointing. But fortunately the overwhelming majority of Ógra members and a number of elected representatives have privately supported me in this trying time. This makes me luckier than most.

I was recently asked about how I feel now that I “have no chance of a career” within the party. This question struck me as being particularly odd. A career should not be the priority for anyone in the youth wing of any political party. The priority for all those involved should be standing for what they believe in.

This is a very unfortunate saga which I hope results in a better Ógra Fianna Fáil nationally, one that is free from this invidious behaviour. After everything a small number of people from within the organisation have put me through, I don’t see myself returning. But I have not given up on politics and never will. To me, politics is about helping and supporting local communities through the ballot box – and that is sacrosanct.

Niko Kawonczyk was previously the secretary of the Monaghan branch of Ógra Fianna Fáil, which he co-founded.