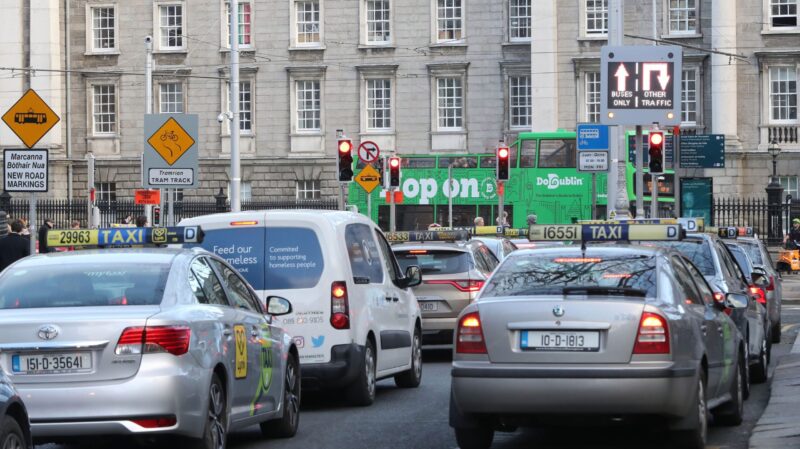 As a student, it can often feel like attempting any meaningful change for the good of the planet is beyond our reach. Being strapped for cash or not having control over your accommodation’s energy supply can limit the changes we can make to protect the environment. However, there exist certain significant changes we can make that don’t require any hard cash.

Images of nature “healing” during the first lockdown flooded social media and people hoped that the coronavirus could help the fight against the climate crisis. Indeed, it is estimated that there has been a nine per cent reduction in greenhouse gas emissions in Ireland in 2020.

Although significant, this reduction shows us the scale of the challenge to come. It took over nine months of restrictions, three of which involved the economy being almost entirely shut down, to achieve this reduction. The government has committed to a reduction of seven per cent per year until 2030. So, we need to reduce our emissions every year by almost as much as the coronavirus caused them to reduce this year, and we cannot rely on closing everything down to do this.

Seven per cent a year may seem significant, but it is a minimum figure. There has been a lot of focus on becoming carbon neutral by 2050, however, due to the amount of carbon we have emitted over recent years, the majority of this change needs to be made before 2030. We are currently racing towards triggering several irreversible changes – known as “tipping points”. If one of these tipping points – such as iceless summers in the arctic – is reached, it sets off an unstoppable chain of events which will make the most severe effects of global heating unavoidable.

As a student, it can often feel like attempting any meaningful change for the good of the planet is beyond our reach

The effects of global heating are so widespread and diverse that they can be hard to contain in an article and even harder to visualise. One statistic which can convey the gravity of global heating is its potential to cause a refugee crisis almost beyond our imagination. It is estimated that climate change will lead to 200 million people being displaced from their home countries by 2050. In terms of scale this is seven and a half times the number of refugees in the world today and the current fight against direct provision has highlighted how poorly we are managing that.

In 2017, Ireland had the third highest emissions of greenhouse gases per capita in the EU. This means that as someone living in Ireland your emissions are almost three times that of the average person on the planet. This is why each of us has a personal responsibility to reduce our emissions. We have enjoyed the benefits of a high emission life and it is those who produce the lowest emissions who are going to pay for it as the lesser developed countries will be hit the hardest by extreme weather events resulting from global heating.

For many people, the suggestion of going vegan evokes a large and resounding “nope”. If going straight from a full meat-eating diet to one devoid of animal products seems impossible, there is still a lot you can do. A vegetarian diet has a carbon footprint which is half the size of that of a meat lover. If you want to make a difference, start by trying to go 30 days meat–free. A trial period can make the idea of giving up meat less daunting and after giving it a go you might find that it is not nearly as difficult as you feared.

It is estimated that climate change will lead to 200 million people being displaced from their home countries by 2050. In terms of scale this is seven and a half times the number of refugees in the world today

One misleading statement which we often hear, is that meat is needed for a balanced diet, yet this is not necessarily true. Protein usually taken in through the consumption of meat can easily be replaced by eating chickpeas, kidney beans and red beans. Some people might worry that vegetarianism leaves you with no options when eating out. However, according to travel company Hayes & Jarvis, Dublin is the most vegan friendly city for eating out. There is a wealth of vegan options available in restaurants and a large number of specifically vegetarian or vegan restaurants peppered around the city.

The food system is responsible for over a quarter of all greenhouse gas emissions. This is one sector where individuals can make a huge difference by adjusting their diet. If enough of us make these changes we can help Ireland to reduce its carbon footprint beyond seven per cent per year. More importantly, we can help to front-load this reduction and avoid triggering tipping points which will make global heating unstoppable. Let’s try it for 30 days, how hard can it be?