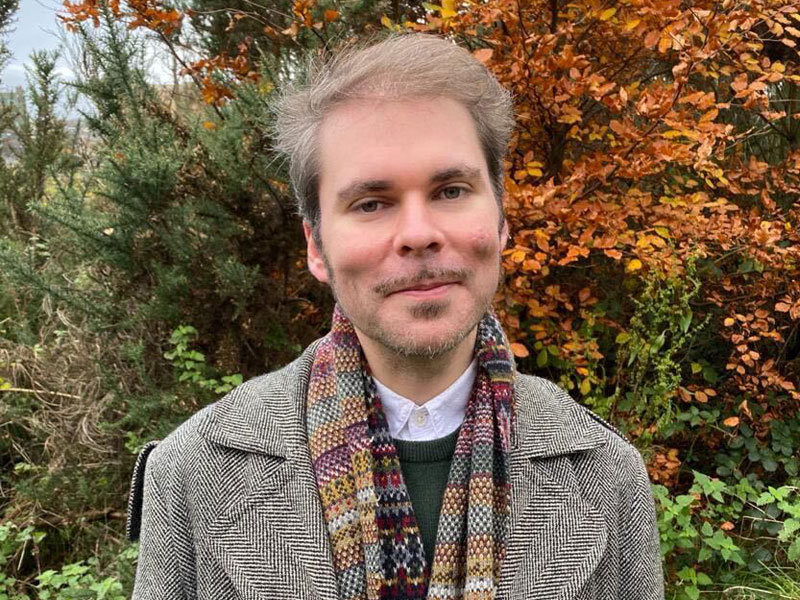 Those of us interested in writing often spend time pouring ourselves into the cheapest journal we can find on the shelves of Easons or, if we are really treating ourselves, Hodges Figgis, careful to exclude the most intimate details – or maybe that’s just me. Regardless, there comes a time in a writer’s life where they have to decide whether or not they want to take things to the next level. Speaking with The University Times, the Irish poet and winner of this year’s Rooney Prize for Irish Literature, Stephen Sexton, takes us through his writing journey, starting from that crucial moment up until his recent milestone.

Sexton says that his moment of truth came when he “started taking things very seriously” in the latter years of his undergraduate degree in Queen’s University Belfast, “and even more seriously still when [he] started doing a master’s degree”. In 2014, three years after beginning this Master’s degree, Sexton released his first pamphlet of poems entitled Oils. The pamphlet comprises 16 poems, which draw on myth and folktale, as well as the world of art and its relationship to literature.

The discourse between art and literature is a theme that Sexton explored throughout Oils, marrying his interpretations and experiences of paintings, films and cartoons, with his poetry. This inclination stemmed, he said, from his growing interest “in poems and pieces of writing that are based on or respond to images”.

However, in his most recent work, Sexton opted for a different poetic subject: Super Mario Bros. Choosing to draw inspiration from a game that defined many of our childhoods was definitely a “playful” and “mischievous” choice, as Sexton describes it. In the collection If All the World and Love Were Young, he employs ekphrasis – a literary technique used by renowned writers like William Carlos Williams – and takes inspiration from what “some people would consider to be not high art”, he says.

To the average person, this manner of reinventing traditional literary techniques and recasting them in the modern context may seem utterly sensational, but for Sexton, writing about Super Mario Bros arose “through mostly boredom”. What’s important to remember however, is that this work is not exclusively based on the popular video game, “it just pretends it is”, says Sexton. Perhaps it was this extraction of inspiration from the most unlikely of places that caught the attention of the judging panel for the Rooney Prize for Irish Literature.

Sexton recalls the moment he was told about his success back in July of this year: “I missed a call and thought, ‘I wonder who that was’, and then the phone rang again and… it was completely out of the blue [because] you can’t enter this as such.” This surely made this “remarkable gift”, as he calls it, all the more flattering for the poet.

As for his future, Sexton assures us that he has another book in the works, which he hopes will be published sometime next year. When asked if this award has encouraged him to continue writing or not, Sexton says: “It’s extremely important [that this work] has been received so kindly and so warmly by many people and many readers.” He adds that this has definitely given him “a lot of encouragement”.

He also notes that this acknowledgment of a work, which he considered “cheeky”, given its video game origins, has shown him the importance of trying “things that you’re not quite sure of… because there’s nothing worse than being certain about what you’re doing”.

“So I guess there’s a lot of encouragement in that”, he concludes.