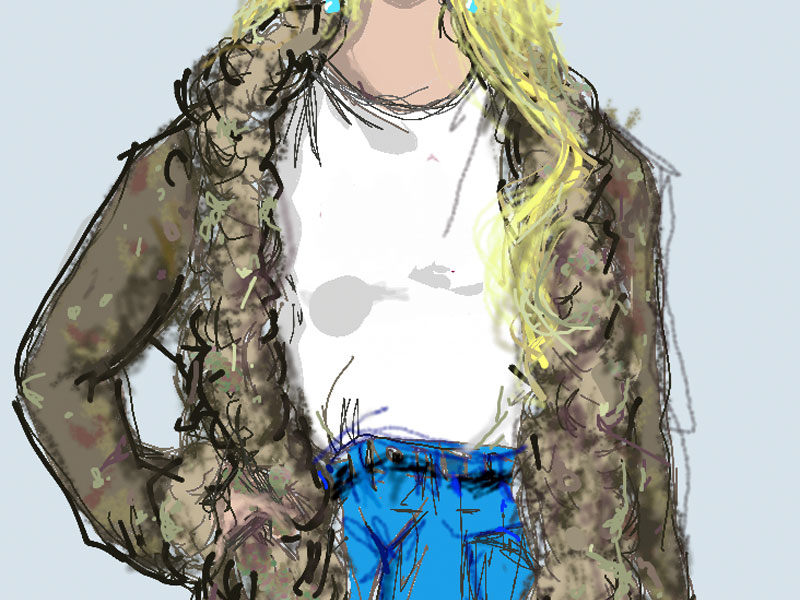 With the resurgence of noughties fashion at its pinnacle, it’s no surprise that this style has percolated the average Trinity student’s wardrobe. As diamante crop-tops, low-rise jeans, Afghan coats and Juicy Couture tracksuits saturate the second-hand market on Depop and eBay, surprisingly, if not ironically, Britney Spears and Paris Hilton rise as style icons once more.

Noughties style, which inherently endorses the “I found it in the attic” look, certainly does not reflect this on the price tag of its item of the moment, the Afghan coat. Undoubtedly, the popularity and demand of this particular garment is to thank for its extravagant price, with many listed on Depop for over €100. The coat is often referred to by the doting nickname of “Penny Lane”, after a character who famously donned it in the film Almost Famous from the year 2000.

The coat originates from the province of Ghanzi, which lies between Kandahar and Kabul in Afghanistan. Traditionally it was worn as an overcoat by Afghan people, specifically, the Pashtuns. It’s generally described as a sheep-skin or goat-skin coat with a fleece lining on the inside of the jacket that remains visible on the cuffs, collars and sometimes even the bottom of the coat. Nowadays, it comes in corduroy, suede, and cotton in a variety of colours and prints, always trimmed with the characteristic fleece.

The coat first became popular in the 1960s when The Beatles were seen exiting the vintage shop Granny Takes a Trip, on King’s Road in London, all wearing one. The band later revamped the coat by wearing it inside out for the cover of the Magical Mystery Tour LP.

After appearing on The Beatles, the Afghan coat soared in popularity. From there, it became a symbol of freedom, travel and open-mindedness as it emerged as an emblem of the hippy subculture of the 1960s and 1970s. As its popularity rocketed, the small region in Afghanistan where the coats were being made could no longer satisfy consumer demands and so, inferior imitations surfaced, accompanied by a smell that arose from skins that had not been adequately cured. This smell, however, was masked often with patchouli – an aromatic oil that subsequently became a scent of the decade and even now could evoke nostalgia in those who once clung to the mantra “peace and love”.

Celebrity pop culture embraced the regalia, as the rich and famous began to wear them with increasing frequency. Not long after The Beatles, The Kinks all wore Afghan coats in their music video for “Ape-man” and David Bowie donned the coat on his wedding day with his first wife, Angela Barnett. Keith Richards was seen clad in a version of the coat for a photoshoot in Redlands and Jimi Hendrix was often seen wearing one.

The trend progressed into the 1970s but had fizzled out by the 1980s, once the market became inundated with artificial articles. People’s attention was diverted, as icons like Madonna and George Michael introduced more fun outfits like rah-rah skirts and oversized shoulder pads, begetting a new style cycle.

The Afghan coat was deserted, left hanging on the back of a chair next to the lava lamp, only to resurface in another decade. Discarded too were its consorts – the headbands, waistcoats and the aromatic concoction of patchouli and marijuana as fashion moved through the hedonistic 1980s to 1990s grunge.

Rediscovered in 2020, aficionados pair it with a low-rise dark denim jean with diamante and velour emanating from their undercarriage. Who knows, by the end of this decade, it may find itself being forgotten on the sticky floor of a nightclub somewhere along the Quays!