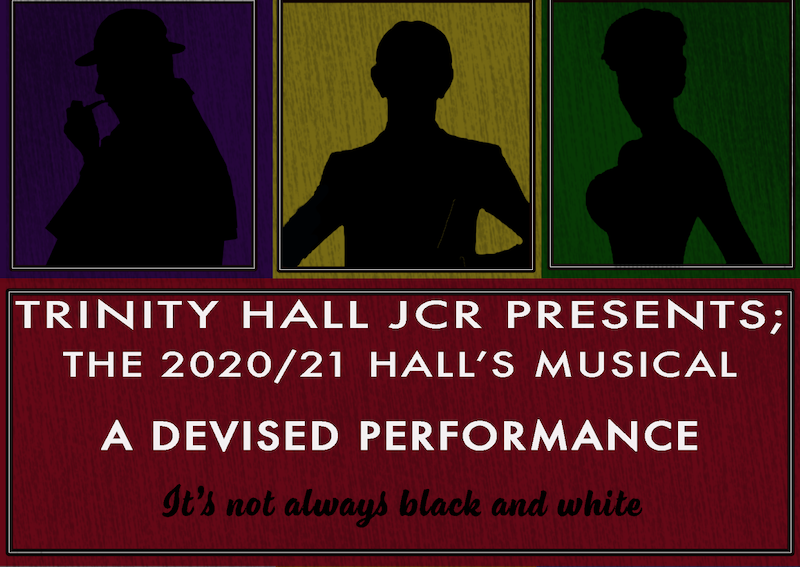 The Halls musical is undoubtedly one of the most important events in the Halls calendar. It is, in essence, the epitome of a successful icebreaker whereby, in a matter of weeks, a cast of initial strangers form a small community, bonded through a shared passion for performance. For the 2020/21 production team, coronavirus has served up an immense challenge: how do you stage a musical during a pandemic? To answer this question, The University Times spoke to JCR Music Officer Lucy Jamison and Halls’ Musical Director Saoirse Joy, who both feel ready to rise to this challenge .

Recent months have witnessed the breaking of many traditional moulds and the Halls musical will be no exception. Rather than attempting a “full-scale musical” during such an uncertain period, Joy explains that the team are in the process of creating their own original musical.

“We have brought together a cast of 10 students and are building a musical based on their artistic visions – how they want the scenes to progress and the characters to form”, she says.

According to Joy, the performance will have a murder mystery theme. “Over lockdown, popular trends such as TikTok and online games really took off”, she says, explaing that this inspired her team “to take one of these trends – the mystery game Among Us” as a vision for their piece.

Jamison believes that providing this platform for students is crucial because by devising their own work, the cast members’ voices will be clearly heard. “Many creatives felt stifled over lockdown by the constant pressure to be productive”, she points out. “We hope that this process will provide a safe and comfortable environment for creative expression to flourish.”

The creation of this environment has been made possible thanks to the work of a magnificent production team. Joy says that this year’s team have taken a “different stance” to previous years in order to “give creative control back to the students”.

“We see ourselves as guides rather than controllers”, she says. “Our aim is to make the devising process engaging and enjoyable – a place where the cast can redevelop their love for their art.”

The impact of this musical will not be solely confined to Halls. The team also plans to involve the wider college community in the process by holding collaborative events such as devising workshops. “The musical is not just an extremely important part of Hall’s life, it is also a springboard into larger college societies”, Jamison sets out. “Therefore, during this time more than ever, it is extremely important that the musical happens.”

The team is working on the assumption that the musical will be filmed and distributed online in late March. However, with a heavy emphasis on public safety in Halls, they also have a number of contingency measures in place. “We are very lucky to have facilities where we can utilise outdoor spaces”, Jamison acknowledges, with regards to the Trinity Hall location. “Therefore we will definitely be looking into how we can use this to our advantage.”

Whatever the outcome, the team is very hopeful about the performance, an optimism which Jamison attributes to the strong community spirit within Trinity Hall. “I am confident that the Halls community will band together to make the most of things”, she says. “Everything is so fragile and unstable at this time but we find a stability in the knowledge that there are amazing creatives out there who are willing to be involved.”

The Halls musical is provisionally set to be distributed online in late March.