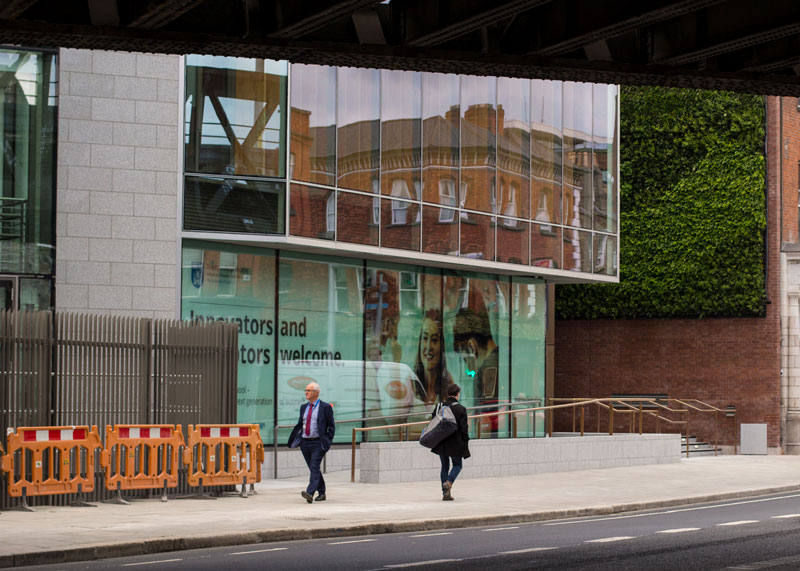 Agility and adaptability have become necessary for businesses to survive in these troubled times. Heavy restrictions have come into effect in Dublin, our in-person hours have been stripped away and the word “lockdown” features in most conversations.

However, long before the pandemic, Tangent, Trinity’s ideas workspace, was encouraging the kind of thinking that many of us have only just become familiar with in the past few months.

Speaking to The University Times Kenneth Finnegan, CEO of Tangent, says “it’s all about agility and adaptability.” He explains how those who work with Tangent have “entrepreneurial characteristics – they adapt, they’re agile and they see what we could perceive as a problem as an opportunity”.

In a world where each day the news tells a story of an economy in decline, job losses and businesses closing, it can seem like an odd time to begin to plan out the ideas for a product or start a new project. Yet Finnegan assures me: “It’s all about mindset.”

Indeed, it truly is all about mindset. Humans are one of the most adaptable species in the world, and the projects and innovations that Trinity students have spent the past few months working on are a testament to that.

“Honestly, I see it more as [a] great opportunity”, Diarmuid McGonagle, one of the founders of Fonz Music, explains, “I know…at least three of us had internships planned for the summer, so we would have been busy in a nine to five but the fact that COVID kind of disrupted everything [gave] us the opportunity to really work on something together”.

McGonagle’s statement will ring true for many students who have had summer jobs, internships and other opportunities snatched from their grasp by the coronavirus. Despite these lost opportunities, McGonagle, along with his three other teammates, made the most of the time they had. The team at Fonz Music has spent the past few months designing a method, through the Fonz App and an NFC enabled coaster, to automatically add songs to a hosts’ Spotify queue at social events.

Such events seem like a distant memory but, for McGonagle, quarantine has enabled his project to become a reality. “Honestly, I kind of see the silver lining in COVID. I am quite pleased that it worked out this way”, he says.

The ability of McGonagle and others to find good in our collective misfortunate is commendable, and he is not the only one who has managed to create something innovative over the course of this period. Nicky Pochinkov, a founder of Painless Journal, a symptom tracking app for patients with chronic illnesses, shares his optimism and, despite the challenges that working during a pandemic poses, celebrates the opportunities it presents. 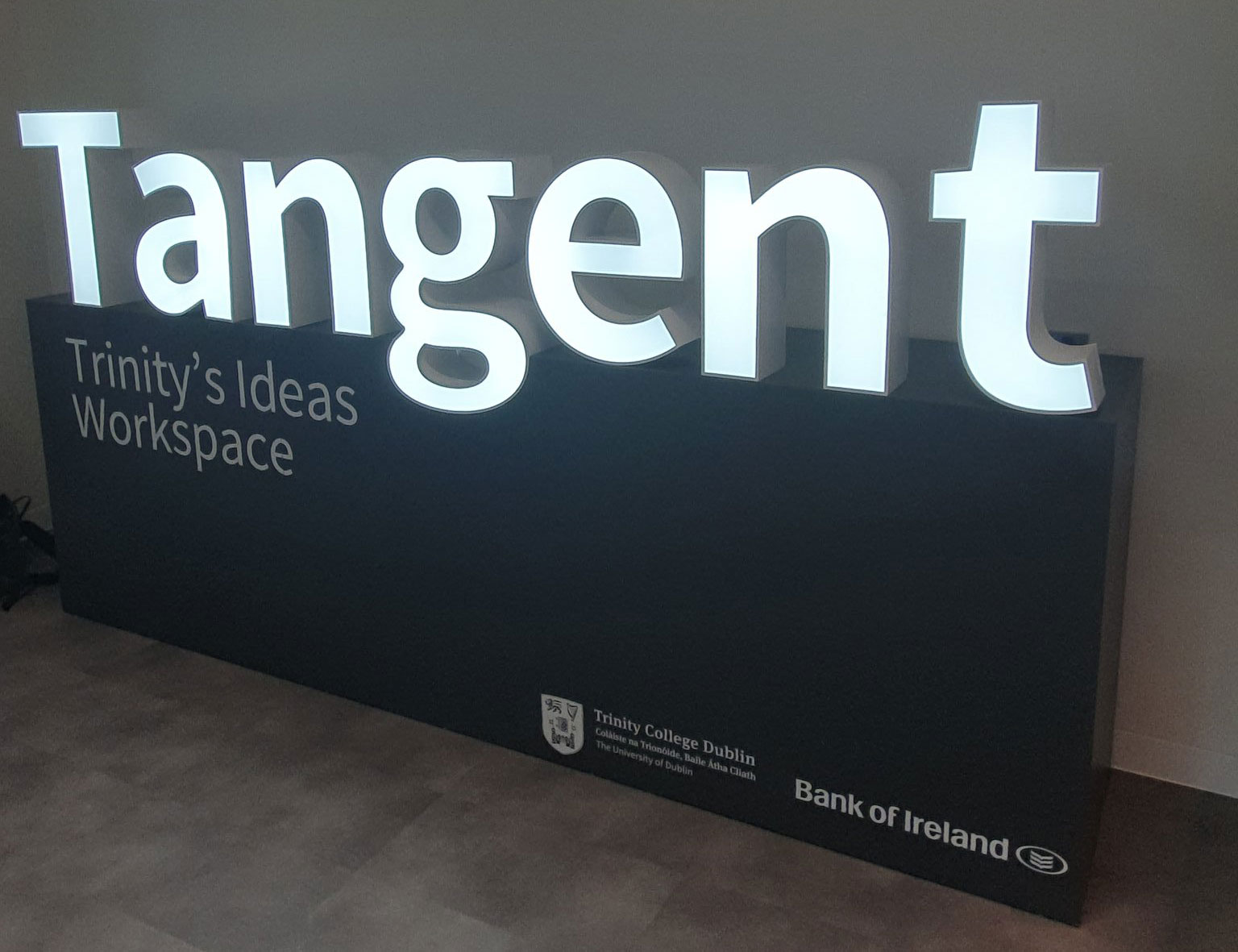 Tangent, Trinity’s ideas workspace, is a programme in College that aims to foster entrepreneurship

Pochinkov was a participant on Patch, a summer accelerator founded by Trinity student Tom McCarthy. He explains how coronavirus “…also opened the doors to another team member [who] was working in India and [allowed] her to join.”

The increase in virtual connectivity brought about by the coronavirus has allowed students to become involved in projects no matter where they are located. Fonz Music has some experience working across borders, with McGonagle and another teammate are in the US, while the others are based in Ireland.

Nevertheless, he argues that “[working across different time-zones] gives us a better perspective…we don’t necessarily have to work together and so no-one is really the boss…[it’s] much more organic and we trust each other – there’s a lot of trust in the team.”

McGonagle may be convinced of the merits of working online but this isn’t the case for everyone. David Deneher, one of the founders of Field of Vision, a haptic entertainment device for the blind, noted that the absence of in-person collaboration did present some challenges.

“There’s only one prototype and there [are] three houses”, he explains, “and we are all working on different aspects of it.”

“So, there are times when I’d want to test something that would take a day to test and I would realise it wouldn’t work but if that was in person, I could test it and keep working on it as I tested it”, he says.

Deneher describes how he would sometimes spend hours waiting for his code to be tested. Meanwhile, Jamie Palmer, one of the founders of Vaporly, a device that turns dirty water into clean drinking water, explains how, in the beginning, his project consumed every minute.

“One of the things I found is that it was hard to get a healthy balance of exercising, eating and stuff because I had started something new and I had been so bored for so long. I ended up getting so invested in it that I’d spend like ridiculous hours a day [working on it]”, says Palmer.

Indeed the mental strain that can occur when first starting a project is an obstacle that is often not talked about by entrepreneurs. Elaborating on this struggle Palmer says, “I was just so like frustrated and bored coming out of quarantine”, he explains. “I threw myself at it way too hard and I burnt out in the first couple of weeks and I had to take a step back and get back on the ball again. So, I think that like pacing myself coming out of quarantine was [definitely] an unexpected challenge.”

Expected or not, when working on a project, challenges are bound to arise. “Part of being a successful entrepreneur is [the] idea of you may get kicked and you may fall on your backside and it may hurt lots but…you have to keep on going”, Finnegan explains.

However, he adds that having “a support group…makes it easier [because] you’re able to share your challenges and your struggles”.

One of the things I found is that it was hard to get a healthy balance of exercising, eating and stuff because I had started something new and I had been so bored for so long

Palmer shares his view and explains how the support he received from Trinity had a positive impact on his project: “they made it a lot easier…I spent a good bit of time in the civil engineering lab with Mary O’Shea and David Mc Auley and [they] were really, really helpful and they were constantly giving great advice… I think having that was really helpful and the guys are always really like accessible by email. They’re always quick to reply.”

One of Finnegan’s key messages is the openness that Tangent offers. He explains how designing and working on projects is not an exclusive exercise. Any student or staff member in Trinity can get involved. All they need is an idea.