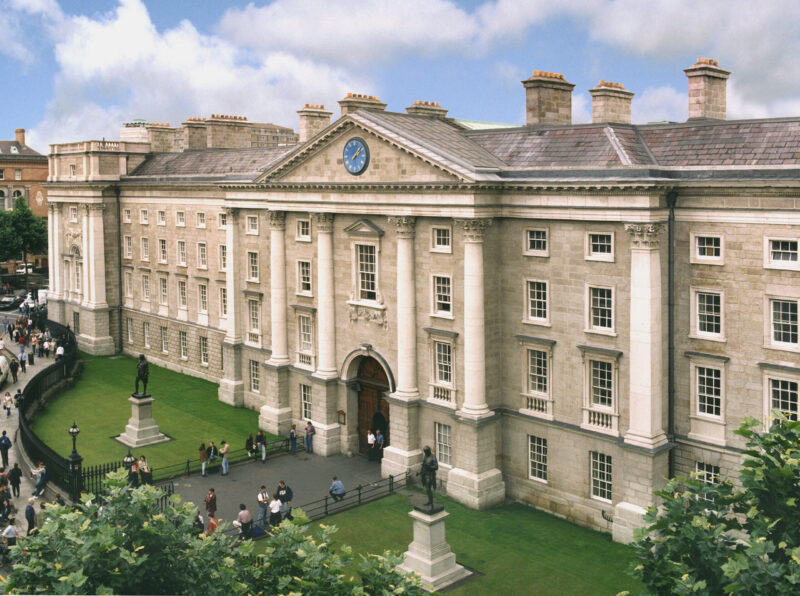 When reflecting on the many preceding races for the position of Trinity College Dublin’s Students’ Union (TCDSU) education officer, few candidates have ever been met with such a mammoth shift in the very notion of education itself. Facing frequent and unprecedented changes and challenges, the typical aspects of an education officer’s remit – ensuring equal and accessible access to education for all Trinity students – has come to be redefined entirely.

In a role that had already – quite aptly – been deemed among the most laborious of all sabbatical positions, this year’s candidates will have to brace for more than just the quintessential casework and committees, navigating the ever-tortuous nature of online education during the coronavirus. It will not be a race envied by many.

Still, this year’s battle for education officer has attracted two fervent candidates – and with a wealth of union experience under both of their belts, this will be a race containing both competence and expertise in higher education.

With fifth-year mechanical and manufacturing student Daniel O’Reilly currently serving as STEM convenor in TCDSU, as well as having previously taken on the roles of Head S2S Mentor for engineering and chairperson of the Engineering Society, this candidate knows the ins and outs of the union to a prodigious degree.

“I’ve made all the mistakes that a less experienced person still has in front of them. I’ve done a lot of things wrong and I’ve learned a lot of lessons.”

And he may very well be correct. Having worked alongside the incumbent Education Officer Megan O’Connor throughout the move to online education, O’Reilly has seen firsthand how contentious the students’ relationships with the college can be.

Rarely far from his side has been opposing candidate Bev Genockey, a third-year Zoology student who has garnered her own experience, in part through serving as this year’s deputy STEM convenor for TCDSU, as well as the biology courses convenor and chairperson for the Diversity in STEM Campaign.

While Genockey admits to not having the same “on-the-ground experience” as her opponent, she still has built up a commendable repertoire of union knowledge through casework and her time on the school executive committees. What she may lack in learning experiences, this candidate certainly makes up for in zeal for a higher standard of third-level education.

Yet whilst both candidates may have roots nurtured in the same soil, their stems, as it were, divert drastically when faced by the ever-divisive topic of union engagement.

For Genockey, student engagement with the union is a worrisome topic. She notes that although there is a distinction between “those who feel like they can’t engage and those who don’t want to”, TCDSU is indisputably facing a crisis of engagement. From perceived cliques to humdrum council meetings, long-held stereotypes of the union have often been to its detriment. Hoping to build on the progress of previous education officers, the candidate is working toward establishing a “Run for Something” campaign from freshers’ week to first council for incoming first-year students – encouraging applications for roles other than class representatives.

Conversely, O’Reilly’s stance on engagement is somewhat unorthodox. Going so far as to say that “it’s my fundamental belief that an SU that relies on student engagement is an SU that’s not doing its job”, the hopeful candidate is unwavering in his credence that students should not constantly feel obliged to engage with their union. With an impassioned debate on the matter arising in the union’s most recent meeting of council, O’Reilly must come armed with a generously sized pair of gloves to fight his corner in upcoming council hustings.

Amid encouraging students to take greater interest in the union, this year’s education officer will have to carry on the torch from the incumbent O’Connor in tackling the greatest hurdle to higher education – the coronavirus pandemic. While many circumstances may be beyond the scope of any one candidate, both have outlined plans to tackle the proposed move back to in-person learning in their campaigns.

Her solution: tackling the last-minute nature of many announcements made by the college.

“The government would make a decision about restrictions and you’d be waiting maybe 48 hours for college to comment on that.”

“So what I’d like to do then is kind of take opinions from students and bring it to the college and work on a roadmap… where students have their say but also they get to better inform their decisions more than within a 48-hour window.”

Meanwhile, O’Reilly hopes to kingpin the deliverance of online lectures.

“I’m calling it ‘Walk a Module in Our Shoes’…a big issue right now with the way education has done this year is that we have a lot of academics teaching online who have never learned online.”

As a part-time teacher at the Trinity Walton Club and a fifth-year student, the candidate has developed a unique perspective on the most effective ways to facilitate online learning, and feels many lecturers could benefit from seeing education through the student lens.

“I’m going to talk to academic practice and the EDTL team and try to get a voluntary programme to get lecturers to just sit it in a first year module… like a five credit first-year module for a semester. Attend lectures and submit assignments and see what it’s like to attend college online – so they can improve the way they deliver their classes.”

But if the candidates diverge on the nuts and bolts of the most pertinent issues in education, they find themselves aligned when it comes to enabling greater access for all students.

“I noticed it’s come up a lot of times with SUSI students in particular where in first year they’re being told to spend €50 on a lab coat and €40 on a lab manual. All these sorts of things, and their SUSI grant doesn’t come in till a month after it’s all due and they’re put in this massive financial hardship”, explains O’Reilly.

In the same vein, Genockey asserts “my main aim is to ensure a more equal and accessible education post-pandemic”.

“I do think that accessibility is such a massive thing for me that I think that I’ll be able to pass that massive amount of information across to students in a way that’s understandable and digestible and makes them want to learn more and want to engage that way.”

“Because of the way in which graphics are presented online, I’ll have a manifesto online and social media but also on Spotify, which Philly Holmes did last year. It’s just huge for students with disabilities and for those who are just in a rush.”

While both Genockey and O’Reilly find themselves treading firm ground on issues pertaining to STEM, both candidates may struggle when it comes to the arts and humanities and the health sciences.

“Being the STEM convener for two years…[means] that almost all of my operational knowledge is based on the one end of campus”, admits O’Reilly.

Assuredly though, this is a small bump in the road for both Genockey and O’Reilly. With an impressive CV of union experience in both of the candidate’s back pockets, their mirrored knowledge of mandates and policies means this race will inevitably rely on the nuances of manifestos points and policy-plans.

With so much at stake in the current climate of a global pandemic, the outcome of this race – not to mention the race itself – will draw the eyes of many. The incoming officer is likely to face even more drawbacks than the incumbent O’Connor, and so both candidates will have to prepare for an arduous year ahead.

With O’Reilly boasting plans to create a wealth of information for Erasmus students on partner universities and accommodation providers and Genockey focusing on reinstating the academic senate as a cornerstone of her campaign, these two hopefuls may have to dial back promises as the union wades through a potential second year of online-learning.

Relying on a bank of union experience and knowledge to establish themselves as the standout candidate, there is no obvious frontrunner thus far in the race to be education officer. However, in a campaign that will take place entirely online, do not expect such equivalence to remain undisturbed. With the scope for impression provided by social media platforms – platforms that will be pivotal this digital campaign season – volatility is unlikely to remain a bystander. And it would be naive to suggest that this race would be spared a visit.

Faye Curran is the deputy opinion editor of The University Times, and will edit the education race during the upcoming TCDSU elections. Deputy Sports Editor Charlie Moody-Stuart will act as correspondents on the race.