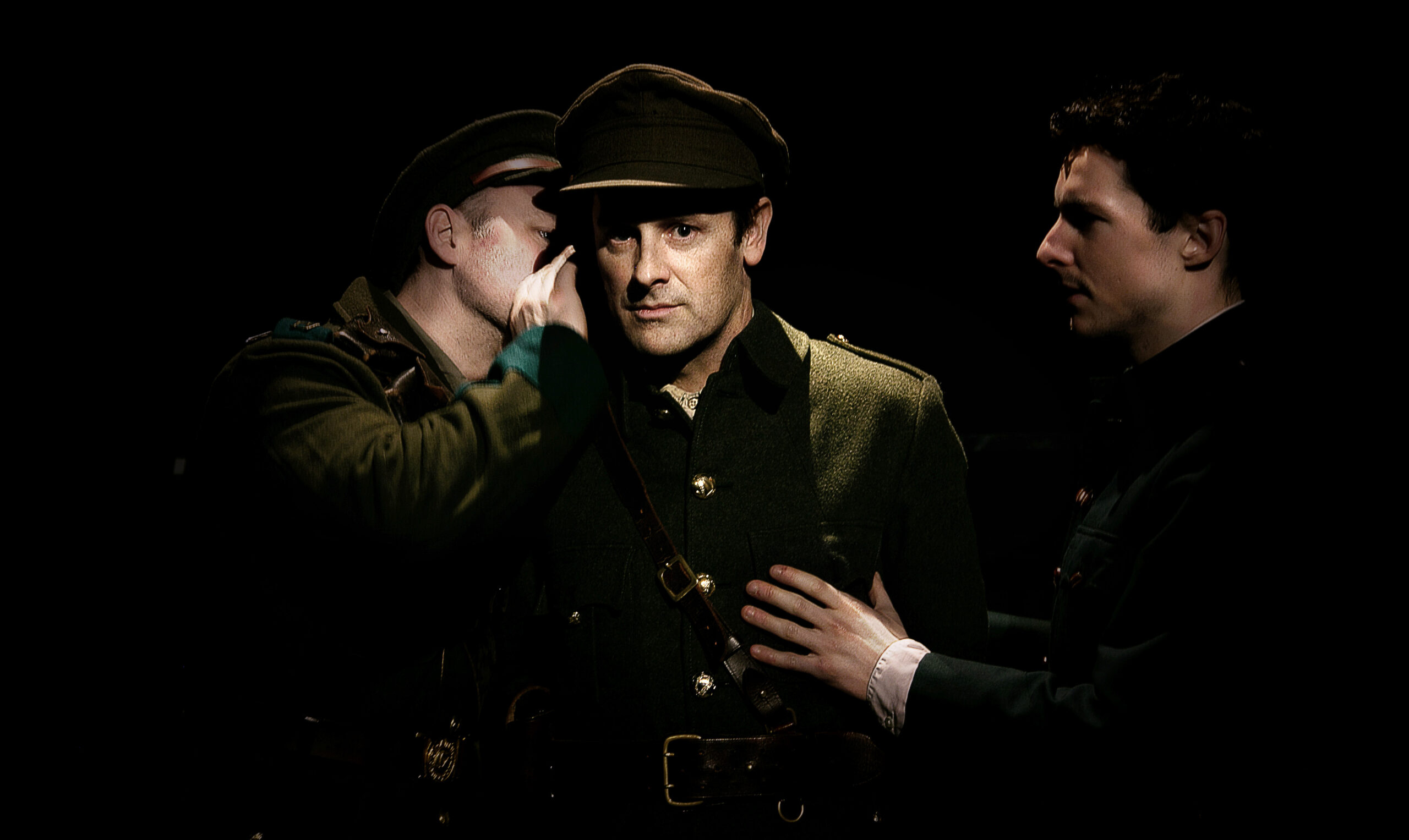 Over the Easter break, Fishamble is bringing back Inside the GPO, a production from 2016 which reflects on the 1916 Easter Rising from the perspective of those inside the GPO, to mark the 105th anniversary of the historical event. Originally filmed and performed in 2016, the show has since been edited, and will premiere this time round with the addition that audiences may tune in from across the globe.

Speaking with The University Times, artistic director of the show Jim Culleton discusses the conception of the play. Culleton was approached about the project by An Post, as the company tends to work with new plays and performances that “grapple with who we are now”. Initially unsure whether to take on the historical performance, Culleton decided to take up the offer as “It was a once-in-a-century opportunity that we couldn’t turn down”.

The play was originally produced as a site-specific production at the GPO, as part of the centenary celebrations in 1916. Written by Colin Murphy, known for documentary dramas such as The Guarantee about the 2008 financial crisis, Culleton explains that the show wanted to “get behind the stories – to the human element.” The opportunity of creating a play inside the GPO was incredibly special, as it allowed the team to “capture the drama and themes” from the location itself.

When asked about the virtual tour, Culleton mentions the collaboration of Fishamble with Culture Ireland, as well as Irish Heritage Centres and Irish Studies courses around the world, pushing to stream the show to as large an audience as possible. The show will be broadcast for five days and ticketholders can attend on any day. “There’s something nice about [having] people all tuning in together and watching at the same time,” he adds.

Having spent the past year attempting to figure out how to replicate the magic of live theatre, Fishamble are also promising the tour of another production in late April and early May, with the help of local venues. Culleton describes the two productions as both holding the ability to “replicate the special state of theatre”. Inside the GPO will kick off on Thursday with the first performance and a post-show conversation.

Described by previous reviews as “vigorous and visceral”, Culleton explains how audiences should expect a show that “captures the energy of living through that week”, and an “up-close behind the scenes of what that week was like” for the people inside the GPO. “Theatre is a medium that can look beyond [history books] into the choices and dilemmas of people”, he adds.

As a final note, Culleton explains how the show blurs the lines between past and present. “You can hear the noises of the modern street, but hearing the Proclamation being read outside allows for a kind of time warp where you feel like you’re back then.” This blurred nature promises not only to immerse the audience in the play, but will also offer the chance to question what we have accomplished since the 1916 Rising – and whether we have lived up to its ideals.

Inside the GPO will be broadcast live from April 1st–5th. Tickets €5/10, available here.