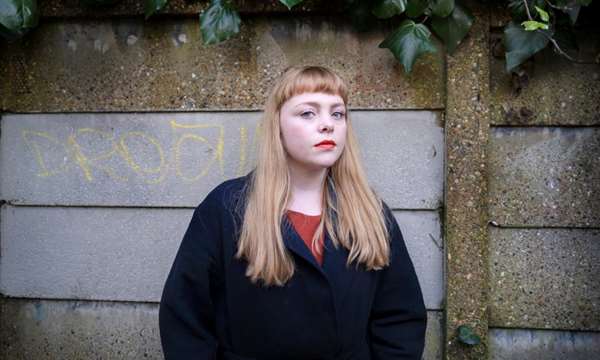 More than anything else, Acts of Desperation is a book about an absence. This absence is not, however, an external or even a tangible vacancy, but rather a deficiency in self compassion. Vexed by this inescapable sense of internal inadequacy, Nolan’s narrator compulsively pursues the undivided affections of her glacial half-Danish lover Ciaran. Ciaran is a stubbornly beautiful yet snobbish and tetchy intellectual who refuses to play along with expected social niceties, tolerate bad poetry or buy new clothes.

Written with the intense brevity and searing intimacy of a collation of diary entries – a sense heightened by an anonymous yet highly personal narratorial voice – Nolan’s novel bristles with an agonised attention to the body, as a site of both pleasure and pain. This is especially true when it comes to sex – Nolan depicts these scenes with a deft nuance and emotional precision, avoiding any danger of slipping into the kind of raunch banality traditionally characteristic of the paperback romance.

Indeed, Nolan’s novel is vigorously sceptical of the idea of love itself, if not outright hostile. Its influence on her narrator’s life is subtle but nefarious – the romantic ideal is quietly revealed as an ideological apparatus, a construct used to gently manipulate women into domestic passivity.

We see this as her desire for Ciaran develops from simple attraction into a form of worship that verges on the fanatical in its fervency. Soon, she is structuring her entire day around the satisfaction of his every mundane need and changeable whim: preparing lavish meals for him and creating a cosy and clean domestic space for the two of them to share. Although Nolan’s narrator has slept with many people before Ciaran, he is her first real adult boyfriend and she is, to a great extent, following a script which has been drawn up in advance.

Anything which undermines this image of blissful coupledom registers as a disturbance: their flaws and incompatibilities, the failed marriage of the narrator’s own parents, Ciaran’s epistolary and emotional relationship with his ex, Freja. Ultimately, these influences and others work to undermine and eventually destroy the ideal she has imagined – or rather, the ideal which has been imagined for her, cultivated and propagated by generations of mass market media to which Nolan attempts to offer a counterpoise.

When her imbalanced pseudo-marriage fails to fulfil her, Nolan’s narrator turns instead to other, even more damaging forms of self-immolation. Though Nolan recognises that the origins of these issues lie beyond the individual, as the retrospective reference to “long-legged anorexic icons” of the narrator’s teenage years implies, she nevertheless writes about them with a sensitive familiarity which makes their representation feel genuine and personal.

It’s this pervasive retrospective tendency which allows the novel to build the contextual and reflective apparatus it needs to deconstruct the corrupted dynamics of romance, bringing together both insight from the narrator’s future and instances from her past to illuminate every aspect of her and Ciaran’s flawed relationship. It also allows for some beautifully poetic interjections and vignettes which infuse the narrative with vitality and freshness, preventing it from becoming a mundane progression of events with no sense of broader importance.

One area in which the novel could be seen to be lacking is its narrowness of scope – its focus is, for the most part, confined to the private affairs of one person in one country in one relatively brief period of time. However, it is through this specificity – and the psychological sharpness that comes with it – that Nolan is able to really probe at what it means to be a young woman in 21st-century Ireland, a country with a nascent continental orientation, increasing urbanity and changing cultural norms. In tandem, this allows her to investigate how this experience relates to womanhood and femininity more widely, and especially how these notions, and others associated with them, continue to be used as instruments of regulation and control.