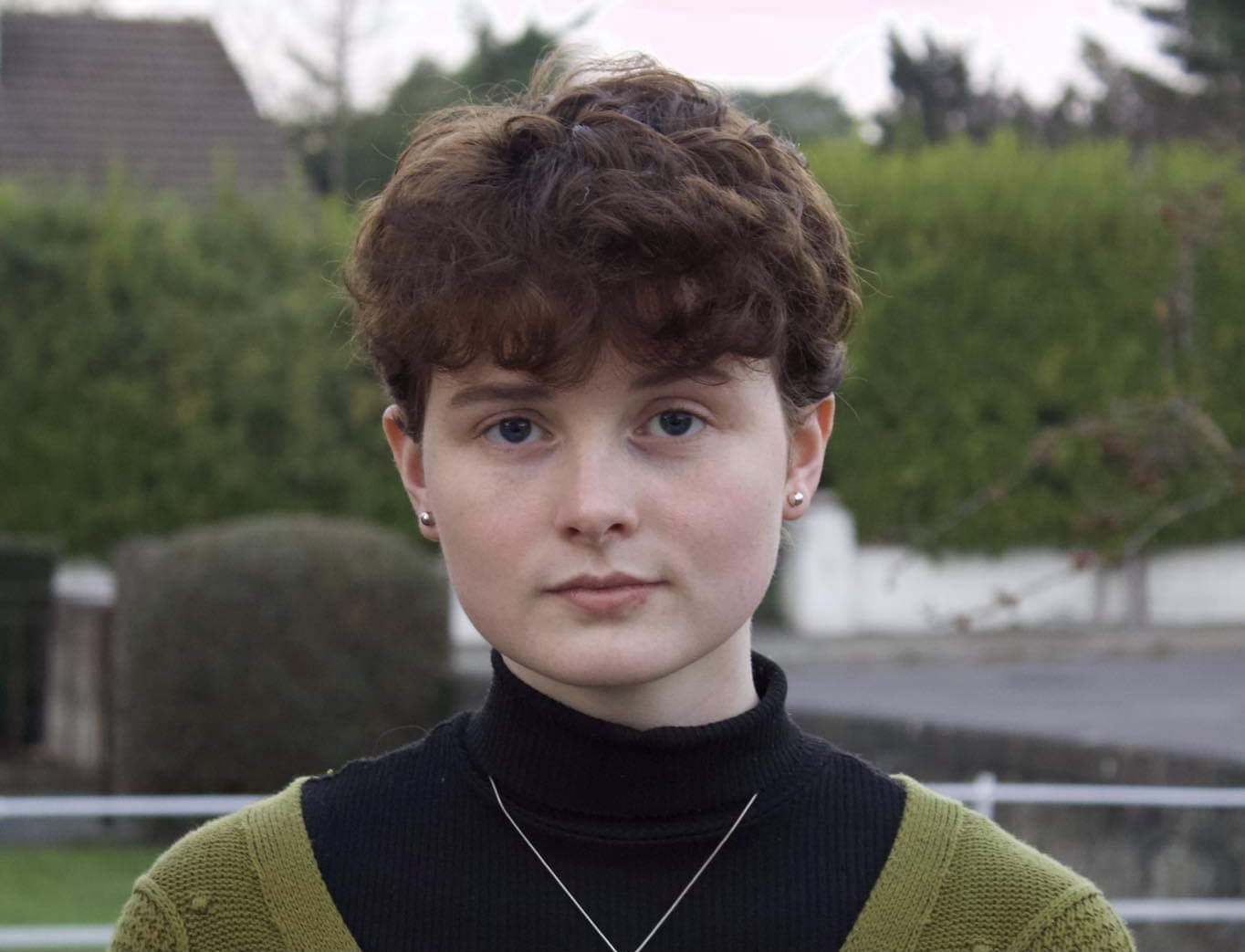 Affable and charismatic, with a casual counter-cultural swagger undamped by the digitised distortion of Zoom, second-year drama student Niamh O’Farrell-Tyler has the exuberance of a born performer.

In a less socially distanced year, O’Farrell-Tyler’s talents might have found their outlet in the Samuel Beckett Theatre. However, enforced isolation has instead seen them channelled into the writing and self-publication of their debut poetry collection Glow, which was released in January.

This is not to suggest that poetry is a new endeavour for O’Farrell-Tyler. “I’ve been writing since I was very young”, they say. “It’s been a very important part of my life – it’s catalogued growing up for me.”

The featured poems demonstrate a lively interaction of past and present. Not simply recording O’Farrell-Tyler’s childhood and teenage years, they build emotional bridges between key moments in their personal history and their more reflective present-day perspective through a breezy intermingling of images. “I guess that’s just kind of how my brain translates experience”, they explain.

Often, these are images of very clear, visceral pain. “Obviously the collection focuses a lot on struggles with mental health and struggling with growing up queer, so I guess my mind interprets that as physical pain”, O’Farrell-Tyler outlines. They speak about struggling to think about mental pain as a young teenager, “because it’s quite an abstract concept”, whereas, “writing about it in a poem, [they] just find it easier to visualise it as something physical.”

Although intrinsic to some of the sharpest instances of anguish in the collection, O’Farrell-Tyler addresses their struggles with gender and sexuality with refined wit and insight. “My queer identity is a really big part of the way that I live and the connections that I have … but there’s so much nasty stuff that comes with being queer”, they say, giving the example of the “bury your gays” trope in media representation of LGBTQ+ people, where non-straight characters are often seen as expendable and condemned to miserable lives.

“It’s really hard to be a queer person and only see that representation of yourself” they say, referencing the “history of queer suffering” ingrained in younger members of the community people as they grow up. “Sometimes you just want to see nice things… a nice gay relationship … It’s really hard to visualise that kind of future when you don’t see it anywhere.”

As far as their own work goes, O’Farrell-Tyler explains that Glow “is about learning how to grow into yourself and not bury those parts of yourself”. “So if even one person who reads it can resonate with it”, they add, “then it will have been a success”.

When the conversation turns to influences, Allen Ginsberg, Richard Siken, Sylvia Plath and Sappho are all mentioned, as is Emily Dickinson. “I love my queer poets – as you can probably tell! – but I’m also surrounded by a lot of incredible, creative people, so it’s very easy to be influenced by their work as well.”

However, O’Farrell-Tyler has clearly instigated and honed their own style: Many of their poems use a distinctive long line intermittently broken into separate clauses, imbuing their work with a sense of thought flowing freely into its own intuitive structures.

“It definitely wasn’t a conscious thing,” they say. “I talk very fast and I stop to take a breath and then keep going, so I guess that probably fed into it.” This inclination has developed in recent years, they explain, pointing to featured poems which, written at the ages of 15 or 16, have more traditional, shorter lines.

On the decision to eschew standard publication routes, and self publish in print and through social media, they say, “I wanted to have the knowledge that I did it all myself – to have that feather in my cap as it were!”

With the help of friends, O’Farrell-Tyler set up an Instagram page where they began posting poems twice weekly to build hype. “I was really lucky with the people I have surrounding me – they made it a lot easier than if I was just doing this myself.”

The popularity of Instagram was a key factor in this atypical publishing venture for O’Farrell-Tyler: “Everyone I know at my age is very literate in how to use it, so I would always go to it over a magazine, which I don’t think many people I know would be subscribed to.”

Although they say they haven’t written anything since Glow was published, “because it was exhausting” O’Farrell-Tyler says they do hope to put out another collection at some point. For now, they want to dedicate more time to playwriting and their current involvement in DU Players.

Glow is available to purchase from Amazon here.