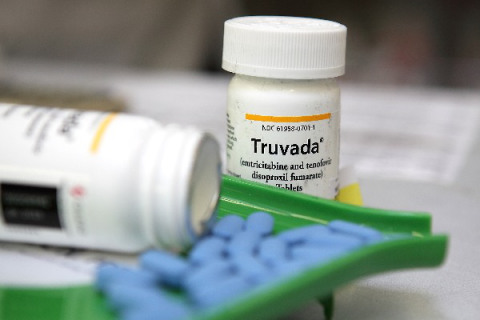 About fifty years ago, the first oral contraceptive products emerged onto the market, used by women to manage hormonal imbalances as well as allowing them to have an informed choice on family planning. Although the use of contraceptives was something of taboo in Ireland since their conception due to a heavy influence from religious orders, the “pill” is now a mainstream drug which is prescribed to and taken by a multitude of women. Recently the “morning-after pill” has become more accessible. It is now available from a pharmacy, for use within 72 hours of unprotected sex or where a contraceptive measure has failed, following a clinical consultation for €30.

While in this timeframe heterosexual couples were offered control when safer sex regimens to prevent pregnancy, a huge crisis eclipsed this revolution. HIV became prominent in the 1980s. It was initially linked with gay men, only to be further dispersed epidemiologically to anyone who engaged in unprotected sex or the sharing of needles. This posed not only a high risk to those who contracted the disease, with the subsequent weakening of the immune system leading to a significantly decreased life expectancy, but also a huge problem to couples in which one person was HIV positive. This can pose further risks down the line such as having a child as well as breastfeeding, where the virus can pass through if the mother is HIV positive.

The hallmark of HIV suppression is in prevention, such as advocating the use of condoms with large public health campaigns which have, to an extent, been successful.

The hallmark of HIV suppression is in prevention, such as advocating the use of condoms with large public health campaigns which have, to an extent, been successful. Those diagnosed with HIV are offered a cocktail of antiretrovirals, which block the steps at different points needed to encrypt the virus’ genetic code into the human DNA sequence, and thus lower the risk of suppressing the host’s immune system which is so vital to function. This, in turn, prevents opportunistic infections which would not generally infect a healthy person, but may prove to be fatal in the case of HIV-positive patients. In order to simplify the daily multi-drug regimen all-in-one multitarget pills have been marketed, as well as patient education measures to prevent further progression or spread of the disease. In the field of IVF “sperm washing”, which isolates sperm from seminal fluid where the virus would be contained, has been shown to allow for conception without the mother contracting HIV in the vast majority of cases, and egg freezing with screening for HIV can help reduce transmission greatly.

While treatment regimens have allowed for the management of the disease in the last decade, there are still gaps to treatment. What happens if the condom splits? What if the condom isn’t used in every case (which is more in line with what statistics say as opposed to people swearing allegiance to fully compliant safe sex)? Can couples in which one partner is HIV positive lead a healthy, limitless sex life without the constant concern for potential cross-transmission?

While treatment regimens have allowed for the management of the disease in the last decade, there are still gaps to treatment.

PEP (post exposure prophylaxis) involves taking anti-HIV medications as soon as possible after you may have been exposed to HIV to try to reduce the chance of becoming positive. PrEP (pre-exposure prophylaxis) involves a way for people who don’t have HIV to prevent infection by taking a pill every day. The new branded drug on the market, Truvada, blocks and interferes with the viral DNA to prevent its replication. This allows your “helper” cells, which help to orchestrates an immune response, to fight infection as per normal. While this is no different than the mechanism of action of anti-retroviral therapy for people who are HIV positive, PrEP can be taken daily as a preventative for HIV contraction, or PEP can be taken after a high risk sexual event (considered the HIV form of of the “morning-after pill” whereby, if it is taken within 72 hours, the chance of HIV positivity is greatly decreased). In World Health Organisation guidance provided in 2012, PEP is advocated for people at high risk of HIV transmission, including transgender women and men who have sex with men. Full compliance has been reported to reduce transmission by up to 90 per cent, while the side-effect profile fits in line as a well-tolerated medicine with some, albeit very rare complications.

The new branded drug on the market, Truvada, blocks and interferes with the viral DNA to prevent its replication.

Truvada gained FDA approval in 2012, but take-off has been slow. There is hope with further clinical trials and studies that its use will increase greatly with the PROUD study, which examines the impact of PrEP on gay men, being the most recent and possibly the most prominent study to date. Following a twelve-month study by the Clinical Trials Unit at University College London that compared PrEP to no treatment, HIV infection rates were said to be half of those not treated. This has been taken warmly by charity groups and representative bodies alike for wide distribution of Truvada, however high costs are more than likely the most explicable factor for the lack of take-up of the drug. Reports have estimated that Truvada from an economic perspective can cost somewhere between up to $49,000 per year of perfect health gained from taking the drug, although this does contradict the estimated $1,300 per month that the drug costs per month on average in the US. However, health insurance companies have not yet been identified as refusing coverage of the treatment, considering that the stakes are higher in cost savings, with a ballpark figure estimated at $6,000–$66,000 of a saving per patient spared a HIV diagnosis by PrEP or PEP. This could significantly improve quality the of life of potentially affected individuals, as well as help manage the crises occurring in certain cities, especially in the case of San Francisco where gay and bisexual men make up 86 per cent of newly diagnosed HIV cases, but just short of 50 per cent maintain adequate medical care six months after diagnosis.

The mainstream use of Truvada could therefore save money for reinvestment into healthcare in the long run, further diminish the life sentence that once stood a fear to gay men and a full sex life and let all those with HIV live as normal a life as possible, from starting a family to at least living to a decent age. While it may not be the same stereotypical target, PrEP and PEP therapies could give the same level of choice and control in the this century that birth control gave women of childbearing age in the last.