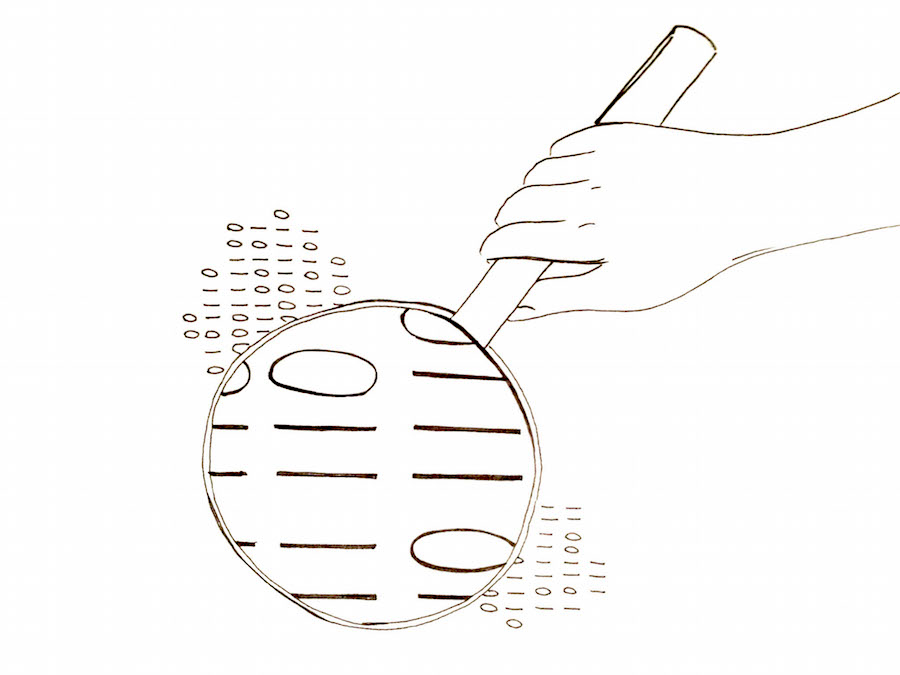 Voter Identification
This is trivial in colleges. Every potential voter is already identified by a nationally controlled and secure system with their own ID and password.
Honest Votes
This problem is in national elections because peoples vote could be coerced by nefarious elements. While this is technically feasible to appear in college online elections, these elections hold extremely low likelihood of coercion.
Counting The Votes
This should be a vote bundle released when voting ends. Then any student can get a copy and run the votes or stats themselves. This would require a strong technical competence to implement.

There is a good video online titled “Why Electronic Voting is A Terrible Idea”. It details the myriad ways in which electronic or internet voting can (and does) go wrong. It details the fraud that’s possible, the trust that can be lost and uselessness of it all. Most of the video is solid stuff and good reason for never doing electronic booth voting, and if you are heading to a booth anyway, paper is just fine. However, what many of the conversations around this topic don’t talk about are the possible massive benefits in turnout and citizen engagement that a more digital election system would enable. The risk of putting these ideas in place vastly outweighs those benefits in a national system right now. But to get to a level where they are actually practical, some test runs will need to be made on a smaller level. Universities like Trinity can provide the perfect missing link there.

There is a concept of the individual states of the USA acting as laboratories of democracy. In fact it was one of the founding hopes of the USA that this would be the case. That individual democratic ideas of small and large consequence can be tested in a state and then spread naturally to a national framework if they work. Ireland and other countries traditionally haven’t had those outlets, but as the experiments become more technologically based, there is no reason the democratic laboratories of the 21st century can’t be our universities of today. They both represent a strong test size (17,000 possible voters in Trinity) and a very active student politics scene, where there are many votes on many different topics every year.

The hunger for the implementation of more democratic ideas can already be seen in the University of Amsterdam, where recent political upheaval has seen calls for Direct Democracy to be instigated by the educational staff of the college. Married with this is the repeated narrative that young people feel less engaged with politics than ever before. One common pitfall for something as radical as direct democracy is that it is not practical to assume people will actively go to a voting booth every week or two to vote. With an active digital system of voting, these more constant practices of voter engagement can be tested and iterated on very quickly. Indeed in Switzerland, one of the only active and competent online voting systems in Europe is in place because it’s also a part of the closest thing to direct democracy active in Europe. With this they have developed a competent and relatively safe voting system.

The opportunities for Ireland (and Trinity) probably lie more in the technological than the radical political movements. Where Ireland’s previous forays into electronic voting have been both tragically limited and pathetically insecure, one tried in colleges can be more risky with the original premise and thus more successful. Attempts at modern voting techniques are so terrified by fraud as to be useless (hence the “electronic” rather than “online” voting). Trinity College Dublin Students’ Union (TCDSU) politics can try things with a little more abandon.

To note: there is a key difference here. Electronic voting involves you doing the exact same vote you normally do. You go somewhere like the town hall, show some ID card and then you vote, only this time you tap icons rather than tick boxes. Online is much more radical and much more interesting. It is exactly what you think, too: having some sort of central website that can take people’s credentials and allow them to vote and in the most modern systems, enable you to check you are voting securely. All in all, online is far more interesting. On the other hand, the only benefit of electronic voting is faster results, because you don’t have to count all the paper, and that’s aside from the fact that it has all the same negatives and a few more big security issues thrown in for good measure.

The fears around electronic/online voting are completely rational, but unlikely to be impossible to overcome. There are three main stages on which any important voting system must succeed, identifying the voter originally but being anonymous, being sure of the voters honest intent and finally, counting the votes. To go through them in terms of national elections, identifying the voter is tremendously difficult in online elections – but Switzerland do have a fairly secure system to do that. Making sure the voters actual desire is real is perfect in electronic voting. The person is in the booth alone and whatever they vote is their own choice, but with online voting no matter how smart your technology is, you can’t be sure someone isn’t standing over their shoulder making them click a name. And finally with counting, electronic voting is easily accurate but tough to make secure, and online is an interesting area of research that seems very promising. If you are truly interested in the (very) technical and mathematical reasons why online voting can be very secure and accountable, check out helios voting. It’s a free and open source online system anyone can implement. To demonstrate their trust in its secureness, The International Association for Cryptologic Research uses it to vote in their board, and these would be some of the most cynical people when it comes to electronic votes.

Professor Dill is a world leading expert in online voting from Stanford and was quoted by The Verge as saying “My position is that internet voting will be trustworthy at some point, but we don’t know how to do it now… There are some problems where a single challenge has to be solved, and those are more feasible to solve. But internet voting has multiple challenges.” These challenges are the ones listed here. They are real but can be overcome.

Online gives opportunities for far more citizen engagement and lends itself to experimenting with more frequent votes. However, it still has the pretty terrible problem of coercion. You can easily imagine abusive family structures deciding the vote for hundreds of people around Ireland. In normal elections, there is a calculation between ease of vote and access to vote. The easier you make it to vote, the more susceptible to fraud you also make it. This is a calculation that is always made and it’s just the same calculation with online. And when we test it and begin to realise the massive benefits then perhaps the security issues will become a little bit more tackelable. However, even though it is an issue, coercion of the sort where someone is standing over your shoulder and making you vote for a certain person could only happen with the most psychotic of sabbatical candidates (and even then, it would be easy to catch). There are massive benefits if it increases student engagement numbers and the likelihood of sophisticated cyber attacks during the election times are tremendously low. It’s just too high cost for too little rewards.

However, these opportunities come with greatly increased responsibilities for TCDSU and a need for a much broader set of competencies. Currently it is quite possible that the union will be working with Trinity’s Information Security Services (ISS) about them taking the security work for these elections if they are put in place. But it will still require TCDSU technical supervision of a much greater competence than it has displayed in all its history. For example, it is patently obvious by the current and past treatment of the TCDSU site that software knowledge and effort are not a blossoming features of the union and never have been. When the electoral integrity of 17,000 students depends on the TCDSU being able to supervise online voting and react fast if something goes wrong, that lack of a technological culture needs to be dramatically reversed.

Illustration by Carys Wright for The University Times