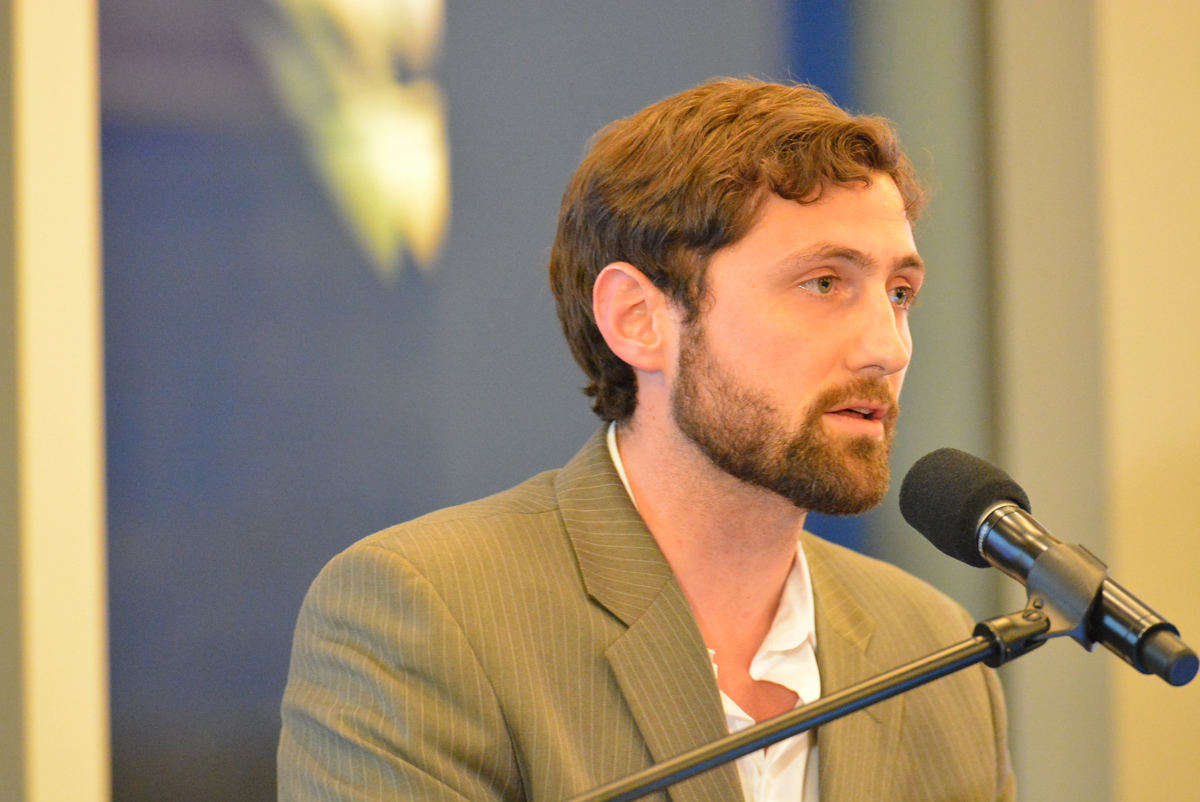 In conversation with former US Marine captain and award-winning short story writer, Phil Klay, it is astounding how significant the topic of storytelling becomes. The author, who is holding a reading of his debut short story collection Redeployment in Trinity this evening (Thursday, May 28) in association with the Centre for Post-Conflict Justice, states that he was always an avid reader in Dartmouth University and wrote a number of short stories in his time there (“Never war stories, though!”). It was during his time as a US Marine captain in the Iraq war that inspiration came to him for his National Book Award-winning short story collection. A series of twelve stories narrated by twelve different voices, the collection provides twelve different perspectives on a war that has been irrevocably blighted by the myths and misunderstandings propagated by the media.

Klay was commissioned as a second lieutenant in the US Marine Corps in 2005, and soon after, deployed to Iraq in January 2007. Located in the Anbar province, west of Baghdad, Klay was at the heart of the Sunni insurgency and witnessed the surge. However, he worked primarily as a public affairs officer, working with the media and once again writing stories – this time for base newspapers – with his team of marines. By the time he returned from Iraq in February 2008, he had already started work on the first story of the collection, and says that “The first line in the book is the first line that I wrote.”

While his experience of war may not exactly resemble the narratives endorsed by movies like The Hurt Locker or Apocalypse Now, it provided him with ample reason to contemplate “the war and America, and its relationship to war.” He states that writing was an invaluable tool to him in this process of analysis: “For me, writing is the best way that I know how to think through something. You put your ideas about the world under a particular type of pressure when you try and put those ideas into fiction and create characters that complicate and trouble whatever you thought you knew about the world.”

One such area of analysis was the myth of war itself, and of those who engage in war. For this reason journalism and, in particular, war literature, became an invaluable resource in Klay’s research. As an avid reader, he and countless others entered the war armed only with notions of what it was like based on either the great and harrowing war literature of the preceding centuries, or the showy action films with bombs so loud you couldn’t think about the reality of combat. Klay says that these images “become part of the war experience” and it was partly in protest to this that he wrote his collection of stories. When asked if these myths exist solely in the United States, Klay responded that he believed them to be part of a much larger cultural tradition that we now all share. However, one wonders how a country that sees very little military action, such as Ireland, will respond to stories that are about a primarily American war.

When asked about this, and his expectations of how the audience in Trinity will react to his work, Klay says: “Hopefully we’ll be able to have a rich conversation about war. When I came back from war I felt that there was a lot missing from the conversation. I didn’t actually know what it was. In some way, writing is the process of me trying to figure it out, but I did feel that there was a lot of things that needed to be said, and I wanted to invite people to put themselves in the skulls of the characters of the book, and consider those experiences, and respond to them. I hope to provide something for a better conversation on what has happened in the past.”

Over the course of the promotional campaign for his book, Klay has done a number of readings in the style of the one he will carry out in Trinity. A quick YouTube search will produce numerous videos of his remarkable recitals, powerful not only in the content but also in the passion Klay brings to his intensely personal stories. It becomes clear that these are tales that are not supposed to be just passively read, but also heard orally. Indeed, the author stated the importance of such readings, but stressed the importance of the Q&As that usually follow, and will follow his reading in Trinity. It is this part of the event that proves the most interesting. “You never know what it’ll bring out in the audience”, he says.

There is a character in one of the stories that, when en route with a fellow soldier to meet a playwright eager to portray the narratives of Iraq soldiers, states that if his friend gave the playwright his story, it would cease to be his: “Your story is you.” Klay acknowledges that the act of sharing such stories – tales pieced together from the experiences of fellow Marines, chaplains in the military, other non-fighting workers and his own experience – is one that comes with considerable risk, in that one never knows how another person will respond to them. “With war stories in particular,” he says, “it can be difficult because there is so much cultural expectation and political weight that is put on them and the ways we choose to interpret them.”

However, he insists that there is real value in sharing these stories, and not just the horror stories. The Centre for Post-Conflict Justice works to gain an understanding of how societies rebuild themselves after periods of extreme violence or war, and this is the concern at the heart of Klay’s book. He says “I think that after a war there’s a desire to think about what happened, and understand how we can function better in the future.” While it is an admirable event to hold, Klay does acknowledge that the Iraq war is an ongoing issue and has arguably not yet reached the point of being “post-conflict”, particularly for the Iraqi people.

When asked about what he learned from writing his book, Phil Klay’s response was refreshingly devoid of sentimentality or cliché. He says: “I think the biggest thing is, my military service along with writing a book has very much changed my notions of citizenship and the responsibilities of a citizen.” He says that in the military, one doesn’t choose the policy one has to enforce and he often saw marines and soldiers trying to make the best decisions possible based on either very good or very bad policy. In hearing the stories of his fellow veterans, and trying to write as accurate a portrayal of a complicated war as possible, Klay learned that “military product is grown out of the wishes of citizens, the leaders we pick and the leaders we either hold accountable or fail to hold accountable.”