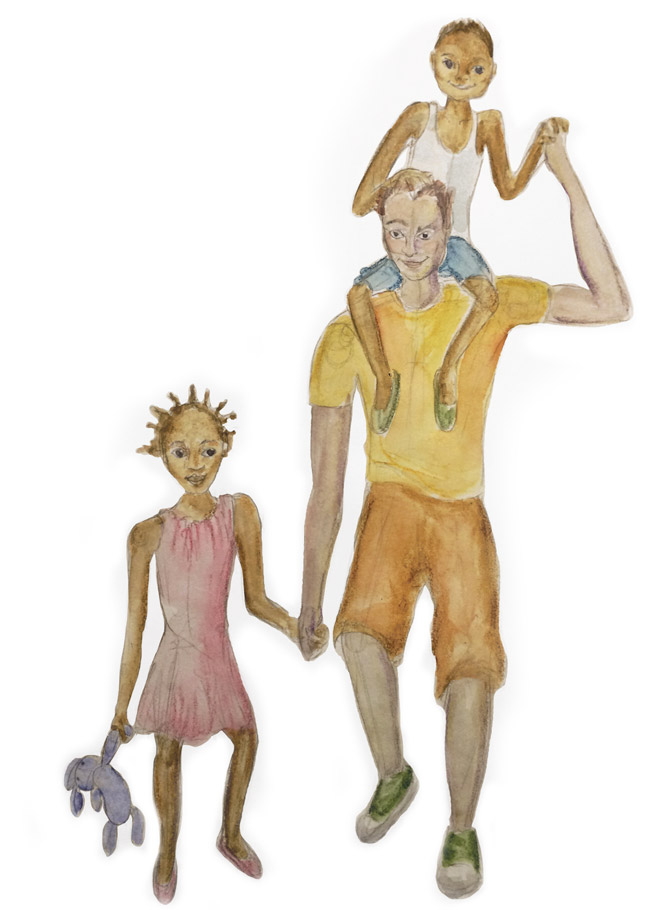 In a westernised, 21st century country such as ours, the words “first world problem” are bandied about a lot. Indeed, many of us suffer our fair share, hair straighteners not extending as far as the mirror, or not having the right change for the bus and having to break a €10 note. With this, and the accompanying guilt in mind, legions of third level students set off to Third World countries in Asia, South America, and Africa with the intention of creating positive change there.

The objectives of such trips are simple: students spend weeks and months fundraising to travel to help in orphanages, or to teach in or build new schools, and come back changed people. This in itself is often perceived as excellent and worthwhile. At the very least such experiences make volunteers see things in a different light, and result in new attitudes and beliefs based on the hardships they have endured. But one must ask is this the best use of resources? Could the €10 you donate to a neighbour going volunteering in Ethiopia go to better use?

This is what the Give What We Can movement is about. According to its website, Giving What We Can (GWWC) is “an international society dedicated to eliminating extreme poverty in the developing world.” Not reliant on the unique skill of chasing down passers-by with forms and donation boxes – affectionately known as “charity mugging” or “chugging” – GWWC approach charity work using a relatively new concept called ‘effective altruism’.

Sitting down with The University Times, Shane Timmons, a PhD student in psychology, explains that effective altruism works by using evidence, research and analysis to determine what is the best use of resources to make real change. Timmons came across the subject of effective altruism while doing his undergraduate degree in psychology. His keen interest in the movement led him to becoming involved in Give What We Can, and he plans on bringing it to Trinity.

Timmons found GWWC through his research, when looking for an area to specialise in led him to a company called GiveWell which allows charities to present themselves for evaluation and have their strengths and weaknesses laid out publicly. In examining what the charity does, how many people benefit from the charity, whether the area of focus is neglected and how much donors get for their money GiveWell assesses the effectiveness of a charity. “Give What We Can actually uses GiveWell’s research,” Timmons explains. “I think there’s always a bit of distrust there with charities, because you wonder ‘Oh is my money actually going to make any difference?’” Through Giving What We Can’s research, people can see exactly where their donation is going, and are assured that it is going to help as many people as is possible.

Effective altruism works by using evidence, research and analysis to determine what is the best use of resources to make real change.

This seems to be the core of GWWC’s ideology since its founding in 2009 by the Australian philosopher Dr. Toby Ord in Oxford. GWWC Dublin was set up at the beginning of the summer so is still relatively new to Ireland, and now Timmons is working to bring it to Trinity. Speaking of the GWWC Dublin branch Timmons says “One of the founders of that is actually in Trinity as well, so I’m working with her and the other founders of GWWC Dublin to bring it into the University, because effective altruism is a movement totally driven by our generation.”

Universities have been among the most successful places the movement has taken off. “It started off in Oxford, and then Cambridge, then the other big UK universities, and it’s across the US now as well,” says Timmons. The success of effective altruism in a student environment could be due to students being more prudent with their finances, often due to a lack of disposable income. This way, students know that what little they can afford to donate to charities will go to the best possible use.

GWWC’s priority is alleviating extreme poverty globally and, although this is a worthy and ever-present cause, it does not guarantee the organisation support from others. One of the main criticisms against the organisation is that their policy of cause prioritisation is unfair, as in they work solely towards tackling global poverty and do not work with other organisations on different issues. “People question that a lot,” admits Timmons, but says that GWWC “look at different things like how much work is already being done in a given area and see that they can’t help with everything.” They justify this by saying that other issues are prioritised elsewhere.

Timmons goes on to explain that effective altruism will focus on eliminating global poverty initially rather than other worthy concerns such as global warming. He maintains that the organisation is not saying that climate change and global warming are unimportant, far from it. However, western governments are already addressing the issue, or at least they claim to be. “In a few years time, if we manage to alleviate extreme poverty, we’ll reassess and see where we can have the most impact.”

Another criticism of the organisation came on June 4th 2013 from The New York Times columnist David Brooks. He argued that any altruistically inclined people working in high earning industries are likely to be influenced by the inherently selfish and by the money valuing environment, and would be less likely to donate then. While it is a valid concern, it cannot be assumed that all people working in high earning jobs will be so inclined to selfishness. A donation model called ‘Earn to Give’ exists to prevent this, and encourages wealthy donors to donate portions of their large salaries to charity.

New York Times columnist David Brooks argued that any altruistically inclined people working in high earning industries are likely to be influenced by the inherently selfish and by the money valuing environment, and would be less likely to donate then.

One organisation in effective altruism that operates under ‘Earn to Give’ is 80,000, which coaches people to make careers decisions that would have the most effective social impact. “If I was really gifted at economics, and could make a great living in finance,” Timmons explains, “but I’d rather not and work for a charity instead, I might only be a slight bit better than someone else who could take my place instead at the charity.” He says that such a person would be more valuable working in finance and donating a portion of their salary to a charity. While Timmons understands the point being made by Brooks he feels that for someone working in a financially motivated environment becoming a “corporate monster” is not an inevitability.

With this philosophy GWWC does not set out to criticise the good work other charities do, but hopes to encourage individuals to make the biggest possible difference when donating to charity. Timmons admits that the trend of student volunteering can appear insincere: “You hear of people going to volunteer and you think ‘Why am I giving you money to go and have the craic over there?’” As the popularity of such trips has grown, so has disdain for them with people often feeling that more good can be achieved buying necessary items like boats or anti-malaria nets.

“But I think that getting first hand experience like that abroad can be really good at motivating you to be altruistic.” Timmons cites Will MacAskill, a founder of GWWC, as an example of a person choosing to pursue a career in charity following a period of volunteering in Ethiopia. In this sense student charity work can provide a positive change in the lives of both the volunteer and the person in need. Additionally, it has long lasting networking benefits. The volunteer is rarely isolated, rather they exist as part of a collective – and share in some truly memorable interventions. In doing so, once returned, these relationships carry through into the professional sphere, forming lasting contacts between the NGO and private sector. This networking bridge is invaluable at alleviating the financial strain many charities find themselves under, whilst providing private sector firms, like motion graphics studios, valuable exposure, advertising, and the chance to give back.

That said, many charities and NGOs (Non Governmental Agencies) have come under intense scrutiny in recent years due to a high proportion of the money raised going towards administration costs, rather than to the people in need. This was brought to public attention when Sharon Commins, an aid worker with Irish charity Goal, was kidnapped by Sudanese rebels for more than three months in 2009. Speaking at the University of Limerick after her release, her criticism was that the agency had not spent money on putting a proper support structure in place, leaving volunteers at risk.

Student-run charities tend to eliminate this problem, as they are for the most part run on a voluntary basis, organising innovative and interesting new ways to fundraise. In the last year alone, TCD’s SUAS has sent a group of students to India to volunteer, RAG week 2015 raised €23,500 for eleven charities including Cancer Soc, Amnesty International and Enactus, and St. Vincent De Paul organised a strip auction and a pantomime. In addition to all of its regular weekly activities VDP also co-ran – with Amnesty International – arguably one of the biggest charitable events of the year, Jailbreak, raising over €65,000 for the two charities.