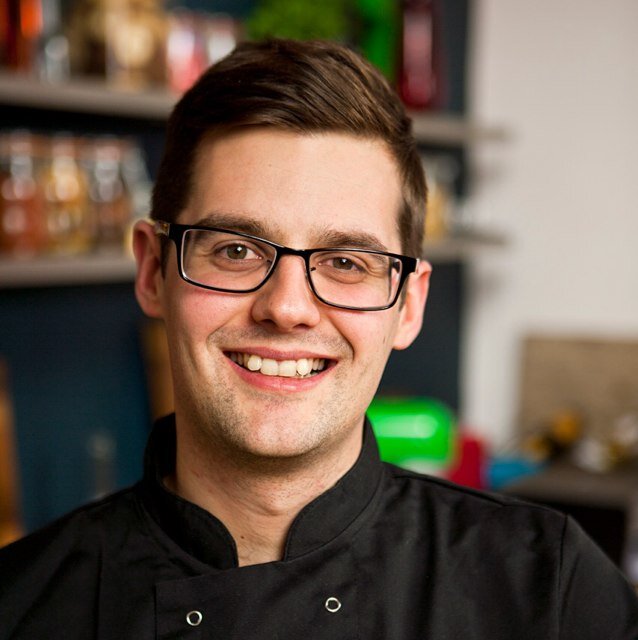 Sorted Food started from humble student-based beginnings, but 150 million views and 1.3 million subscribers later, they are a lot more than just a simple YouTube flood vlog. They have evolved into a widespread community of people all linked by a common love of all things food.

How did Sorted Food all start?

It came from university, sitting around pub tables and talking about food. We just decided one day to put a camera and tripod in front of us. YouTube is a great free platform that let us do it, and start the discussion of food and cooking online with our viewers, so it has always been a foodie community.

What have been some of your favourite collaborations?

I love the videos we do with those not from cooking channels, they are a lot of fun. Jim Chapman is always lovely to have and he is such a nice guy, or when Jack and Finn Harris were on, that was a lot of fun.

You have some amazing series on your YouTube channel, what others can we look forward to?

Well, Fridge Cam is a fantastic loose format that we run, and gives us the freedom to do whatever. We have never missed one since they started. At the moment we are doing some ultimate battles on Fridge Cam. #LostandHungary is far from over, really we have only scratched the surface with our American tour, doing 25 cities this summer. We hope to continue it next year, maybe go to south east Asia, try different foods. America was a great starting point, as in they speak English, their ingredients are familiar to us, and because social media ran the whole thing it was easy. That’s why we want to continue on further, and challenge ourselves. Really it’s all in the hands of the community what we do next on the channel, it’s their suggestions that have powered Sorted so far.

Speaking of suggestions, what has been the craziest?

Sometimes we get a suggestion and think “no way, it would never work”, but then more and more people suggest it and we have to give it a go! For example the suggestion of the banana cake with mayonnaise. Another great example was Cronuts. They became huge in New York and people kept on suggesting them, so we decided why not, and put up a video. Then not a week later they were on every UK cooking show and newspaper! That was a crazy time.
.
What is your opinion on students relationship with food?

I think it’s really mixed. You see the likes of Great British Bake Off having some incredible young bakers, so it really is down to whether you like to cook or not. With our Big Night In series, the aim is to take the money you would usually spend on a big night out, but spend it on an incredible feast with friends. Students think that it’s an effort to cook fresh and that it is more expensive, but they don’t think twice about spending the same money on a night out.

Do you have any advice for students, looking to learn to cook?

You look like you have a lot of fun on camera, but who causes the most trouble in the kitchen?

We have known each other so long. Barry is the most gullible, Mike and Jamie are quite mischievous. Like for the hot dog battle video, Mike comes in with an “extra ingredient” of hot dog costumes. You never know what is going to happen, but if it was just me on screen, I would just be any other TV chef out there.

If you were a food, what would you like to be and why?

I think a risotto. Everyone loves risotto, they are warm and comforting.