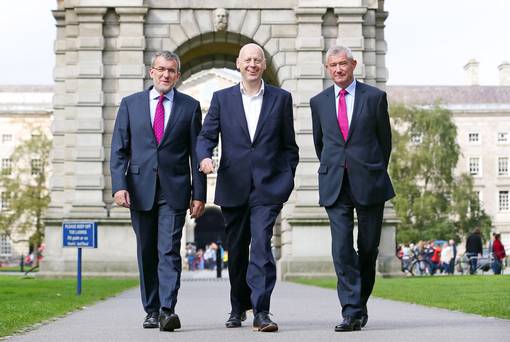 We all know what a business is, and we all know what the word ethics means, at least in theory. But, the definition of business ethics may be more difficult to define. Do these ethics apply to multinational corporations exploiting poorer workers in less-developed countries, or do they apply to white collar crime and embezzlement? Well, really, the answer is both. Business ethics relate to a firm’s conduct in potentially contentious issues. They cover a wide range of issues, from something as simple and obvious as the production of fair trade chocolate in Ghana to the murky waters of bondholders in Irish banks, and everything in between.

So if business ethics are about fairness, they must be a valuable asset to any businessman’s toolkit. Just like ceo coaching when you reach the peek of your career, it is also important to make sure you are clued up on ethics in business. However, there would appear to be a problem in the teaching of ethics to aspiring students of business, and their application in the working sphere. Whether it is the European model of touching on ethics across different modules and relating them to the subject matter being taught, or the American approach of creating specific courses for business ethics, there are still failures in the eventual manifestation of businesses in society. This is something that Prof Andrew Burke, the Dean of Trinity’s School of Business, is keen to remedy.

Discrepancies remain, however, among international academics in how best to broach the issue. American universities such as the University of California, Notre Dame and Yale have been teaching business ethics for decades. The University of Virginia’s Darden School of Business even has an entire research and teaching centre dedicated to ethics. Yet, there is no consensus on what they are, or even what these schools should be teaching. According to Burke, many American academics are wary of straying too far from the middle-of-the-road theoretical approach to business ethics, a kind of policy of identifying certain ethics but not giving one attitude any particular weight over another. They leave it open to the student’s own interpretation. “They were basically agnostic: ‘we don’t try to push values’”, Burke says, speaking to The University Times. He sees the need for a more structured and rigid, if not entirely black and white, system. “This is about forming a mindset”, he says, recognising the need for people to have their moral compasses in check.

How is Trinity, under the direction of Burke, tackling this issue? For starters, they want to see the modules on ethics moved from the choices section of modules to the mandatory. The current mantra the business school is trying to drum into its students is that they must be able to put more into any situation than they take out. “I want students to look at a situation and be able to say, ‘That’s better off as a result of having me involved in it’”, Prof Burke says.

“I want students to look at a situation and be able to say, ‘That’s better off as a result of having me involved in it.’”

The lack of attention paid to ethical practises during the boom years in Ireland has cost our country dearly. Writing in the Irish Independent, Chief Justice Susan Denham said a greater influence had to be placed on business ethics following the economic crisis, and that they must be able to “withstand external influences”. She called for greater care and attention to ethical business practices and the way in which executives are making decisions. Burke points to the revealing phone call recordings from Anglo Irish Bank, where executives, who were dealing with sums of money so large that their mismanagement had crippling knock-on effects in other sectors of society, showed such apathy in their potential to hamstring an economy.

For some, ethical practices in business regulation can be sufficient. For others, we must rely on business leaders to just do the right thing. It is clear that had proper attention been paid to business ethics and had good practice been followed, the economic collapse would not have been quite so severe. Bearing this in mind, what has the Irish government done to ensure economic security into the future? Disappointingly, not a whole lot, Burke says. Whilst there has been public admonishing of well-known figures within the banking sector and a general change in cultural attitude, regulatory safeguards from the government have remained mostly elusive. “Regulation and law can only go so far”, Burke explains, “but one of the concerning things is that there hasn’t been very much regulatory change. The crash could easily happen again, in short”.

The ability to effect change in the law is limited for many business schools, at least in the sense that they don’t draft legislation. They are, in most cases, constrained to compelling their graduates to know the correct course of action. And how they do this varies from business school to business school, even more so from country to country.

Lee Igel, of New York University, argues that it is not the difference between right and wrong that students need to be taught, something they already know, but it is “how to apply the differences to their work”. Notre Dame’s Mendoza College of Business runs a course on ethics surrounding identity, privacy and practises. Their undergraduate courses advertise themselves as developing “your ethics-based leadership skills”. The Universities of both Maryland and Virginia have their own purpose-built centres for ethics, focusing on creating ethical business leaders with the ability to “promote ethical business behaviour, compliance and good governance”.

The approach adopted by Trinity and Irish universities attempts to have less of a clear distinction between the teaching of business ethics and other business principles. “Education has had to pick up its game”, Burke urges. “It only ever looked at the benefits from a company point of view”. He does not shy away from the fact that ethics must be among the questions in every aspect of business, as is apparent by the business school’s plan for modules pertaining to ethics and society to be moved into the mandatory set of courses. He adds, “If you push business ethics, embedded alongside that is a set of values, and in Trinity Business School we have tried to encapsulate that”.

“I think universities are in the business of pushing values. We are believers in free speech, we believe in equality in gender, race and ethnicity.”

At the American Academy of Management’s dean’s meeting last summer, Burke remarked on how wary American universities were of pushing tangible ideas about ethics: “The majority of American schools were pretty clear that they didn’t see themselves in the business of imparting values on students. I realised how misaligned we in Ireland were with the American approach”. Burke and his colleagues in Trinity’s business school see the need for a more real and concrete attitude, to move away from the theoretical. “I think universities are in the business of pushing values. We are believers in free speech, we believe in equality in gender, race and ethnicity. So the issue isn’t really whether or not we push values, it’s where do we start and where do we stop.”

To put it in cruder language, Irish business schools would accept that there are clear right and wrong ways of conducting business, while the American counterparts would see a less clearly defined distinction. “It’s very hard to be categorical about some of these things”, Burke qualifies. “At the very least, we ask students to do a cost-benefit analysis”. Providing its students with the tools to carry out such analysis is exactly what the business school is trying to do. The mantra of putting more into a situation than you take away, and not just in monetary terms, is at the crux of business ethics. “In most situations there is a trade-off”, Burke insists. “And teaching its graduates to weigh those trade-offs is what more businesses schools need to do”, he says.