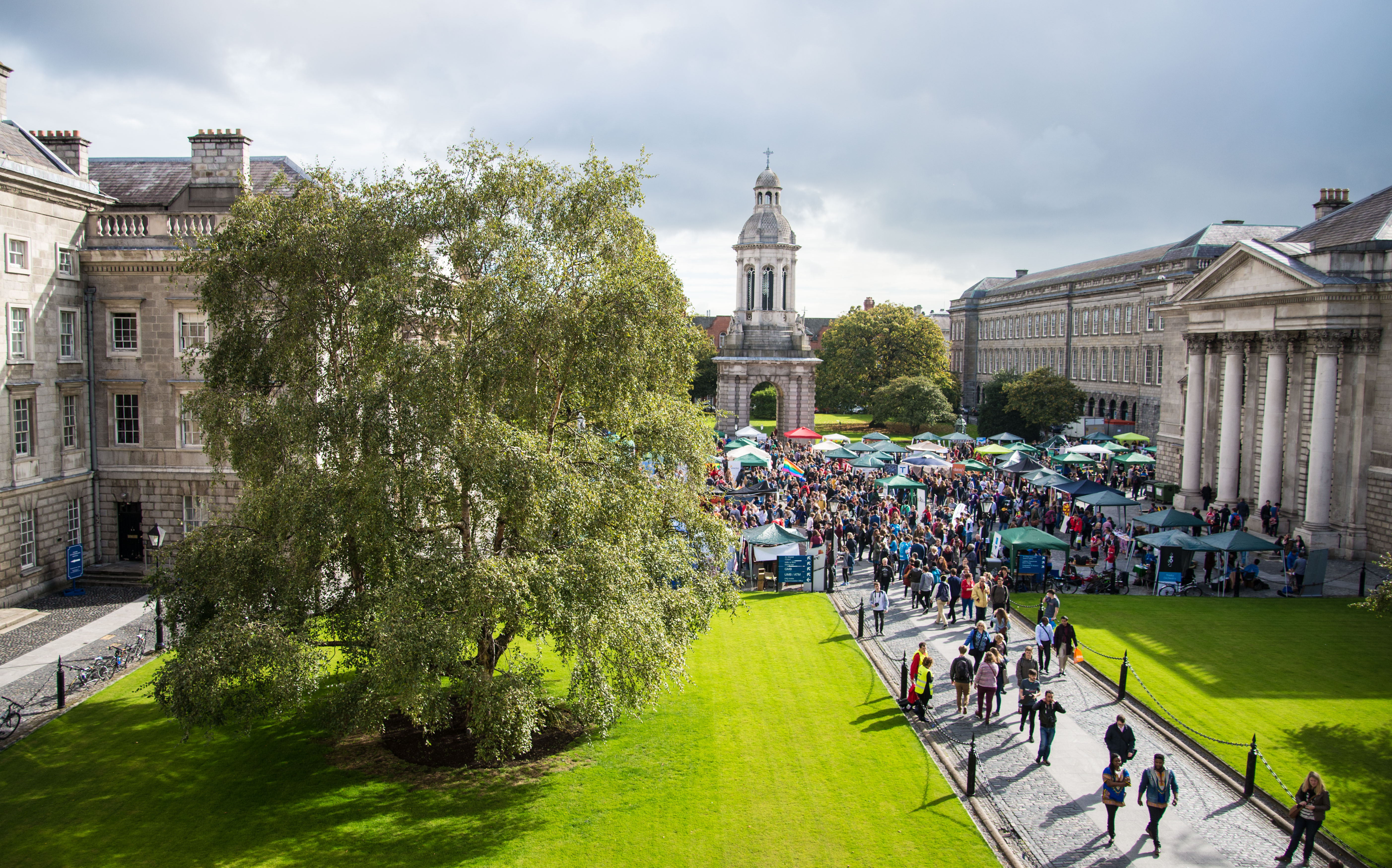 Photo by Sinéad Baker for the University Times

We are extremely fortunate to attend a university that cares. We are consistently told that if we need help or are struggling in college, there are so many people we can talk to, whether it be our professors, the student counselling service, tutors or one another. We know that we are looked after when it comes to academic needs. And yet according to a recent survey – to which a relatively large 25 per cent of Trinity students responded – College ranked poorly compared to other universities in Ireland for helping people cope with non-academic needs. Whether this is a realistic picture or not is irrelevant. If Trinity students are responding in this way, then there is clearly a problem.

The majority of fortunate students who never need to use these services are normally unaware of precisely what they do, and often believe there is a certain stigma associated with using them.

A part of the problem is that students are not particularly aware of Trinity’s many aids for non-academic needs. Sure, we get emails now and again from the Student Counselling Service and similar services, but to most students, these are simply inbox fodder. The majority of fortunate students who never need to use these services are normally unaware of precisely what they do, and often believe there is a certain stigma associated with using them. This leads to a lack of interest or engagement with their general activities, leaving us somewhat oblivious to them. Similarly, we know we have a College Tutor, and that they’re the go-to person for certain needs. However, they remain distant figures for the most part. If students are unaware of these bodies, then it doesn’t occur to them to use them when they are needed. College would not only help its future survey results, but help students too, if it put considerably more effort into helping students understand what is here for them.

The same survey also revealed that Trinity ranked poorly in providing support to socialise. And yet there is a general perception that this is something that College puts a huge amount of effort into, or, at least, that Trinity has an exceptionally vibrant society and social scene. S2S is a brilliant aspect of the university, staffed by students that truly care for the well-being of others. But few students respond to S2S’s attempts to get them involved. It was perceived by my class and many others as being quite “awkward”. Relying on these student volunteers is about as far as the college goes in helping students meet people. Newcomers to Trinity, especially those who don’t have an initial group of friends from, say, Trinity Hall or secondary school find it especially hard to become involved in College social life, and can be intimidated out of including themselves. Some societies seem, from the outside, as somewhat clique-dominated and exclusive – making College a surprisingly lonely place.

It appears, however, that our society life is not sufficiently aided by the College itself – that our societies are successful in spite of College structures, rather than because of them.

The main way that College could facilitate socialising is through helping societies. Our societies, run predominantly by students themselves, are widely regarded as excellent. They offer extremely cheap, high-quality and diverse events and fun new opportunities. Our societies are something that we are exceptionally proud of and we hold a deep belief that they are like no other, that our events, whether it be the Trinity Ball, Trinity Arts Festival or Trinity Economic Forum, have no parallel elsewhere in the country. It appears, however, that our society life is not sufficiently aided by the College itself – that our societies are successful in spite of College structures, rather than because of them. Students are forced to do it all themselves. Most society officers have overwhelming college commitments and spend their spare time organising events without any help. While the Central Societies Committee, Trinity’s body regulating the society world, gives grants to societies that it deems worthy, committee members frequently complain that these financial boosts are almost embarrassingly inadequate. A medium or small-sized society, if it is lucky, can receive an €800 grant, which may pay for one decent-sized night out. For the most part, societies are self-funding, relying on membership fees, sponsorship and the goodwill of local businesses, none of which can always be relied upon. If Trinity was serious about helping students to socialise, providing societies with both financial assistance and help with events would be the most logical way to go forward.

The years spent in Trinity are meant for us to broaden our horizons and meet as many new people as possible. But many of us also go through considerable personal difficulties. Academics are undoubtedly vital for a university, but the less tangible and more personal aspects of student life are more important than perhaps the university decision-makers realise. Student satisfaction indicators are relevant to those choosing which university to attend, and a reputation for being fulfilling is a significant one to have. College must ensure our excellent services are better publicised and that we know where we can go if we have problems, and it must assist others in organising the social aspects of college. If student satisfaction indicators for these remain low, nobody – not least the students – will benefit.