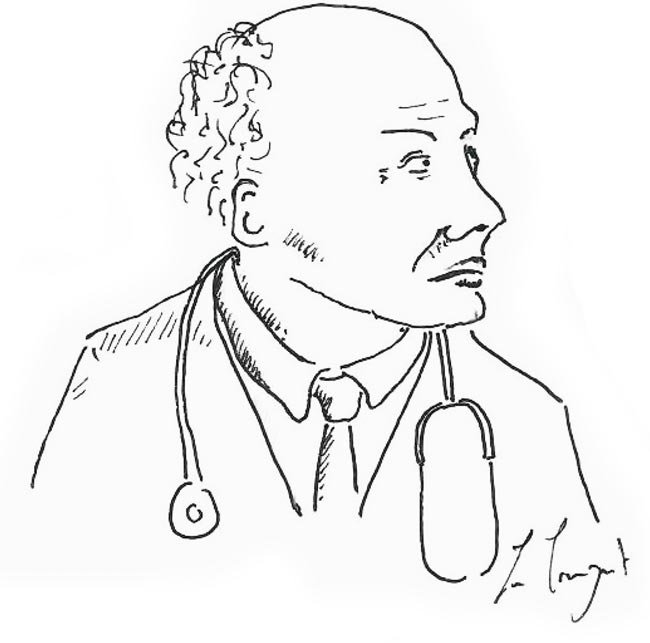 Zoe Crouzat for The University Times

The repeal the eighth campaign is quickly gathering so much momentum that last month’s International Human Rights day demonstration was geared towards showing support for the movement. Students gathered in Front Square in a figure of eight for 12 minutes as a mark of respect and a gesture of solidarity for the 12 Irish women who leave Ireland each day to have an abortion. These figures are only estimates, as the exact number is not likely be known due to the criminal consequences. Recent polls have suggested that the public are in support of legalising abortion in Ireland. One poll carried out by Amnesty International found that 81 per cent of the population favoured significantly broadening access to abortion in Ireland. Trinity College Dublin Students’ Union held a referendum in February 2014 in which 73 per cent of voters supported the union’s proposal to adopt a pro-choice mandate on the issue.

The issue of the eighth amendment is in the spotlight of Irish politics and conversation. The death of Savita Halappanavar in 2012 after being refused a life-saving abortion, the case of Miss Y who was raped, impregnated and denied an abortion and the case of the clinically dead woman who served as a cadaverous incubator for a foetus last year are all cases used by the Coalition to Repeal the Eighth Amendment to win support for their argument. They argue that under Article 40.3.3, which constitutes the eighth amendment, the foetus ultimately has a right to life equal to that of the pregnant woman and that this amendment takes the abortion decision away from the pregnant woman. In Ireland, if a woman is found to have had an abortion, she faces a criminal conviction and a prison sentence of 14 years. As a result, women travel abroad to have the procedure.

The coalition was set up to head the pro-choice side of the debate and is made up of 12 various abortion, legal and medical bodies. Doctors for Choice is one of the organisations involved in the coalition. They are an alliance of medical professionals and students who advocate for safe, legal and free abortions in Ireland. Speaking to The University Times, Dr Tiernan Murray, a member of Doctors for Choice, said that the present status quo with regards to abortion in Ireland is both “wrong and utter nonsense.” Doctors for Choice emphasise that while they are calling for the repeal of the eighth amendment, it is up to the people of Ireland to decide what will replace it. “When it comes to a difficult situation with a crisis pregnancy, the only person who can make the decision is the mother”, argues Murray. This highlights how the concepts of women’s moral agency and bodily integrity are central to the pro-choice argument.

“When it comes to a difficult situation with a crisis pregnancy, the only person who can make the decision is the mother.”

The response of the government and various politicians has been mixed. From the outset, TD Clare Daly stood out as a strong supporter of the pro-choice side. Sinn Féin was the first to call for the repeal, closely followed by the Labour Party. However, their alternative to the current situation has been deemed “extremely restrictive” by members of the coalition. While some individual members of Fine Gael and Fianna Fáil have shown support for the pro-choice lobby, the parties have remained tight-lipped for the most part.

A common thread through pro-choice groups is the importance of the student vote. They all agree that students have a central role to play in this issue. Statistics show that 9 out of 10 Irish women who travel abroad to have abortions are aged between 18 and 39. This subgroup definitely contains a large number of students who are seen as a unique subgroup of the population that recognises the right to choice in all aspects of the word.

Medical Students for Choice is another organisation that has been set up to promote the pro-choice argument. At the moment, they are pushing for the reform of the medical curriculum in universities. There is currently a lack of abortion education amongst both the undergraduate and postgraduate populations. Murray mentions the lack of awareness of abortion methods: “Many doctors are oblivious to the fact that most abortions are carried out using abortion pills now.” And while the majority of Irish doctors believe in the decriminalisation and provision of abortion, unfortunately, the Irish College of GPs refuse to recognise their role in the process.

Statistics show that 9 out of 10 Irish women who travel abroad to have abortions are aged between 18 and 39, a subgroup that contains a large number of students.

Lobby groups such as Doctors for Choice hold telling the truth to the public as central to their role in this debate. Murray highlights some of the common misconceptions associated with abortion. He states that the rate of abortion is the same regardless of its legality and that the anti-choice argument stating that legalisation increases rates of abortion is invalid. Murray also lays to bed the prejudice that abortion is bad for women, affecting their health in some way, which is another falsity. It is also untrue that most women regret their abortions, as many, in fact, experience a sense of relief.

There are also a substantial number of women getting abortions here in Ireland using an abortion pill that can be ordered online. When asked about this, Murray assures that it is a perfectly safe procedure, but notes that “it is sad to imagine so many women sitting alone in a flat, going through this painful experience on their own”. ROSA, another lobby group, recently gained national attention when members of the group took the abortion bus to Galway city, publicising these online abortion pills.

The general feeling among the pro-choice lobby groups is that they are pushing an open door. Predictions forecast that a referendum will take place within the next two to three years. For those who are still on the fence with regards legalising abortion, the pro-choice side asks you to consider that voting no would mean that you see no situation where the woman is entitled to an abortion, not even rape or fatal foetal abnormality.