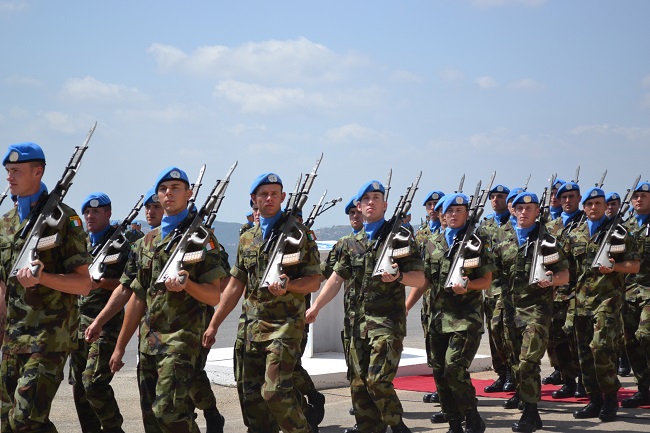 The world of technology is constantly being adapted to suit the changing needs of the world we live in. Increasingly, gaming and online forums are being used not just for entertainment but for education as well. In the continuing technological growth of Irish society, Trinity has emerged as the hub of innovation and invention in Ireland.

Gaming for Peace (GaP) is the latest development in the often progressive world of educational technology. Led by a team of researchers from Trinity, GaP intends to train international police and militia in the art of peacekeeping through a game that would develop skills such as communication, cultural sensitivity and gender awareness.

The game will be set up to allow players to experience a number of challenging scenarios, from which they will be required to adapt to and learn. Players can choose to be a range of characters that aim to promote gender and cultural awareness. It is hoped that through their interactions with other players in the game, they will change how they interact with people of different nationalities and culture in real life. The possibilities of this project have not gone unnoticed with the UN, NATO and the European Security and Defence College expressing an interest in the future use of the game.

The project encompasses 14 different partners, including academics, police and militia. It is funded by the European Commission and received a €2 million grant under the Horizon 2020 programme. The various partners are located across Europe with personnel from countries such as Finland, Poland, Northern Ireland, Bulgaria, Portugal and the Republic of Ireland involved.

The idea of the Proteus effect is that when you play somebody on an online game, it changes both the player and his behaviour.

As coordinator, Holohan oversees every aspect of the project. She speaks of having come to understand the need for cooperation between the various organisations who are involved in peacekeeping missions through her own personal experience. Speaking to The University Times, she recalls her time in Kosovo and how “the military couldn’t achieve a secure environment without help from the police and help from the NGOs. Then the NGOs couldn’t deliver their services without security so they all really needed each other but they were very bad at working together”.

It was a call from the EU that provided her with a path into the area of training and education for personnel. She explains that the EU were seeking a new training curriculum for military police and civil personnel in conflict prevention and peacebuilding missions, and Holohan immediately jumped at the idea of using gaming and role play as a method for teaching the skills needed on these missions.

Her development of the project is founded on a phenomenon she encountered during her research, called the Proteus effect, named after the Greek god who could change his shape at will. The idea of the Proteus effect is that when you play somebody on an online game, it changes both the player and his behaviour. Holohan explains: “If you are a man playing as a woman, the other characters in the game actually react to you as a woman.” She states that the end goal of this is to “create greater gender awareness and cultural awareness and consequently better communication which will ultimately make the missions more successful and save lives”.

As it stands, the current methods of training personnel are thought to be hugely impractical by those carrying them out. Typical training missions involve people from different organisations across Europe who, to receive training, must travel to different locations for a five-day workshop. The high cost of transporting such a large amount of people means that the quality of training is often jeopardised, with many teams later entering missions without full training. Holohan hopes that this project will operate as a more feasible and accessible method of educating large groups of people. The curriculum can be accessed online but the “beauty” of this project, according to Holohan, is the fact that “by playing the game they’re contributing to developing the curriculum. They play and then their experiences go into the game so that will help build up scenarios that are effective”.

Extensive research by both Holohan and her academic partners will be done to ensure that the scenarios created are both realistic and educational. This will include talking to people from the Finnish military, the Polish police and military, the Police Service of Northern Ireland, the Portuguese police and Bulgarian military. Members of these groups will also be chosen to test-run the game and attend focus groups with the hope of improving any issues that may arise with practical use.

Holohan hopes that this could be a game changer in the terms of the way personnel are trained and educated. One of the most attractive features of this game is that, should something go wrong, there is no real harm done. This is especially important since “you’re looking at scenarios which, in the real world, can have negative outcomes if things don’t go right but, in games, it’s a safe environment in which to do that. You can keep playing it again and again, you’re enjoying it and it’s very social. It’s a great way of learning”.

As for her colleague, Haahr, he heads a team from his company, Haunted Planet, who are focusing on the game design and development. The project marks Haahr and his team’s first experience working with virtual reality, as previously they focused on smartphones, apps and games that were location based. This project has allowed them into an area that is still very much in the development stage. Speaking to The University Times, Haahr said that while virtual reality was a “big deal” in the 1990s, it’s only now that the technology is fit for use.

“There was a lot of excitement in the 1990s about virtual reality as a medium and a lot was invested in the technology, but the technology just wasn’t ready for use yet”, he explains. “People got seasick from the headsets. The experiences weren’t good enough simply because the hardware couldn’t keep up. The computers weren’t fast enough for the graphics but that has really changed over the last year or two and I think it’s going to keep changing for a while.”

People got seasick from the headsets. The experiences weren’t good enough simply because the hardware couldn’t keep up.

Haahr describes the decision to go down the path of virtual reality as one of necessity for the learning experience they want to give people. The aim is to make it “like walking into a film”. He believes that “the virtual reality medium is now ready in a way it hasn’t been before and the thing that really makes it stand out for the purposes that [they’re] interested in is the level of immersion people get”.

He acknowledges, however, that this game will only be part of a larger process of educating and training personnel, saying: “It’s quite a long educational process that mediators need to go through and the idea with the game is hopefully that we can get them through the fundamentals faster and get more out of it. So we’re planning to educate people fully through games but it’s intended to be one part of a curriculum.”

Haahr does emphasise the fact that, as it stands, this is primarily a research project. He is optimistic about the future possibilities, however, saying: “We don’t know what the results will be, but if our results show that people learn enough from the game or these experiences that it’s worthwhile, then we can go to potential NGOs and other people who need to educate people for conflict resolution and we can offer them the experience.”

It’s clear from both Holohan and Haahr that this is only the beginning of a very interesting collaborative process between the sociology and computer sciences departments in Trinity. Holohan sees it as “a project that is truly interdisciplinary and that’s its strength”. She asserts the importance of such collaboration, saying: “It couldn’t be done without the organizational, behavioural and societal knowledge and understanding from sociology and it couldn’t be done without the tools of computer science.”