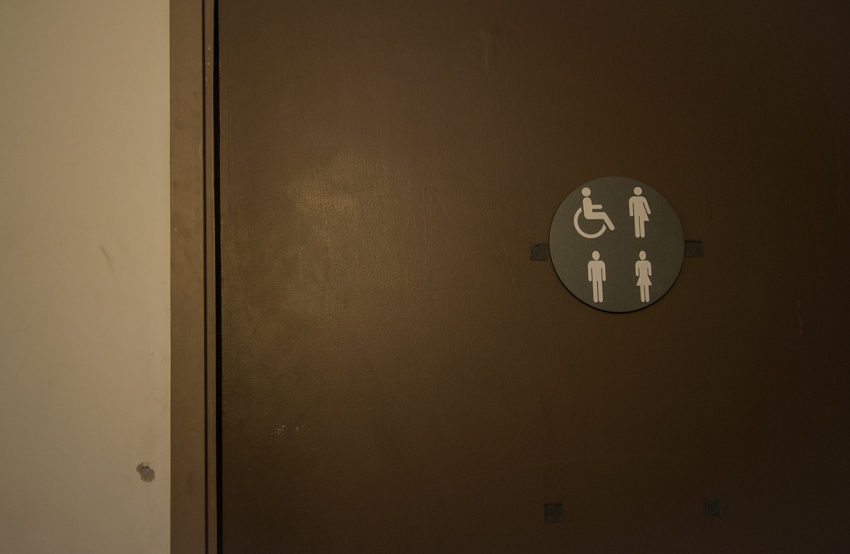 In the past year, the topic of gender-neutral bathrooms has become more and more prominent debate in the media and political sphere. Recently proposed laws in conservative American states have pushed to criminalise the use of bathrooms that go against one’s “biological gender”. The punishment for this “crime” could be up to a year jail time and thousands of dollars in fines. The Obama administration has discouraged this, but it remains a hotly debated and tenuous topic. Superstore Target, after introducing gender-neutral bathrooms in all stores nationwide – a move that cost the corporation a reported $20 million dollars – received heavy criticism and calls by right-wing groups to boycott the store. For what is a relatively minor change in society, it has been met by a major reaction. Maria Trumpler, Director of LGBTQ Resources at Yale College, explains to The University Times over email that while they didn’t encounter strong “push back” or criticism on campus when the college introduced gender-neutral bathrooms last year, she believes that it is important to “make sure there are still single gender restrooms for those who strongly prefer them”.

In Ireland, the journey toward an increase in public gender-neutral bathrooms has begun on a collegiate level. National University of Ireland Galway (NUIG) recently announced their plans to introduce gender-neutral bathrooms on campus for the coming academic year, following their neighbouring Galway Mayo Institute of Technology (GMIT) who have offered the facilities for a number of years.

For lots more, this says that no matter who you are, you are welcome and respected here. That the institution recognises that you know your own gender identity better than anyone else does.

Similarly, Queen’s University Belfast has adopted a Gender-Neutral Washrooms policy, as have NUI Maynooth and University College Cork (UCC). The Union of Students in Ireland (USI) have also incorporated gender-neutral bathrooms into their events. Speaking to The University Times, USI Equality and Citizenship Officer, Síona Cahill enthused about this growing increase in gender-neutral bathrooms across Irish campuses: “It is genuinely fantastic to see moves across institutions to provide spaces on campus which recognise the spectrum of gender identity and expression which exists.” She goes on to further emphasise the importance of this move: “For many, students going about their daily lives, this may seem like ‘just a symbol’, it won’t seem like it changes anything”, Cahill explains. “For lots more, this says that no matter who you are, you are welcome and respected here. That the institution recognises that you know your own gender identity better than anyone else does. That you have a right to be respected for that.” For many trans and non-binary students, the availability of gender-neutral restrooms allows them the opportunity to go to the bathroom and to not feel self-conscious, and to avoid the possibility of transphobic remarks, abuse or any unwanted attention. It enables them to have a safe place to relieve themselves on campus.

Here in Trinity, what seems to have been a consistent point raised in the race for the position of Trinity College Dublin Students’ Union (TCDSU) Welfare Officer over the last number of years has been the lack of accessible gender-neutral bathrooms on campus. This is something that has changed this year with the introduction of gender-neutral bathrooms in the Arts Block, as per a proposal made by Conor Clancy in his capacity as last year’s Welfare Officer and as part of the College’s groundbreaking Gender Identity and Expression Policy. Published in 2014, it states: “For a range of equality-related reasons, it would be considered good practice for College to consider the provision of private cubicles within existing changing facilities where they are not currently provided. It is also considered good practice for College to provide non-gender specific facilities where possible (e.g. non- gendered toilet facilities, accommodation etc.)”

As of this month, gender-neutral bathrooms are located across the Arts Block, ranging from the third to the sixth floor. A map is provided for students through TCDSU and more bathrooms are to be introduced over the coming months. The focus on the Arts Block, as explained by current Welfare Officer, Aoibhinn Loughlin, to The University Times, comes from the fact that the Arts Block has a distinct lack of gender-neutral bathrooms and a “high amount” of students that would avail of the services. This development happened “very quickly” over the summer, the union’s LGBT Rights Officer Sean O’Carroll says to The University Times, as it really came down to a matter of identifying the bathrooms that were already in place in the college. He also notes that college has “promised” to include gender-neutral bathrooms in all new buildings, which will include the new business school as well as the proposed student centre.

Many students would argue that this has been well overdue in Trinity. It has almost become a staple part of hustings in TCDSU elections to quiz the welfare candidates on their ability to incorporate gender-neutral bathrooms onto the campus. Candidates in the race last year were lambasted over the continued inaccessibility of the then-few gender-neutral bathrooms dotted sporadically around campus. O’Carroll points out that these were mainly in “staff only” areas as well as areas that need key-codes, therefore being virtually off-limits to any student. There was also the issue that many accessible gender-neutral toilets were in disabled toilets. “It was said last year that it’s not appropriate for any student who identifies as trans or other genders to be expected to use the disabled toilets”, Loughlin explains, and the new signage will reflect this. “The signs were decided on to be in a circle”, Loughlin details, “so that there’s no hierarchy, and there are four signs on it. One is a man, one is a woman, one is left-side man, left-side woman, and the last one is a wheelchair user.” Appropriate signage is key here, Cahill says: “Language and symbols matter. They impact how we perceive a space, and also how we perceive the people using it.” Stephen McCrystall, Diversity and Equality Officer of Queen’s University Belfast Students’ Union expanded on this while speaking to The University Times; “The key thing to highlight is that they are not just for trans students, they benefit everyone.”

Loughlin goes onto to clarify that the real difficulty in incorporating the bathrooms stemmed from administrative issues and “trying to get it through the different committees”. She explains that the original proposal needed to be adjusted, which initially proposed that the “minimum standard” would be “one minute’s walk from any point in campus”. “This was too unrealistic”, says Loughlin, “in terms of getting College on board, and the different schools and faculties on board”. However, she stresses that despite these difficulties, the College is “very supportive” of gender-neutral bathrooms. She hopes also that students will be as supportive. “I don’t think it’s very controversial. It was students that were always asking for it. It’s gonna improve lives of students, staff and visitors as mentioned in the different documents.” This problem of “controversy” was especially faced by Queen’s, McCrystall explains. The union has received complaints from “day one” and individuals protesting what they saw as “PC gone mad” outside the union building. This backlash was due in part to the fact that the building is public-access as well as being home to Mandela Hall, a popular music venue in the city. “There were lots of concerns because we are open to the public and anyone can use the building”, he explains to The University Times, “It was just the usual arguments you get. I suppose any other institution has to do the same and gets similar arguments.” McCrystall looked to bars and nightclubs in Belfast city to see how they had incorporated gender-neutral bathrooms, and to see any issue they faced. “I want to go in and be prepared.”

O’Carroll is confident that students in Trinity will be “welcoming” and he emphasises the need to make students “more comfortable and at home” in the College. Advocates for gender-neutral bathrooms have stressed that their use is to de-stigmatise those who do not follow gender norms and to make people feel comfortable and safe in public. At the end of the day, people should feel confident to enter a bathroom, especially at a university. Students should be confident that these toilets will be consistently cleaned and stocked up on washroom supplies, such as toilet tissue and holders. The campus could consider getting these supplies online. For example, phs Direct offer a wide range of commerical toilet roll holders for your organisations waste collection spaces. By being stocked up on these products, there shouldn’t be a problem with these washrooms. This appears to be a step in which Trinity, following behind other universities, is becoming more inclusive to all and helping to create what it hopes to be a tolerant environment for students to thrive in.