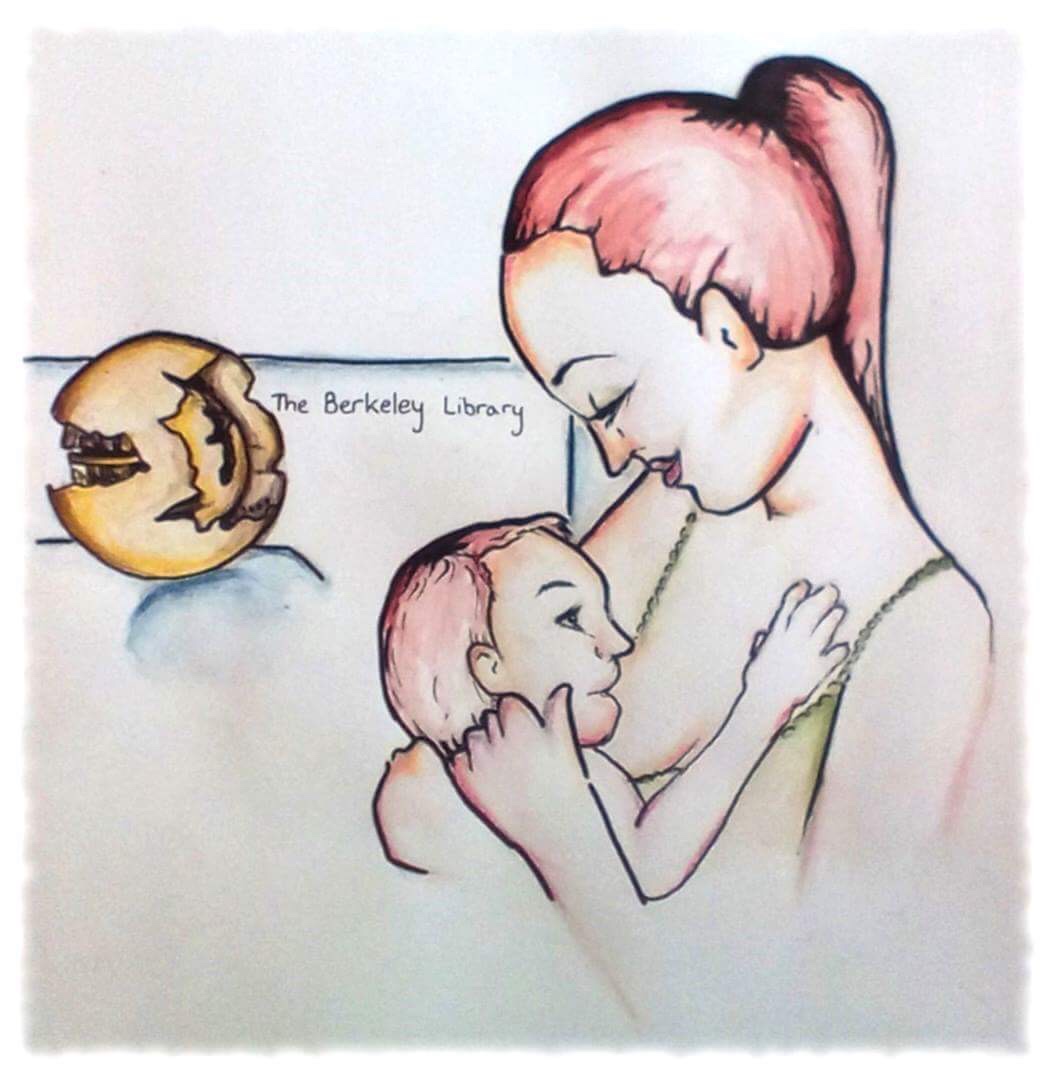 When it comes to new babies, there is a lot that new mothers have to think about. When it comes to parents having twins though that can be even more stressful. However, the parenting world does accommodate stuff like this, so new mothers will easily be able to find things like a good double stroller travel system, when it comes to being able to take their children out and about. But a travel system isn’t the main thing that mothers are worried about. Something every new mother is faced with is the decision of whether or not to breastfeed her child. The World Health Organisation (WHO) recommends that a child is breastfed exclusively for six months and up to two years and beyond with appropriate complementary food. It’s a very personal decision yet, for many, the choice to breastfeed is met by public commentary on what is right or wrong. Added into this is the challenge of finding a space in which new mothers feel safe and comfortable to feed their baby. According to the Trinity Policy on Supports for Student Parents, Student Carers and Students Experiencing Pregnancy the campus is considered a breastfeeding-friendly campus. This essentially means that mothers are encouraged to feed their babies anywhere on college grounds. Speaking to The University Times, Aoife Crawford, the Equality Officer, points out that while in theory this is fine, some mothers may not feel entirely comfortable with this process. “There’s nothing to stop a mother nursing her child in the Arts Block on the sofa,” she explains. “It’s just that people often prefer to have a quieter, maybe more private space.” Late last year, the Equality Office announced that it was attempting to scope out possible spaces that would be set aside for breastfeeding mothers. Since this announcement, five spaces have been made available including a space in the Trinity Biomedical Sciences Institute (TBSI), the Arts Block, D’Olier Street, Westland Row and the College Day Nursery. There are also further rooms which can be booked in Tallaght Hospital. Carly Bailey, the Student Parent Officer of Trinity College Dublin Students’ Union (TCDSU), believes these incoming changes are crucial steps towards wider acceptance: “Obviously, breastfeeding should be available to anybody regardless of student or staff to do whenever and wherever you want to.”

One of the problems facing those trying to get these services set up is the lack of data on student parents. “The difficulty from that point is view is, from what I know, there is no sort of data capturing available for college to know who is a student parent and who isn’t,” explains Bailey. Without this information, it can be difficult for the appropriate services to organise help and create policies supporting breastfeeding mothers. The College Health Centre provides a section on breastfeeding under the title of “Healthy Trinity”. While this is a step in the right direction, Bailey believes more could be done to ease the uncertainty faced by new mothers: “I suppose I’m going ‘you don’t even need a policy’.” Like, it’s breastfeeding. It is what it is, but I accept that it’s nice to back up the mum in that respect,” she says. “It’s not ok for you not to provide a space or not be supportive or anything like that, so therefore College should provide that and it should be publicised and made more available.” While employees of the College are afforded certain rights when it comes to maternity leave and space to pump milk or breastfeed, students aren’t as well accommodated for. Bailey believes that the provision of these spaces is a “step in the right direction” towards giving students more options when it comes to breastfeeding.

It’s a modesty thing, and the breast being a symbol of your sexuality rather than being a part of your biology and your nature and what it’s actually used for

There are other problems experienced by mothers, however, such as the humiliation and degradation sent their way for feeding their child in a public place. Bailey believes this is a generational problem and one that will only be solved with the normalisation of breastfeeding. “I think it’s just more that whole generation,” she notes. “It’s a modesty thing, and the breast being a symbol of your sexuality rather than being a part of your biology and your nature and what it’s actually used for.”

One group working with Trinity to normalise the image of breastfeeding mothers is La Leche League. Meeting the first and third Wednesday of each month in the vaults located beside The Buttery, La Leche League is a voluntary organisation which aims to provide an informal setting for mothers to meet others in a similar situation to themselves. Founded in the US in 1956, La Leche League is celebrating it’s 50th year in Ireland. Meetings are chaired by fully trained leaders who seek not to tell mothers what to do but instead provide them with enough information to make an informed decision. Elizabeth Quinn, a PhD student in Trinity and also a lactation consultant, has been a La Leche leader for 26 years. Speaking to The University Times, she explains that her first encounter with La Leche was before the birth of her second son. The fact that women can attend these meetings before the baby is born is often overlooked but, in her mind, they play a pivotal role in preparing for the arrival of a child: “It was really good to go before you have your baby,” she explains, “Because you meet people and you can put a face on them and then if you do run into any issues, even if you’re in the hospital, you can ring that person.”

The La Leche League meetings began in Trinity as a pilot programme, but their success over recent months has led to their continuation. Undergraduates, postgraduates, staff and even people from outside Trinity are encouraged to attend the meetings: “We describe ourselves as a mothering organisation with an emphasis on breastfeeding because it’s not just about breastfeeding. It’s everything.”

Initially, Quinn had hoped to secure a room on campus to host meetings and provide women with a more private space. This proved more difficult than expected, yet Quinn believes that their current set-up is more advantageous. “We were a little bit concerned because this is quite a busy area and we thought ‘oh well you know it’s difficult if people are talking’,” she reveals. “But actually it’s worked out very well because if you’re in a group you’re sort of just in the group and other people are talking, and it’s not really crossing over.”

Another benefit of having the meetings in such a public space is the awareness that is created. “A lot of mothers have had the experience of feeling uncomfortable, and sometimes it’s more the worry about going out than the actual experience. So we find even what we’re doing here is normalising breastfeeding in a public space,” she explains. Despite the benefits, Quinn would still like to find a room on campus which could become a meeting space for more private conversations.

Training to become a La Leche leader can sometimes take up to two years and requires the potential candidate to look into their own birthing and breastfeeding history while also completing an intensive training course. Here they learn many skills such as how to conduct meetings and partake in active listening, essentially providing the safest environment possible for mothers. “We don’t give advice,” says Quinn. “We give information, support and encouragement. So if a mother comes to us, it doesn’t matter what she asks us. If she says I want to wean my baby, well then that’s the information we give her.” Quinn attempts to always have two leaders at each session to give mothers the opportunity to speak privately if they so wish. Leaders are identified with badges and are also introduced at the start of the meeting.

At the end of the day, mothers are mothers. It doesn’t matter whether you’re 20 or 40. You’re going to have the same challenges and stages

The profile of the Trinity group has varied greatly. Mothers from several different nationalities and varying ends of the age spectrum have attended in the past few weeks. So far, only postgraduate students have attended, but Quinn hopes that once as term resumes more undergraduate students will join the meetings: “At the end of the day, mothers are mothers. It doesn’t matter whether you’re 20 or 40. You’re going to have the same challenges and stages.” Quinn is careful not to label any of the issues brought to her as “problems”, instead referring to them as “challenges”. This is to stop mothers seeing them as an insurmountable task, but instead as something which can be overcome: “For every breastfeeding issue we say there’s a breastfeeding solution.”

October 1st to 7th marks National Breastfeeding Week and a pivotal time in raising awareness for greater access to breastfeeding services. The theme for this year’s campaign is “Every breastfeed makes a difference.” As part of this week, Trinity will be exhibiting “The Milky Way Project”, an exhibition of photographs by Kate Nolan accompanied by a research panel discussion. Held in the Long Room Hub on Wednesday, October 3rd, the event features images of women breastfeeding their babies in various scenic and sometimes completely normal places. One particularly striking image shows a mother feeding her baby in the middle of the the Long Room, aimed at promoting breastfeeding in the college.

In the end, it all comes back to making these meetings and spaces more accessible to mothers and making them aware that they do exist. Crawford points out that “students and staff should never be afraid to contact their local areas to make arrangements if the current arrangements aren’t available to them”. For her, the “key” to unlocking the world of breastfeeding inside Trinity is building people’s awareness. For Quinn, comfort is the end goal and a wish that “mothers could just feel they could sit down absolutely anywhere and nurse their baby”.