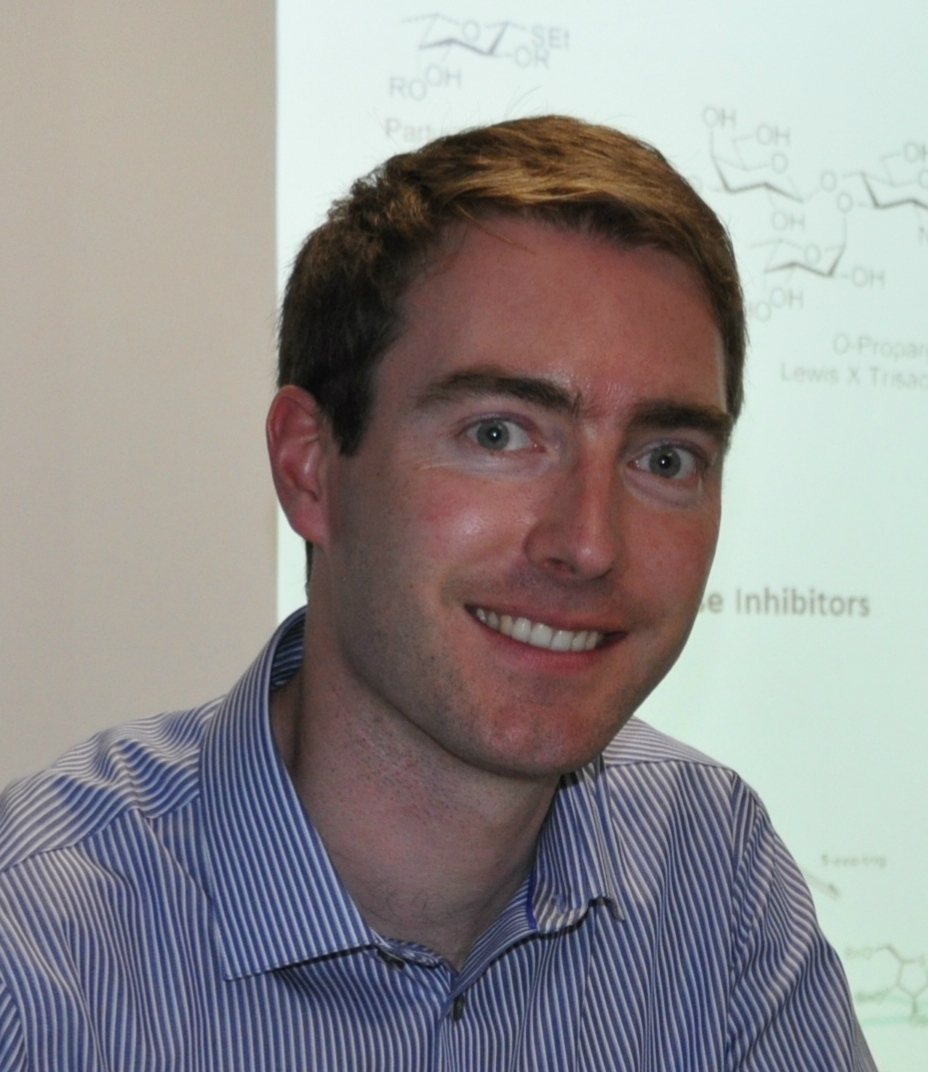 Trinity chemists have made a major breakthrough that will see the possibility of better targeting cancer cells without damaging healthy cells, with greater specificity than treatment options currently available.

The group, led by Associate Professor in Chemistry in Trinity, Dr Eoin Scanlan, have uncovered a new class of compounds called glyco-naphthalimides. Naphthalimides, the base block of the new class, are used extensively in medicinal chemistry and have, in the past, demonstrated potent anti-cancer activity.

Cancer treatments, such as radiation therapy, do not discriminate between healthy and cancerous tissues. While improvements in radiation therapy over the last number of years have yielded better results and have reduced damage to healthy peripheral tissues, some damage still ensues. Scanlan’s new target holds promise in that it offers greater specificity than many current treatments.

Speaking about the discovery in a press statement Scanlan said: “This is a really exciting discovery because it brings us closer to more targeted treatment of cancer.”

Targeting cancerous cells is problematic, as many drugs cannot differentiate between normal healthy tissues and harmful cancerous tissues and therefore both can be equally damaged during treatment. Damage to healthy tissues can result in a variety of unwanted side effects. This presents as a problem for medical professionals as it limits the dose of the drug that can be safely administered.

However, Scanlan and his team have shown that a group of naturally occurring enzymes, proteins involved in chemical reactions in the body known as glycosidases. Higher levels of these enzymes are found in tumour tissues. This is one change observed in cancer cells and not present in normal tissues, meaning these enzymes can be used as potential drug targets.

Targeting these enzymes specifically means that the drug won’t become active until it reaches the cancerous tissue, thereby minimising damage to healthy tissues and reducing risk of potential side effects.

“Our next steps will be to apply this technology to release specific anti-cancer drugs and to test it against a range of different cancer types”, added Scanlon.

In addition, the findings of this study may be used to create images of tumours, aiding in diagnostics and treatment. By injecting an imaging molecule that only becomes active when in contact with these glycosidase enzymes in cancerous tissues, you can form an image of a tumour, allowing for better quantification of the tumour size and therefore better treatment.

Some of Dr Scanlan’s previous work involved the development of GlycoCoat, a carbohydrate coating that can protect surfaces normally prone to damage or fouling over time such as carbon or metal. A potential use of this technology is in pipes used in the brewing of beers.