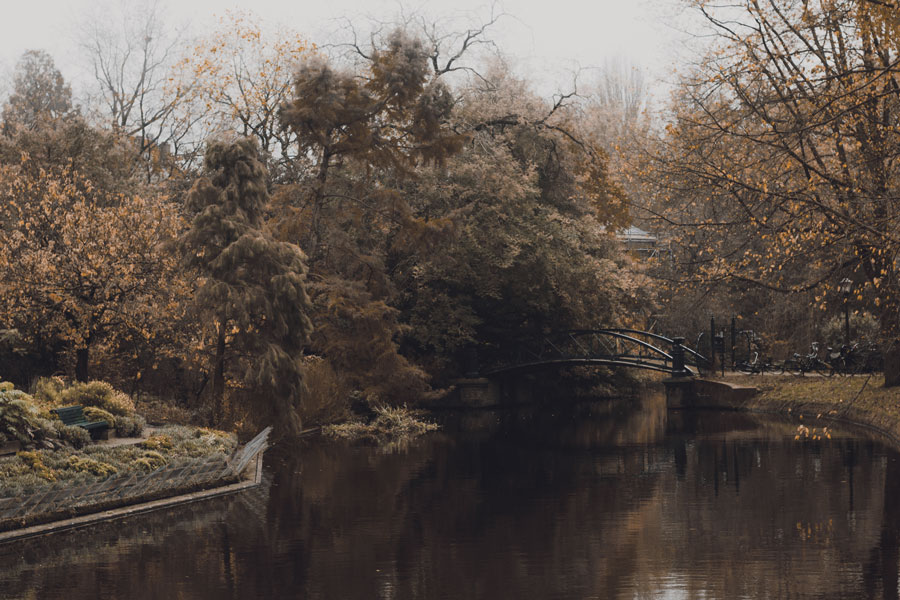 There was a distinct sense of disappointment when I asked friends to recall their trips to Amsterdam in preparation for my own holiday, and from my own memory of my sixth-year holiday, that was understandable. Arriving at Centraal Station, our bodies crying out for rest, my friends and I were faced with kitsch tourist traps during the day and overpriced clubs, reminiscent of Harcourt St, at night. Our next stop, Berlin, proved to be a far better city for the stress relief that we had gone to the continent to seek in the first place.

Therefore, I was wary returning to Amsterdam. The sights and smells (or rather, smell) of the city centre had lingered far longer than I would have hoped after my last encounter with the “Venice of the North”, and I was expecting much of the same. But as I headed south across serene canals and bustling cycling lanes, I was quickly reminded of how little I had seen during my brief stay two years ago. Museums and thrift shops lined the streets down which workers walked on their morning commute.

Although the nightlife often left much to be desired, the cultural destinations of the city more than outweighed the disappointing tourist bars. Whether it was art or history we went in search for, Amsterdam provided. We could have spent days in the Museumkwartier alone. From the likes of Rembrandt and Vermeer, to Warhol and Banksy, works by world-famous painters covered the walls of each museum we entered. But the most memorable experiences were to be found in galleries hidden away in cul-de-sacs and in traditional Dutch houses around the vibrant De Pijp and Oostpoort areas. Here, one can get away from the swarms of tourists and selfie sticks that surround “The Night Watch” and Van Gogh’s smoking skull and spend time examining the carefully curated collections of each museum.

Perhaps the only museum truly worth braving the hordes of tourists for is the Stedelijk. Standing out among the traditional buildings of the Museumplein, the great white behemoth contains one of the world’s finest collections of modern art. The collection spans the 20th and 21st centuries and takes you on a journey through some of the most exciting developments in painting in recent years. Cubists give way to more experimental and current work, as sculpture and other mediums are added to the collection in later rooms. We were finally led to the museum’s most impressive, at least by scale, piece – a recently restored Keith Haring canopy that hangs from the ceiling.

The stark contrast between large established museums and smaller galleries can also be seen throughout the city. Venture closer towards the old flower market and shopping districts, and you’re transported into a distorted and exaggerated version of the city from before, much like the feeling you get while jostling for a better look at a Dutch master in the Rijksmuseum. In this area, the city feels almost cartoonish, filled with clogs, tulips and herring. It’s important to get the full Amsterdam experience, but I couldn’t avoid wanting to rush back out to quieter parts of the city whenever I spent time here.

The laid-back atmosphere in places like the area around the Fotografiemuseum can also be felt in the residential districts of the city, where locals spend their afternoons in small cafes and parks when the weather is particularly pleasant. This sense of calm was strongest in the beautiful botanical gardens. The ornate townhouses and wide, empty streets of east Amsterdam were a precursor to the calming gardens that provided us with what proved to be a, much longer than expected, break from shopping and rain. The city can look rather dull on grey days here, but the brilliant colours of these gardens were more than a match for the dreary autumn days we experienced during our stay. Walking through the misty tropical greenhouses with rain tapping on the glass roof, we couldn’t have felt further from the grimier central areas where we had spent our morning. 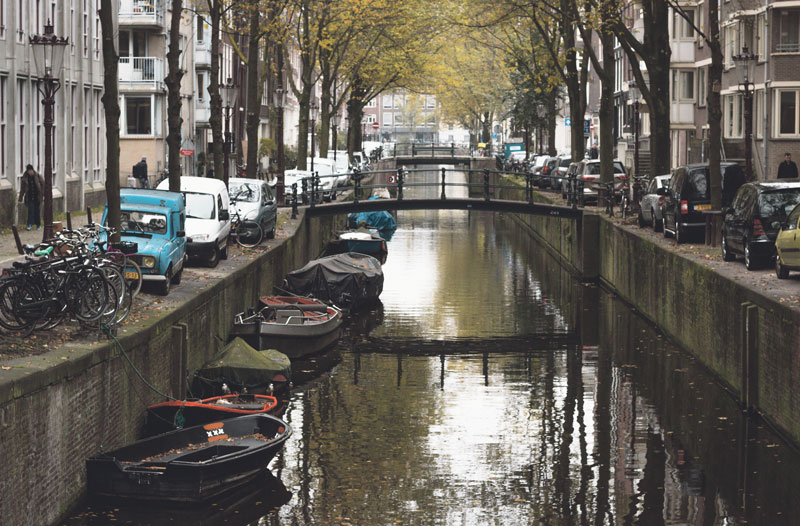 “There is no better way to spend a weekend than sauntering along the banks of a tree-covered canal.”
Ivan Rakhmanin for The University Times

Museum-hopping can only take up so much of the day and one of my favourite ways to spend the rest of my time there was to wander through the seemingly endless supply of independent shops. Crossing over Prinsengracht, the outermost canal of the three that encircle the city centre, we found dozens of stores selling vintage clothes, antiques and other oddities. Waterlooplein flea market provides a similar selection of goods but in a much more informal setting. Grab some oliebollen from one of the many food carts and wade through the stalls selling anything from Mighty Ducks merchandise to porcelain windmills.

These food carts around the city are an integral part of any lazy walk through Amsterdam’s parks. They can be pricey near the centre, but some of the city’s best food is to be found along the sides of canals. As always, looking for long queues of locals is the best way to do so – herring, waffles and the aforementioned oliebollen (Dutch doughnuts) are all on offer everywhere you look. Best experienced while strolling past Amsterdam’s old architecture, this street food gave us the perfect opportunity to keep exploring the city as we ate. But if you’re looking to slow things down even more, dozens of cafes and bistros are dotted around De Pijp where we were able to find traditional brunch food with some added Dutch flavours to keep things interesting.

There are, of course, excellent places to go should you look past the main street clubs and bars that hundreds of tourists funnel into every night. Amsterdam has a thriving electronic music scene and good clubs can be found relatively easily by asking locals or spending some time researching. But there are other cities in Europe better suited towards this type of holiday. Where Amsterdam sets itself apart as a holiday destination is through its relaxed atmosphere and beautiful cityscapes. There is no better way to spend a weekend than sauntering along the banks of a tree-covered canal, stopping in museums and cafes along the way.