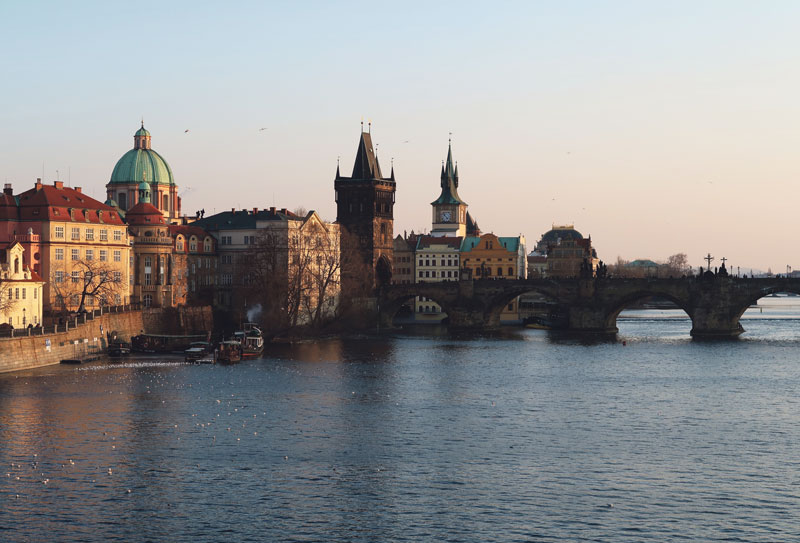 Ciaran Molloy for The University Times

The combination of rich history and cheap beer is something that will attract me to any city in the world.

If these were the two main attractions of Prague, after a few days there I found much more. A common destination for many university students, it is the epitome of duality. Simultaneously Western European and Eastern European, both vibrant and drab, Prague bears the scars of its turbulent past with a certain type of charm that would be difficult to find in any other major European capital.

But picking to visit Prague in February wasn’t the best decision. It was cold. Very, very cold. This made sightseeing a bit tricky, and we had to be particularly strategic when looking to visit the famous destinations that span the city. And the additional four days gifted by the Beast from the East, while welcome, did have us stretching to find more attractions to visit. It is very possible to “do” Prague in a few days.

Although the city is famous for its hostels, my group and I stayed in an AirBnb, for ease more than any other reason. It was located just between the urban, metropolitan New Town and the idyllic, historic Old Town, which gave us the perfect home base to see the city.

We started our trip by visiting the most popular tourist destinations of the Old Town Square, Charles Bridge and the Prague Castle. Taking the long way around, we entered into the Old Town through the iconic Powder Gate. When passing through the dark stones of the gate, one friend commented on how it looked straight out of the pages of Tolkien. Approaching the Old Town Square, we soon learned that it was a hotspot for tourists, with prices to match.

Once we reached the grand, open square, the history of Prague was put on full display. The historic churches mingled with buildings dating back to the Kingdom of Bohemia and Moravia, which existed before the Holy Roman Empire took the region. The churches are all within view of the massive monument built to honour Jan Hus, a somewhat de facto national hero who questioned the Catholic Church and was a predecessor to Protestantism. Unfortunately, the popular astronomical clock was undergoing refurbishment, so the 600-year-old relic was obscured by scaffolding and netting.

From there we found our way to Charles Bridge, though not without (accidentally) meandering through Prague’s many narrow cobblestone streets. The bridge was astonishingly impressive, and would be more so if it were not for the throngs of tourists. The bridge looked as though it could have been taken straight out of the Middle Ages, lined with gorgeous statues of various saints of marble, stone and steel. On the other side of the bridge was the path to the Prague Castle, which could be seen resting upon a hill overlooking the city.

By the time we had reached the area of the castle, the cold and hunger had gotten the best of us, so we tucked into a local restaurant that had good prices relative to the rest of the somewhat touristy areas. One of the main reasons I was looking forward to the meal was that I was desperate to try the local cuisine, and this spot seemed to offer an authentic, if a little fabricated, experience. 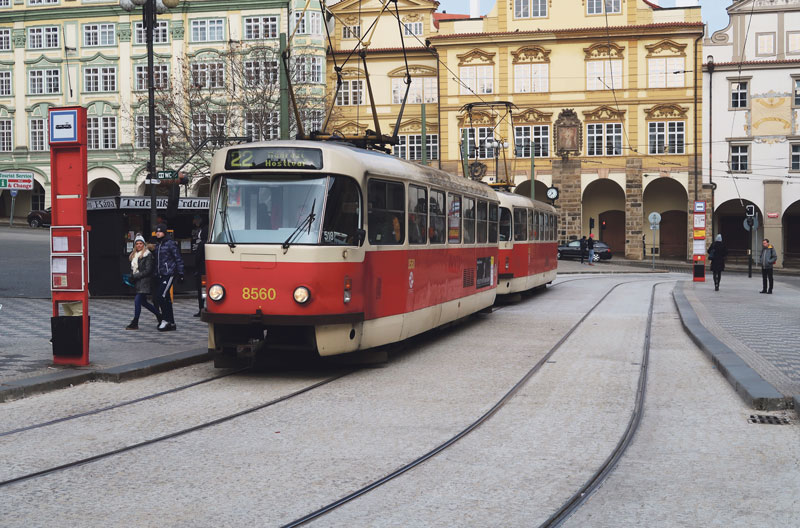 “Prague has an incredibly rich history. But not all of that history is something to be proud of.”

Photo by Ciaran Molloy for The University Times

Working off a travel guide I picked up in the airport, I ordered the traditional Eastern and Central European dish of goulash – a type of stew that originates from Hungary – alongside Czech dumplings and a pint of Staropramen Černý, which is a type of dark lager brewed in the Czech Republic. The warm stew, cold beer and friendly company brought a welcome change from the harshness of the outside, while costing less than €10 in total. From the window, we could also see the old Soviet trams pass by, which still remain the main method of transportation in the city.

After we finished lunch, we trekked the rest of the way up to the Castle, passing a monument to the students who protested the introduction of the Soviet Union’s pressure on the Czech government. Getting into the castle was easy enough, but once in the gates, the sheer size dwarfed us and we quickly lost our way, stumbling from sight to sight. We might have well have been making our way through multiple kingdoms and empires.

Once finished with the castle, food was the only thing on our minds. And there was no better spot to satisfy that need than by going to an old, Soviet-style dining hall. Inside the beige walls and under the fluorescent lights, I ordered what would soon become my regular meal of goulash and beer. Again, for an astonishingly low price, I was full for the night and ready to take on the next day.

Prague has an incredibly rich history. But not all of that history is something to be proud of. The city has a complex and at times terrible relationship with the Jewish community. The arrival of Jews in Prague has no set date, though most believe it to be sometime in the 9th century. The various kingdoms that reigned enacted extremely punitive measures to ensure that Jews were treated as second-class citizens. They were concentrated into one neighbourhood, now called the Jewish Quarter.

In the quarter, one synagogue acts as a museum detailing the timeline of Jews in Prague, while another is a memorial to the nearly 78,000 Czech Jews murdered in the Holocaust. Yet one of the main attractions in the quarter is the oxymoronically named Old New Synagogue, which boasts the title of oldest surviving synagogue in Europe.

But a more enduring scar of Prague’s tumultuous past lies an hour north of the city in the Nazi transport camp of Terezín. The compound acted as a prison for political prisoners, the vast majority of whom were Czech Jews, as the town of Terezín was turned into a Jewish ghetto. It is estimated that nearly 150,000 Jews passed through the Terezín camp on their way to the camps of Treblinka and Auschwitz in occupied Poland. The museum in the town hosts a sobering exhibit displaying artwork by children who were imprisoned.

Though an incredibly solemn experience, it was an important place to visit to understand the real history behind the modern and much-loved country.

Travelling back to Prague, I realised that the city betrays a history that’s more attractive than any cheap beer. From the barbarous treatment of the Jewish people to the various monarchs and rulers that have dominated the city’s history, it’s a place with a culture as winding as the cobbled streets. Go unravel it.