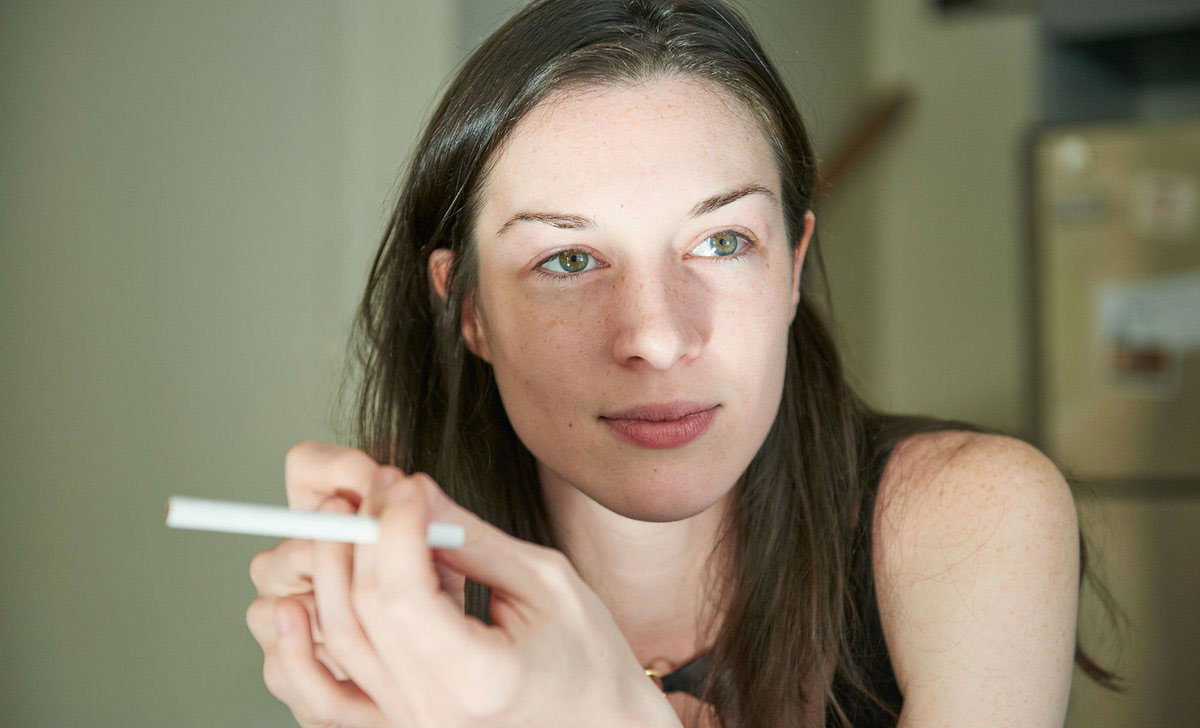 There is more than an echo of Welsh’s words in my interview with internationally famous adult film star and director Stoya. Because when Stoya talks about sex, it’s clear that for her it’s a joyous and celebratory thing. But speaking about her industry and the capitalism that drives it? It’s a far less rosy picture.

Talking to Stoya, I am struck by the extent of the responsibility she is made to bear for social issues. Feminism, sexual education – these are weighty responsibilities

“So I have only a superficial understanding and I would encourage anyone who’s interested to look it up … but basically, respectability politics is pull your pants up, have a decent haircut, gosh that eyeliner’s a bit loud … it includes things like the way you speak … and obviously mannerisms and so on.” I nod. “So me looking much more like one of your daughter’s friends, or someone that you might be in university with, that leaves people more open. They feel some sense of commonality, so they’re more willing to listen, and be open, and take things to heart.”

She is sage: “So absolutely the way I look, the way that I speak … totally contributed to the career road that I’ve had. Probably it’s a very different one than if I’d been tan and maybe blonde.”

It’s not porn itself that Stoya feels has made things abnormal in her life. “Being notable in my field – and I think a lot of this would be the same regardless of what field it is – that’s definitely made things a bit strange.” She tells me how she has been photographed and video-recorded in public without her knowledge or consent. Bits of conversations with friends have made their way on to the internet, her words taken out of context and set out for the world to see. She has to be mindful of public interest in her personal romantic life.

“Sex just opened a lot of doors and opportunity – but then the rest of my life? It’s made things very odd in certain areas.”

The way I look, the way that I speak, totally contributed to the career road that I’ve had. Probably it’s a very different one than if I’d been tan and maybe blonde

But that doesn’t necessarily mean that people know the real Stoya. She gets some people using her legal name in a calculating way: “Like they’re aggressively trying to be like, ‘I know something about you’.” Others think they know her because they have seen so much of her sexually. They don’t: they may know her sexual response but, as she points out, “that’s one small slice of a human being”.

For Stoya, though, the matter is complicated by the fact that she shares so much of what she calls her inner world through her writing. “People who read my work? They do actually know me, so it’s complicated.”

This is a fairly shocking admission. But does it suggest that pornography may be causing a dehumanisation of humans and human sexuality?

Sex just opened a lot of doors and opportunity – but then the rest of my life? It’s made things very odd in certain areas

Seemingly it all comes back to the internet, and to algorithms. “I think the way things are going we’re going to see more sophisticated ways of using [superficial markers] to navigate large amounts of content. A lot of that is going to be done by algorithms without our input, with varying degrees of success.”

Where we look at Brad Pitt in a movie and we know that he’s playing a role and not really like that, when we look at an adult performer, a lot of people seem to fail to draw the distinction

As for the industry itself, the Manwin-now-MindGeek-controlled world of pornography is an unequal place. Female porn stars may earn a better fee on most sets, but Stoya is doubtful whether this bears out over the course of a career. After all, women’s careers are shorter, and they do fewer of the more lucrative sex scenes. She tells me how she would react if there was a man of similar stature being paid more for the same work: she might, if she “really, really” wants to do the project, do it anyway, but she has dug her heels in on occasion and refused the work unless she is compensated equally. This kind of ultimatum, however, apparently “rarely works”.

Though we’ve touched on Stoya’s work as a writer, as well as obviously discussing her career as a pornographer, I want to ask her about another job she’s unexpectedly had to take on: that of sex educator. It’s a role with which she’s not entirely comfortable. She is clear that sex education is just not porn’s responsibility.

But for the moment, this seems a distant pipe dream. Stoya herself has had one more than one sexual partner who has had an issue with using condoms. “They’re like, ‘oh, I don’t want to wear them, I don’t have much penetrative sex because as soon the condom goes on I have problems’. It’s turned out the condom is too small – and these are not hugely endowed people.” She is amazed at this state of affairs. “If you’re only going to do one thing for your sexual health, use a condom – and we’re not even getting people into condoms that work for them! That’s completely insane to me.”

Talking to Stoya, I am struck by the extent of the responsibility she is made to bear for social issues. Feminism, sexual education – these are weighty responsibilities, and ones that we wouldn’t ask women in other industries to address. I can’t help but feel that it’s a lot to put on Stoya’s shoulders.

I ask her whether being made responsible for these things annoys her. She tells me: “It doesn’t piss me off so much as frustrate me.” She explains that she is a pornographer: she alone cannot have all the answers. In her “wildest fantasies”, she would have a team of experts from the likes of the Centre for Disease Control and the World Health Organisation, as well as an array of psychologists, to answer the kinds of questions that people are asking her so she could put the “master fucking fact-checked, researched, source-cited guide” to sex-related issues on her adult website, zerospaces.com.

“I always feel like if you’re coming to me instead of going to the expert, there’s a reason, whether it’s shame, stigma, discomfort, just didn’t think of it … or maybe it’s hard to get a hold of the expert for something like … ‘I have these sexual fantasies about dressing up in a raccoon suit’. Like, who do you go to with that?”

So, is it a case of just needing to talk about sex more?

Stoya is cautious: “Sometimes when I hear, ‘how can we be more sex positive in everyday life and conversation?’, it sounds like we’re aiming for everybody being comfortable talking about sex with everyone all the time. But for me, the first thing is to make sure we’re being reasonable here.” She questions whether we can expect people be comfortable with the idea of talking with a stranger about an ingrown ball hair on a bus. “Or being like, ‘hey, is anybody sitting in this extra space at your table? No? Ok cool, so last night someone was going down on me and the strangest thing happened’ … we don’t want that.”

But as regards shaming or discriminating against people based on their sexual history? “We live in the real world: judgment is going to happen. Do what you can with a person who maybe doesn’t understand how they’re being hurtful or harmful. Pulling them aside and having a small conversation … that sometimes helps a person grow and has a real, positive effect in the world.”

I have a final question for Stoya, and I think it’s one she is qualified to answer, even without a team of experts to consult.

Does she have one piece of advice for better sex? “Communicate.” That’s it? “Yeah.”