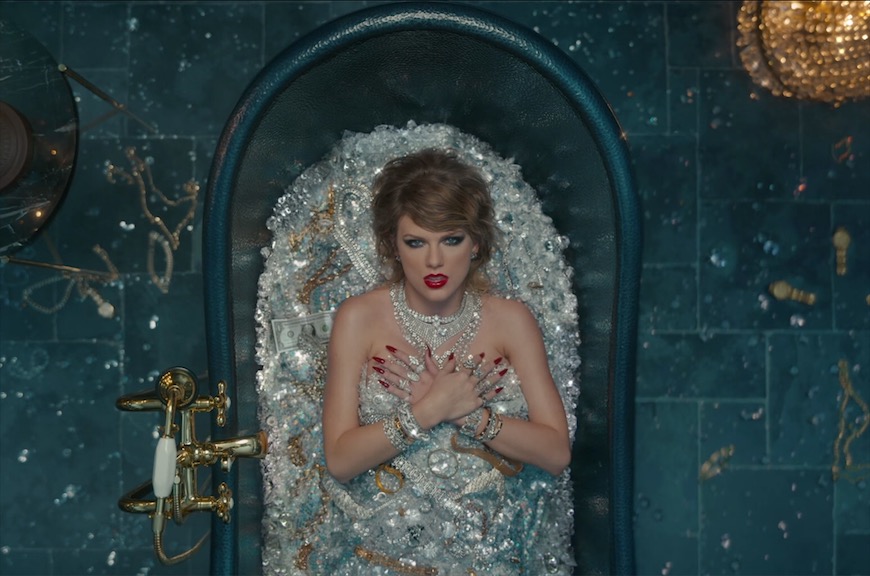 Everyone is entitled to their opinion. This is a platitude people love to offer me when I challenge them on their aversion to Taylor Swift. I won’t go so far as to dismiss this statement out of hand. In today’s culture, a person’s entitlement to an opinion is a precious commodity, one which should absolutely be protected. Respectfully though, when it comes to opinions relating to the subject of this article, I am routinely baffled by how consistently, blatantly flawed they are.

In case this point needs clarifying, I am a big fan of Taylor Swift. Since hearing the dulcet tones of “Love Story” when I was in fifth class, I have bought every album, learned every lyric, and supported every career move made by the ten-time Grammy winner (but let me return to the Grammy awards later).

I’m not totally bereft of self-awareness. I know that this is not a popular stance for a 21-year-old woman to take. Taylor Swift’s popularity has ebbed and flowed in recent years – and that’s putting it kindly. To say the least, times have been tough for us Swifties. But this hostile climate has done nothing but strengthen my conviction that much of the criticism directed at Taylor Swift has been, at best, ill informed, and at worst, overtly sexist.

Let me offer a brief chronology. Things were going swimmingly in the Taylor Swift fandom for several years. The infamous Kanye West mic-grabbing incident was a bitter pill to swallow, but this episode of public bullying was seen for what it was, and public support remained firmly in favour of the “Shake It Off” songstress. She went on to become the youngest-ever winner of album of the year at the Grammy awards, and released a slew of commercially and critically successful records.

Cue Kanye West’s unwelcome return to the narrative in 2016. I won’t dwell on the ugly details of the ignition of this public feud: if you have any sort of tangential awareness of pop culture, you most likely do not need a refresher course anyway. But just to temper the one-sided nature of this article, what happened was as follows. West released a track that included the lyric: “I feel like me and Taylor might still have sex. Why? I made that bitch famous.”

I admit that my confidence in my idol wavered momentarily. The footage seemed inarguable and the backlash was immediate and vicious

In her acceptance speech for her second Grammy award for album of the year, Swift alluded to her disdain for the lyric and encouraged women never to allow others to take credit for their achievements. Kim Kardashian West shortly after released a video recording, accompanied by a series of snake emojis, of her husband seeking Swift’s approval of the line in question, with West apparently receiving it.

The optics of this were very bad. I admit that my confidence in my idol wavered momentarily. The footage seemed inarguable and the backlash was immediate and vicious. Swift offered a brief statement explaining her side of the story but her actions spoke louder than her words when she disappeared completely from the public eye.

It is my opinion that this incident has been blown out of proportion though, in regard to its allegedly detrimental impact on her career. The most disappointing criticisms of Taylor Swift had been simmering for years by the time Kardashian West leaked the singer’s phone call with her husband.

“She’s a serial dater.” “She always plays the victim.” “She only hangs out with models.” These are among the most commonly cited critiques of Taylor Swift, and predate her feud with Kanye West significantly. Labelling her as a Trump supporter and/or a white supremacist unfortunately became more popular in the wake of the “Famous” furore. But for how vehemently people seem to dislike Taylor Swift, I struggle to see how these criticisms of her are in any way convincing.

What is so scandalous about a 29-year-old woman, who has spent her entire adult life in the public eye, having had a number of high-profile relationships? Criticising Taylor Swift for having romantic relationships is old-fashioned and sexist. Men who behave similarly are not routinely lambasted for their conduct. Similarly, male musicians who refer to these experiences in their songs are not accused of “playing the victim” or manipulating the facts. To level these critiques at Taylor Swift is to assume and imply that she is the wrongdoer in the situation.

Can things not just be as they appear? Might Swift not actually be documenting genuine feelings of anger and disappointment in her songs that chronicle failed relationships? Even if these feelings are not genuine, they are the markings of a savvy businesswoman. Heartbreak is lucrative, and if Swift chooses to capitalise on that artistically, I don’t see why that should be so abhorrent.

Her friend group consists mainly of other high-profile woman who work in the entertainment industry. I for one, share commonalities with my group of friends. We are in a similar place in our lives, have similar aspirations and interests. (Apart from my love of Swift. My friends tolerate, but do not share in, my dedication. Yet.)

The presumption that Swift screens her friends based on their looks, wealth and popularity is another indicator of the sexist tendencies of many of her naysayers. Women are capable of forming sincere friendships, despite what this criticism suggests. Why must a friendship between a group of women be made into something exclusionary and elitist? The fame enjoyed by Swift and her friends is irrelevant here. Groups of women supporting each other shouldn’t be something that is applauded, but it shouldn’t be something that is vilified either.

What is so scandalous about a 29-year-old woman, who has spent her entire adult life in the public eye, having had a number of high-profile relationships? Criticising Taylor Swift for having romantic relationships is old-fashioned and sexist

The negative discourse around Swift’s political persuasion has largely been put to bed after her public endorsement of Democratic candidates in the US midterms last year. However, the idea that she was a Trump supporter took hold for a while, and was among the most frustrating accusations that was made against her.

Taylor Swift sued a man who assaulted her sexually. She spoke in vivid terms on the witness stand of the humiliation she endured, both when the incident took place and when he later refuted her claims. She has donated hundreds of thousands of dollars in support of other sexual assault survivors. To accuse her, then, of supporting an outward misogynist and his policies, is frankly absurd.

I don’t think Taylor Swift cares that much about her critics. She said as much in the oh-so-poetic “Shake It Off”, with the line, “haters gonna hate”. Really and truly, I don’t care that much either. I have enjoyed Taylor Swift’s music since the age of 10 and Spotify informed me that I listened to her for 60 hours last year, so she is not going to fall off her pedestal any time soon, as far as I’m concerned.

It’s quite rare for an artist such as Swift to be able to capture the rapt attention of a global audience for more than a decade. I identified with her in primary school when she sang about being overlooked for the cool girl, but I identify even more with her now, as her lyrics talk of coming to the realisation that a reputation is a transient, fickle thing, and is unimportant at the end of the day.

I’m glad that I reached this conclusion, because if I cared that much about my reputation, I’d probably have written an article about Ariana Grande instead.