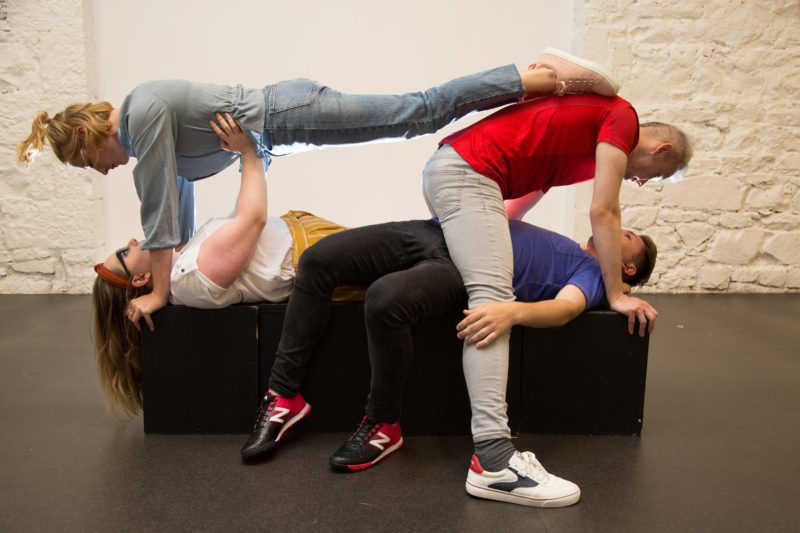 Students in NUI Galway are touring Ireland, performing an original play called The Types of Sex You Might Have in College.

Trinity’s consent classes may be awkward to sit through for some, but they’re necessary – a truth that is becoming more and more evident every year.

Everyone has a story about sexual assault – whether it’s a personal experience or a friend or family member’s experience – and it seems that the number of these stories that take place on college campuses has multiplied dramatically.

Colleges are waking up to this alarming reality. Some have introduced mandatory consent classes and workshops for its students. Trinity, for example, has expanded its consent classes to College staff.

Speaking about this expansion, Welfare Officer Aisling Leen says: “The longevity of the College is in the staff members, but we really just want to reach as many people as we can – that’s our aim.”

Citing a study which claims that a quarter of the population needs to be reached to make a cultural change, she tells me that the welfare team is on the way to achieving this: by the end of this academic year it will have reached the necessary 25 per cent of the undergraduate student population.

The question lingers, however: are consent workshops really enough to tackle a curse that continues to plague universities?

One of the main issues that I’ve found over the years is victim blaming. It’s constant and isn’t stopping even though we’re more aware of it

In the past year, as more and more rape cases were reported in Cork City, campaigners there started to take greater action in combatting the lack of consent awareness. The Safer City Intiative, a collective made up of the Cork Sexual Violence Centre, the Gardaí, Cork City Council, bar and nightclub owners and street pastors, lauched the “Tea Consent” campaign. Aimed at incoming college students, the campaign distributed leaflets on consent throughout the city during freshers’ week and held open-air talks.

Consent is a much-discussed topic in Cork at the moment. Last year, comments by a defence barrister on the underwear of the complainant sparked an international outcry. The barrister had inferred that the phrase “she was wearing a thong with a lace front” could be used as a defence against rape.

Mary Crilly, director of the Cork Sexual Violence Centre, says that the Tea Consent campaign aims to raise awareness of sexual violence and that “one of the main issues that I’ve found over the years is victim blaming. It’s constant and isn’t stopping even though we’re more aware of it”.

“Only 10 per cent of people who are raped go to a rape crisis centre. I want to say to the other 90 per cent that it was not your fault.”

Meanwhile, in NUI Galway, some of the college’s drama and theatre studies graduates are touring Ireland, performing an original play, The Kinds of Sex You Might Have at College, centred around sexual situations.

Dr Charlotte McIvor, a lecturer in drama and theatre studies at NUI Galway and the director of the play, tells me: “The play is situated as part of a wider intervention of the Active Consent training. It doesn’t tell one story or two stories: it’s a composite of probably 20 to 30 stories woven together.”

On stage, actors interact with the crowd, drawing them out of their shells and sparking discussion about sexual violence. McIvor tells me: “There are moments in the performance when it opens up and where we ask questions of the audience in terms of their beliefs about certain statistics.”

This interaction between the actors and the audience continues on after the play during a talkback. This gives members of the audience the chance to share their reactions and questions, and helps them build an expanded vocabulary for talking about consent and dealing with experiences across a variety of genders, relationships and sexualities.

McIvor best summarises the aims and impact of the play: “This play was created with young people for young people. We hope it empowers audiences to critically examine their own attitudes about sexuality and the way they communicate with partners concerning consent. We approach the subject unflinchingly in our treatment of assault, harassment and rape, but also with humour and optimism.”

“This is because we hope our audiences leave better informed and prepared to act in terms of calling out unacceptable behaviours and attitudes and pursuing more mutually pleasurable and consensual sexual practices, if they want to.”

In the UK, many universities have created campaigns centred around calling out and reporting sexual harassment. The #NoExcuse campaign, run by Edinburgh University, offers support to those who have experienced sexual harassment and violence, and teaches people what to do when they witness an incident of sexual harrassment.

Edinburgh University Vice-President of Welfare Oona Miller tells me that their campaign “aims to have a peer-led apporach to tackling sexual violence and spreading these ideas about what is problematic or normalising behaviour”.

Students have really reacted to the campaign, according to Miller: “People are being forced to confront the behaviour of their friends or their previous behaviour.”

The campaign featured messages that were crowdsourced from students themselves so that survivors’ experiences would be at the centre of conversations about sexual violence and harassment.

“We are seeing people starting to have these uncomfortable conversations with themselves and with their peers in response to the messages.”

The campaign has now secured funding for bystander training and sexual violence liason officers, showing how seriously the university is taking the problem of sexual assault. Miller says: “It’s really about pushing the higher education institutions to pay enough attention to the importance of the conversation.”

“These ideas are becoming more pervasive again. The sort of macro-sociological trends like #MeToo and Time’s Up have allowed consent to disseminate into global conversations.”

This is perhaps why Trinity’s consent classes are so multifaceted – focusing on a myriad of different approaches to tackling consent. Leen says they “really preach sex positivity and focus on good experiences”.

She tells me that the first-year consent classes at Trinity Hall are aimed at “the transition from secondary school to college where people might be thinking about having sex for the first time, or more than they were before they came to college”.

To adapt the consent training to different audiences, the welfare team has developed a new programme called “consent plus” which will be delivered to class representatives at their training in October. Leen tells me that as part of the programme, “there’s a mix of misconduct prevention and bystander training. It’s about empowering, not about putting a responsibility on someone”.

In November, the team hopes to launch a cohesive brand for consent, which they plan to roll out through campaigns and on social media. With this increase in classes, conversation and visibility, Leen hopes that “the more we talk about this, the more people will feel they can report or realise that something that happened to them was more than what they thought and is worth reporting”.

With the introduction of consent intern, Rachel Skelly, Leen says that the welfare team “can do so much more because previously it was everyone trying to make the time, but it’s now Rachel’s full-time job”.

“Rachel is the number-one person on consent in the College. She’s helping us reach more people.”

While consent classes may not be the perfect solution to eliminating sexual harassment, they are a step in the right direction. Secondary-level sex education classes are woefully uninformative, with open discussions about sex still stilted to the point of non-existence. Any conversation around sex, then, is constructive.

As Leen says: “If you take the consent side out of it, we don’t talk about sex enough.”