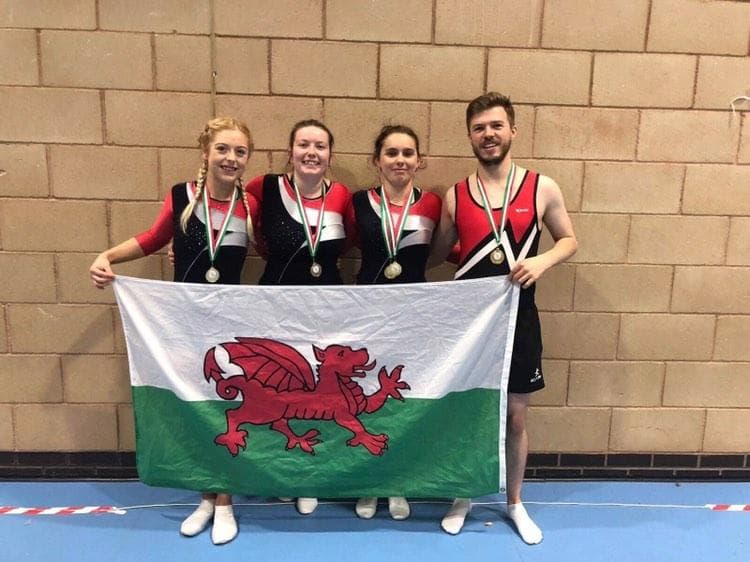 Four members of Dublin University Trampoline Club (DUTC) competed in the Welsh Open qualifiers this past weekend, bringing home a total of five medals – four gold and one silver.

Adelais Farnell-Sharp claimed silverware in two disciplines. She won the gold medal in both the double-mini trampoline stakes and in the individual women’s competition at advanced level.

She was joined on the podium in the women’s advanced level by fellow Trinity student Orlaith Geary. The former DUTC captain took home a silver medal.

The fifth medal was won by Janice O’Gorman, who claimed gold in the individual women’s competition at intervanced level.

In competitive trampolining, athletes are scored on the amount of time they spend in the air while performing jumps in various positions, including straight, pike or straddle position, as well as more difficult manoeuvres such as the somersault and the twist.

Double-mini trampoline can be described as a combination of trampolining and gymnastics, with competitors making a running start and performing triple and double somersaults on a trampoline which is less than a quarter the size of a regular trampoline.

The four students will now look forward to the Welsh Open finals which will take place on December 7th and 8th at the Sport Wales National Center in Cardiff.