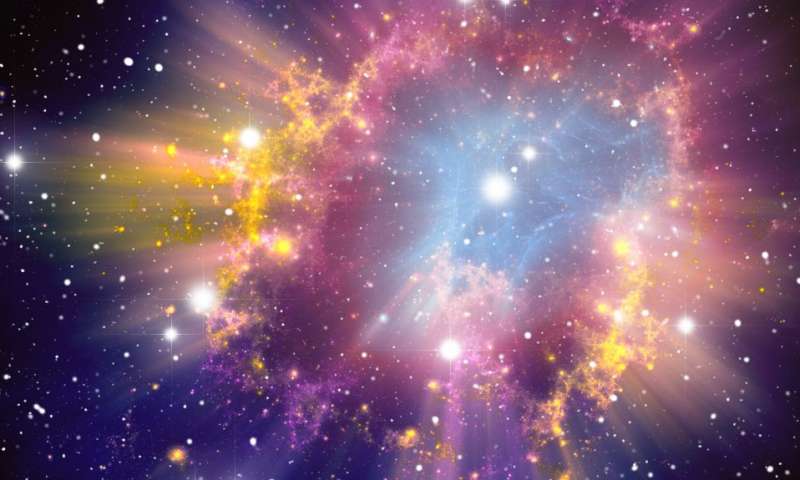 A team of international researchers, including a Trinity scientist, has made a major discovery in relation to a type of supernova – the “last hurrah” of light produced when stars explode at the end of their lives.

Dr Kate Maguire, an assistant professor in Trinity’s School of Physics, participated in a research initiative that has found that supernovae, rather than fizzling out after their final acts as was previously thought, can experience plateaus of up to a year in their light curves after death.

Maguire, who travelled to Chile to visit a large telescope in the country, said of the research that “these new observations are very exciting as they reveal that many Type Ia supernovae just stop declining as expected at late times and stay bright for up to a year”.

Type Ia supernovae occur following the death of one star orbiting another.

In a press statement, Maguire added: “Most supernova research is conducted in the weeks or months immediately following an explosion, but we wanted to see how light curves behave at late times, around 500 to 1,000 days after explosion.”

Or Graur, of the Harvard–Smithsonian Centre for Astrophysics, led the research. In a press statement, Graur said: “Most supernova research is conducted in the weeks or months immediately following an explosion, but we wanted to see how light curves behave at late times, around 500 to 1,000 days after explosion.”

The “last hurrah” of a dying star, a supernova can briefly outshine entire galaxies and radiate more energy than our sun will in its entire lifetime.

Maguire’s visit to Chile’s Very Large Telescope, one of the flagship telescopes of the European Southern Observatory, was combined with data from the Hubble Telescope to allow the scientists to create a more comprehensive picture of the long plateau of the Type la supernovae.

Maguire said: “These results go against what we had previously thought we understood about the complex processes going on during these massive explosions. It’s very important to understand this in more detail so that Type Ia supernovae can continue to be used to understand the fundamental properties of our universe.”