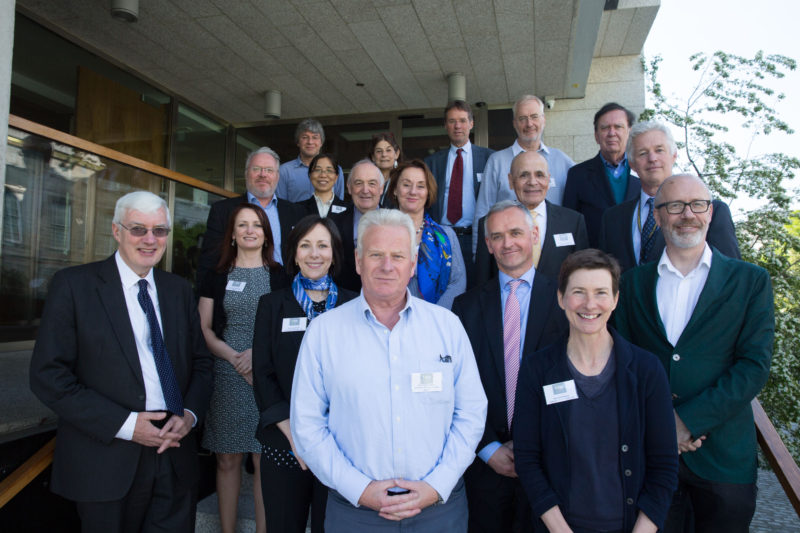 Trinity researchers have identified a possible link between sleep deprivation among older adults and poor health.

The study also found that people aged 50 and older who are retired, unemployed or taking antidepressant medication sleep more than those outside these categories.

The research was carried out by The Irish Longitudinal Study on Ageing (TILDA), which is based in Trinity, and was published in the Journal of the American Geriatrics Society.

The research found that the amount of sleep a person gets increases with age, with adults aged 50 and older sleeping for an average of seven hours and 42 minutes per night.

In a press statement, TILDA researcher and lead author Siobhan Scarlett said: “While sleep duration is not recognised as a public health concern, this research highlights an important subset of Irish adults who are not meeting the recommended guidelines for sleep duration and are at increased risk of negative health outcomes.” For some people, getting to sleep may not be as easy as it might be for others. But with this being said, being able to enjoy a good night’s sleep could be as simple as limiting phone usage before bed, reducing caffeine intake or even changing the mattress. Seeing as The Dozy Owl has good information on buying a mattress, this may be something worth looking into, especially if getting to sleep is a daily issue.

“Awareness of the impact of sub-optimal sleep duration and factors potentially driving these patterns, particularly those which are modifiable, is important”, she added. “Addressing the underlying causes of undesirable sleep patterns may help to facilitate improvements in the health and wellbeing of our older population.”

Some 14 per cent of participants recorded sleeping less than the recommended nightly amount. The recommended sleep range for adults aged 65 years and older is seven to eight hours.

TILDA’s principal investigator, Prof Rose Anne Kenny, said in a press statement: “Sleep duration is an important contributor to physical and mental health. There are a number of behaviours which if changed, can improve sleep quality and duration.”

“These apply to all age groups but particularly mature adults, almost one third of whom experience impaired sleep duration according to our recent data”, she added. “Awareness of medications which change sleep quality and duration and change in ‘habits before bed’ can help to regulate sleep duration and overall benefit physical and brain health.”

Previous studies have shown that both short and long sleep duration are risk factors for premature mortality, cardiovascular and chronic disease, and impairments in cognitive and mental health.

Earlier this year, TILDA found that elderly adults who can drive reported lower depressive symptoms than those who could not travel independently.

TILDA researchers also reported this year that elderly people who attend religious services regularly have better mental health than those who do not. The researchers, however, found that there is a “complex” relationship between faith and mental wellbeing for people of this age group.