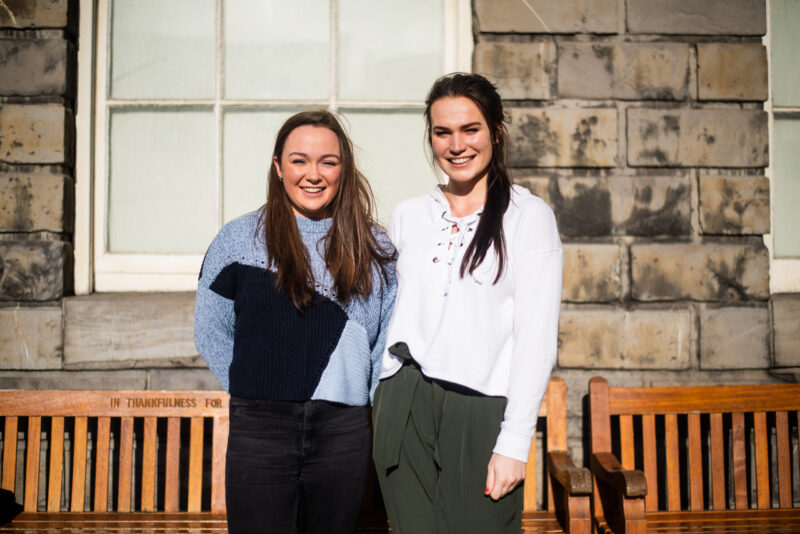 “I’m nervous but a little bit confident”, O’Flynn tells me, ahead of the side’s Fr Meachair Cup final clash against University College Dublin (UCD) tomorrow. “We won four out of four [in the group stage] which I don’t think Trinity has done in the last couple of years anyway, so we’re in a good position.”

Trinity find themselves in a similar position to where they were last year, when they made it to the final of the Fr Meachair Cup, only to be knocked out by Athlone IT. O’Flynn knows that the team must keep their heads screwed on: “We don’t want to get complacent because we got to the final last year and we were kind of hammered.”

The same Athlone team put an end to Trinity’s league run this season, sending them crashing out in a devastating fashion in their Third-Level League Division 3 semi-final last November. For O’Flynn and Stack, however, the focus has always been on the Championship. They view the league as an opportunity for players to learn and develop individually and as a team before the Championship starts.

“Our focus, from our manager’s point of view, has always been the Championship. For the league games, you’re learning because you’ve gotten all your new freshers for the league games and you don’t know what people are like”, O’Flynn explains.

Last year they didn’t have a dressing room ready for us, whereas this year we’ve made our stamp and everyone is like: ‘Jesus, Trinity won four out of four’

Asked how they bounced back from the disappointment of the Athlone defeat, she sees the positive side: “You’re gelling as a team, so I think we took that as a learning curve. I don’t think we took it too badly because we’ve always said that Championship is our goal.”

Stack echoes her captain’s words: for her, the experience gained from the league has been crucial to their Championship success: “Everyone got good runs, it’s the nature of college that there is a high turnover of players. Every year you’ve got some new freshers in and you’re after losing all of your key players from fourth year so the league is always used to get the team together I suppose and that’s what we did.”

“Everyone got a run in the league, we got to see how everyone plays and which team plays best. That’s how we landed on our feet in the Championship, because we had the league to see what works best for us”, she adds.

The team seems to have a different aura about them this year, both players say, the will to win seemingly ramped up from last year. “I don’t know if it’s just because I’m in fourth year, but there is a real drive to win this year”, O’Flynn tells me. “It was there last year, but this year everyone is kind of like ‘it’s do or die’. We have a really, really strong team this year, there’s something about this year that has just gelled.”

Stack, in part, attributes this to the new first years, telling me that this year’s crop of talent has been pointedly different to other years: “I think this year we just got seven or eight really strong freshers, whereas other years we might have two or three or four strong freshers.”

This is coach Shane Noonan’s last year in charge of the team, and his last chance to win a Championship

“They are leaders on the team and they’re only freshers – compared to other years where freshers might have been shy. I think that’s the difference this year, our first years are class.”

As a result, O’Flynn is quietly confident about her team’s chances this weekend: “It’s such a small thing, but even WhatsApp groups, everyone is buzzing the last few days. Not that we didn’t take it seriously the last few years, but I think that we genuinely do believe we have a chance whereas in the past, we’ve always been side-lined.”

And it’s not just O’Flynn and Stack that sense a change this year. Their competitors are sitting up and taking note as well: “Last year when we went out, they didn’t have a dressing room ready for us and stuff like that, whereas this year we’ve made our stamp on the competition and everyone is like: ‘Jesus, Trinity won four out of four’. For once, we are the force to be reckoned with.”

Similar to O’Flynn, this is coach Shane Noonan’s last year in charge of the team, and his last chance to win a Championship, and he sees something special in this team that he hasn’t seen before.

“This year we’ve noticed he’s really invested in the team – not that he wasn’t before, but he always says to us that there’s something special here this year”, O’Flynn says.

“It’s not him saying it for the sake of it, he didn’t say it last year or the year before when we had him and I think because it’s his last year as well and ours, we were the first year that had him as well, it would be amazing – and he’s great craic.”

When you’re best friends with the girl beside you, you’re going to put your body on the line for her

“He has some great one liners – not fit for UT!”, Stack adds, jokingly.

“It’s not really something that you can put into words, but when you’re best friends with the girl beside you, you’re going to put your body on the line for her – not to sound tacky or cringey.” Stack tells me.

O’Flynn affirms her statement: “We are on the same line, we are full forward and half forward. Nothing against the backs, but I think whoever you play with close on the pitch if you’ve got a good friendship with them as well. Like if I’m tired Stack will be like ‘come on Jules’.”

Similarly, the level of closeness means no one is afraid to let a teammate know if they’ve done something wrong, regardless of how long they’ve spent with the team.

“Especially on the pitch, there’s no hierarchy” O’Flynn says. “If a fresher wants to shout at me or Heather the captain, they are well within their rights, and I think everyone knows that. They are on that pitch because they’ve earned their place.”

After defeating University College Cork’s (UCC) B-team 1-6 to 0-3 this morning, only UCD stand between Trinity and silverware – not to mention promotion to the Purcell Cup. It would be foolish to bet against them.