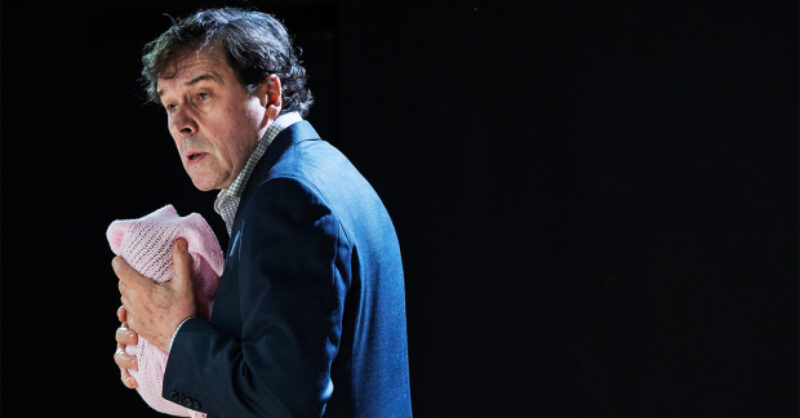 I recently read an interview with Australian illustrator Shaun Tan in which he used Newton’s First Law of Motion as a metaphor for his own creative process. Newton’s first law sets out that “every object persists in its state of rest or uniform motion in a straight line unless it is compelled to change that state by forces impressed on it”.

While scrambling for the right words to describe the reaction of the Irish theatre industry to the limitations presented by the current pandemic, this stand-alone statement struck a chord with me. It’s no secret that all industries have been compelled to adapt as a result of this unprecedented and unbalanced force. For Irish theatre, however, such adjustments have ignited a united movement and the release of reams of archived and fresh content online just in time for World Theatre Day 2020, which falls tomorrow, on March 27th.

This year’s celebrations are set to break the mould. For the first year since 1962, auditoriums will gather dust while pyjama-wearing, tea-drinking theatre fanatics tune into a limitless myriad of online platforms to mark the occasion with a distanced sense of creative comradery.

Despite the disappointment of production postponements, cancellations and uncertain circumstances, theatre-lovers tomorrow should not despair. When again will you sit front-row at back-to-back shows in Cork, Dublin and London without moving seats? World Theatre Day 2020 will go down in the history books and this is how you can be part of it.

The Abbey Theatre, in conjunction with London’s Royal Court Theatre, is releasing a film adaptation of Cyprus Avenue by David Ireland online from 12pm tomorrow. Cyprus Avenue tells the story of a long-time Belfast loyalist but first-time grandfather, for whom the shadows of the past flood visions of the future. Starring Stephen Rea in what the New York Times called “one of the defining performances of his career”, this film combines live footage of the performance from the iconic stage production with location shooting in Belfast. Keep your cursor on the Abbey Theatre’s YouTube, Facebook and Twitter pages, or on the theatre’s website for access.

Winner of the 2020 Dublin Fringe Festival Little Gem Award, Patchwork was set to open in Bewley’s Cafe Theatre this week. Written and performed by Louis Deslis, the play is a “poetic punk portrait” of a young Frenchman’s sense of displacement despite the “craic” of our beloved Dublin streets. To raise money and awareness for the Civic Theatre’s Artist’s Emergency Relief fund, Red Bear Productions is live-streaming an extract from the show from France at 1.15pm Irish time to celebrate Irish Theatre Day. The stream will be available through a link on the company’s social media pages.

Pan Pan Theatre Company, one of Ireland’s most exciting theatre companies since its formation in 1991, announced this week that it will open its archives in solidarity with fellow artists affected by the ongoing pandemic. The company, which brought a stunning re-interpretation of Beckett’s Endgame to Project Arts Centre in December, will now release video footage of its favourite past productions at 12pm every Friday – fittingly, beginning tomorrow at noon. The content will be accessible via Pan Pan’s social media channels at noon every Friday.

Rough Magic – How to Keep an Alien

Sonya Kelly’s award-winning play How to Keep an Alien proved massively popular between 2014 and 2016 when it enjoyed numerous tours with Rough Magic Theatre Company. This hilarious autobiographical tale of unlikely love, immigation rows and international paper trails has warmed the hearts of many auditoriums in its time on the road. This week, Rough Magic has uploaded the show footage of a 2014 performance of the production in the Project Arts Centre for public access. To avail of this production tomorrow, go to the Rough Magic website.

Dead Centre Theatre Company has also jumped on the theatre streaming bandwagon with their 2013 production of LIPPY. Winner of the Irish Times Theatre Award for Best Production in 2013 among other accolades, this play follows an aunt and three sisters in Kildare in the year 2000. The family enter a 40-day suicide pact in their boarded-up home. The tagline insists: “We weren’t there … this is not their story.” If this is a stage-world you’d love to explore tomorrow, the link to the production on Vimeo can be accessed via the Dead Centre Theatre Company Facebook page.

Elsewhere, the National Theatre in London is releasing an NTLive production on YouTube for free every Thursday starting April 2nd, RTÉ Radio 1 has an extensive archive of radio plays available for streaming on its website, the Civic Theatre has compiled an impressive list of streaming services on its website in association with its Artist Emergency Relief Fund, and the World Theatre Day 2020 message from this year’s chosen playwright Shahid Nadeem is available on the International Theatre Institute’s website.

The reality, though, is that none of this entertainment just happens. Trojan trailblazers work arduous hours to give us art to celebrate, at the cost of their own financial security. In an industry where 30 per cent of artists, performers and arts workers already earn less than the minimum wage, the impact of the coronavirus could be disastrous. The Civic Theatre Tallaght has launched an Artist Emergency Relief Fund to support those working in the arts sector in this trying time and are accepting donations.